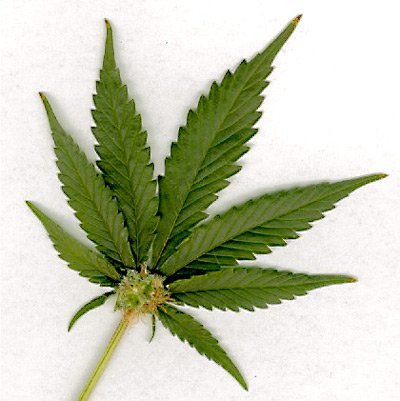 Finally, relief for Massachusetts cancer patients, those in chronic pain, those suffering from HIV-AIDS, severe arthritis, Multiple Sclerosis, Glaucoma and so many other debilitating diseases.  With the passage of Question 3 on the November 6 ballot, the Massachusetts voters legalized the use of medical marijuana, “smoking” that question by a two to one margin.    And it’s about time.

I think I’m starting to feel a headache coming on.  It may be a migraine.  Did I mention to you that I have a bad back?   And everyone knows I am so anxious I don’t sleep very well.   Honest.  I’m really not faking.

So now that Massachusetts is one of eighteen states (plus the District of Columbia) that have legalized medical marijuana, will we learn how to get a doctor’s prescription from states that have had some experience?    In many of those states, doctors prescribe cannabis for such conditions as anxiety, headache, premenstrual syndrome, and trouble sleeping.   I am told you can even get medical marijuana in California for writers block.  HA!  I’m so down with that.

Is a new (and perhaps hazier) dawn about to rise over Boston Harbor?  Is the Age of Aquarius for Massholes about to begin?  Is the home of the Brahmins and the Red Sox, about to become… just a little bit cooler?

Unstuff those shirts, Bostonians, because medical marijuana is coming to a town near you!     I am a little disheartened by the thought of how long the summertime lines will be at JP Licks in Newton Center next summer, but otherwise, I’m ready.

I’m ready for Bostonians to cool it up.   I’m ready for us to give our Sperry’s to our nieces and nephews in New Hampshire and buy a pair of Birkenstocks.   I’m ready to have everyone I know who owns a pair of brown wide-wale cords, a massive LV bag or a headband, donate them to their favorite charity, and invest in some hemp.

Pretty soon, Boston, it’s going to be all about the pipe and a pizza.

Think of it:  Massachusetts in all its glory, but a little more chill.  So many things will be just a little bit better.  Even driving!   I don’t condone driving while high, of course, but just imagine how fun rotaries would be.   Can you imagine anyone in Massachusetts saying, “Please sir, pull ahead of me.  Take that left- I’m in no hurry.” ?  And I am quite sure the people who made the road signs calling 128 South AND 95 North the same thing – well, they must have gotten their prescriptions extra early.

I’m ready for drivers to point me in the right direction with their pointer fingers.

I’m ready for Republican and Democratic leaders to smoke some weed and do some meaningful soul searching.

Everything will be better when medical marijuana comes to town.   Imagine standing on Comm Ave and watching the Boston Marathon for five hours…. Stoned.    It wouldn’t be nearly as boring.

Imagine not minding so much when the Yankees beat the crap out of us.

How about the Walk for Hunger?  Participation might hit record levels, but it might not look so good for the walkers to be heading down Beacon Street munching on Nachos and Goldfish.  For sure, though, the Gay Pride parade will be all that much better.

I know having pot more available here will be wicked good.  Fall colors will be that much brighter, “weeding” the garden in the Summertime will be so much more gratifying, we will marvel at the arrival of the crocuses in the Spring, and even snow storms will be cause for celebration.   Come on, kids, let’s make some “brownies!”  Then we can shovel the driveway together.  And then we can build a snowman, and admire it for a really long time.

Think of how much better the holidays will be with a little medical marijuana.  With a joint or two, what could be better than chillin’ with the relatives?  And think how much money the hosts will save on expensive wine.   I’m preparing to think deep thoughts about the love of family and friends.   And tell me please, what could be better for the munchies than deep fried turkey, stuffing, and cranberry sauce, followed by ten desserts.  I can hardly wait!

I truly think that Medical Marijuana will make Massachusetts a better place.    Who needs Death with Dignity when you can ease the pain with pot?

I cancelled that trip to Amsterdam already.  But until my prescription comes through, I’m thinking of some spring skiing in Colorado.