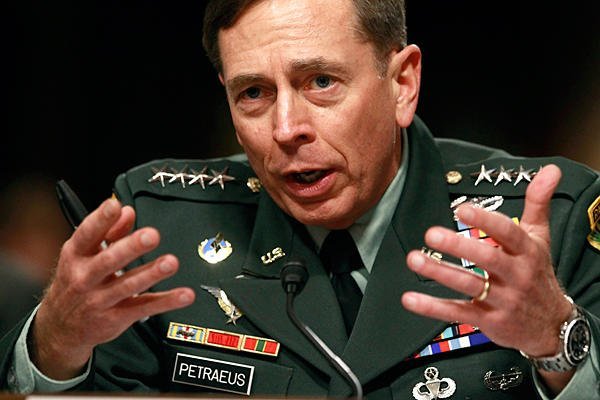 Sex Brought Him Down!

We sure got an education this week about the military and infidelity. Turns out there is no gray area. Transgress, cheat on your wife, lead a secret life – you are no longer welcome in the fraternity. In fact, your career is over. I personally think it’s too bad. General David Petraeus was a great leader and we’ve lost him to sex.

If we were in the middle of World War II, and if he was General Dwight Eisenhower and was having an affair, would we have gotten rid of him? No way – in fact we didn’t! “Generals are not made of granite. It was well known in Washington circles – but never made public – that Eisenhower had a long-running affair with his attractive army driver, Kay Summersby, during the war.” Read more: http://www.smh.com.au/opinion/politics/mutual-love-of-leadership-cost-petraeus-ultimate-prize-20121111-296bc.html#ixzz2BvtmvWDQ

Have we become more provincial or are we just self-righteous?

I guess you can tell that I am so sad to have lost General Petraeus and it is a great loss for our country.

General Petraeus, who is 60, said he was resigning as head of the Central Intelligence Agency because he had shown “extremely poor judgment” in engaging in the affair. He has been married for 38 years.

Living in a military world means living with the military code –and having an affair is grounds for dismissal. The New York Times wrote, “adultery is a crime when it may ‘bring discredit upon the armed forces.’ And a secret affair can make an intelligence officer vulnerable to blackmail.”

This guy was the ultimate leader — smart, sophisticated and intellectual, and a student of modern day terrorism and warfare. If anyone knew the rules – he did. The General was considered a “miracle worker” in the war in both Iraq and Afghanistan.   For his entire life this man worked to his core to become the foremost leader in today’s military – he was already making a huge impact on the CIA after just 14 months.

And sex brought him down! Not a stray bullet, not a landmine, not a grenade nor a terrorist. Amazing? Not really, we’ve heard this story before.  As great as he is, he is still human. Reminds me of the song in Jesus Christ Superstar sung by Mary Magdalene “He’s a man, he’s just a man.” His affair with Paula Broadwell brought him down.

We can see how this unfolded. This is not rocket science. She was his biographer and spent a lot of time with him in Afghanistan and perhaps, when she became his running partner in Kabul, that’s when they crossed over the Maginot line.  That’s most likely when their big secret started.

Ms. Broadwell had a lot in common with the General. She was raised with the same set of military rules – in the same military fraternity. She was a cadet and then graduate of West Point, and had started her career as a military officer.

It makes sense that they picked each other. It would seem, if you’re going to violate the rules, the best person to do it with is someone who understands the rules. She and Petraeus were both in the military, both were raised in the black and white world of military code and they both knew the dangers of extramarital affairs. Maybe that’s why they felt safe.

But that’s what makes it so outrageous — they both new the rules and they did it anyway!  Initially, they were equally vulnerable to the risk and understood the consequences. But, somehow the human condition prevailed.

The fragile human condition around love — jealousy, lack of judgment, and vulnerability, has finished off Petraeus’ brilliant career.

And, we don’t even know the whole story yet.  Was it Broadwell? Was it someone who was jealous of them? Or was she angry because the affair had to stop? Maybe we’ll get these answers as the story unfolds.

In all cases we’ve already lost a great leader. Have we reacted too quickly – we don’t even know the whole story? Is our society going to continue to be so self-righteous that we are willing to sacrifice our great leaders? Have we become a society that is intolerant of fallible human behavior?  Who’s the real victim of this scandal — perhaps the american people?

Sex Brought Him Down! was last modified: December 3rd, 2012 by Felice Shapiro