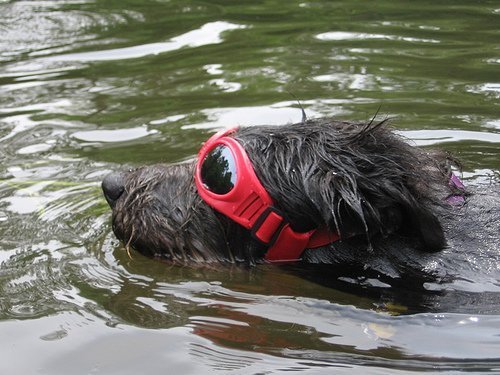 When we flew to Cozumel for Presidents’ Week my friend and I planned to play tennis and lie on the beach. Worn out, middle-aged school teachers, we knew survival until June depended on a successful February vacation.

At our resort the next morning, Judy and I hurried down to the courts a half hour before opening to guarantee playing time in the cool air. From a distance it looked like we were first in line, but closer examination exposed sagging nets, cracks in the concrete, and the gate swinging on one hinge. “Roto,” the groundskeeper replied to our “Que pase?” Broken tennis courts?

At the beach we discovered seaweed washed up by the tides and not enough sand to plant a towel. No use trying to seek solace at the casino—it was broken too. At the front desk, piecing together shrugs and blank stares with our poor Spanish, we concluded that a hurricane, or comparable violent storm, had passed through many months ago and many months would pass again before the damage could be repaired.

How to salvage a week without tennis or the beach? We walked along the ocean road outside our resort, brainstorming. The Mayan ruins? A day in town? We passed a dive shop and stepped inside for a closer look at equipment resembling a torture chamber on the moon. “Are you kidding?” We mocked the sign asking us to try a resort dive. On second thought, it would kill another day.

After disentangling ourselves from air tanks, regulators, and buoyancy control devices, Judy and I pulled off our masks and snorkels and gave each other a thumb’s up.

For a time in my childhood I wanted to be a deep sea diver. I imagined descending to the ocean floor in a rigid suit ten times my size, wearing a giant globe on my head. It was a phase that resulted in a better Halloween costume than career choice. In my fantasies I never pictured myself weightless only 40 feet below the surface where colorful fish and swaying sponges inhabited a coral reef teeming with life.

While filling the void left by the absence of a beach and tennis courts, the five-day diver certification course we signed up for gave us little time to eat and sleep. But after two daily classroom sessions and dives, reading a 272-page manual, taking written and practical tests, and passing final exams, we flew home that Saturday as certified open water divers. Accounting for how I spent my vacation when I returned to school on Monday, I saw in my students’ surprised looks, “If an old lady like you can do this, what can’t I do?”

Since becoming a diver I’ve learned that the sport makes adjustments for most ability levels. As long as there are helping hands to get someone into the water equipped properly, handicaps don’t interfere. Gliding in neutral buoyancy along an underwater reef, the stress gravity places on a body disappears, and the wonders of the deep are available to handicapped children, wounded warriors, as well as the advanced old-aged.

There is a sweet irony in that Presidents’ Week vacation when broken tennis courts threatened to spoil everything. I’ve given up tennis because my knees no longer let me run. But I still dive—with no end in sight.