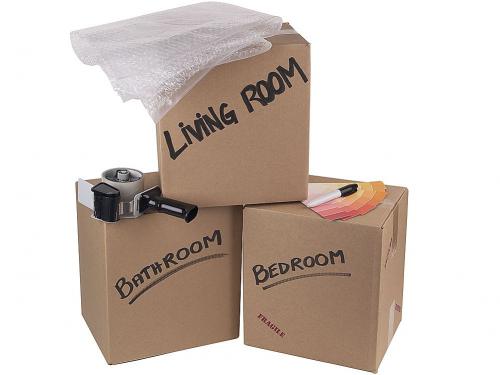 There’s nothing like moving to make you scrutinize every drawer, file, shelf, closet, cupboard, container, nook and cranny in your house.  Have I even looked at this in the last decade?  Does anyone still use these?  Haven’t I been paying someone to take care of the dust around here?

After countless trips to the Salvation Army bin, I’m still sifting.  And, behold, buried treasure! The scrapbooks in my office closet are bursting out of their covers, brimming with memories from every hormonal state I ever endured.  I’m rediscovering people, places, trips, celebrations and passions.  Birthday cards, post cards, invitations, brochures from tourist spots and museums.  A copy of the first check I ever received for writing — $50, 6/18/80, The Boston Globe.  Playbill covers, including one reminding me that I’d seen Al Pacino in a play no one ever heard of, theater reviews I wrote for my college paper, tickets to my high school graduation, my first business card.  I found my number from the only organized race I ever ran in.  Does anyone remember the Bonne Bell 10K?  I was number 4669.  Not only did I not win, I recall being passed by an elderly woman.  These days I walk.  An ad from the Boston College newspaper asking people to participate in “BC’s First Annual Streak.”  It begins, “Streakers Unite!!! and ends,  “Streakers must provide their own getaway transportation.”  It was 1973, I remember, and I witnessed this great event after a history class.  The tradition, however, was a bust.  So to speak.

I have supplied plastic boxes for everyone in the family to have a place for things they don’t quite know what to do with but have to preserve.  I call them our nostalgia boxes.  It had been a while since I’d peered into mine.  One of my favorite finds is the hospital bill from my birth.  Grand total:  $121.50.  Try getting an aspirin for that in your local medical center.  I know what you’re wondering.  OK, it was 1953.  Alongside the bill were instructions on how to make formula via the Terminal Heating Method.  I have no idea what that was, and I don’t like the name.  Seven ounces of evaporated milk, 14 ounces of water and 1 teaspoon of extra maltose   The schedule for feeding was:  “2-6-10 a.m. and 2-6-10 p.m.”  When I read that I’d weighed 7 pounds, 7 ½ ounces, it occurred to me that I had never asked.

I found poems I wrote in the fourth and fifth grade (which had yet to be reconfigured into elementary and middle schools).  “Thanksgiving Day,” grade 4, Furnace Brook School, Quincy, MA, written in beautiful cursive:  “On Thanksgiving we give thanks/That the Mayflower successfully got to the ocean banks…”  “The Spring Queen,” grade 5:  “As I sit upon a hill/I think of coming spring/When there’s flowers on the window sill/And lily bells will ring…”  An unsigned, undated card from one of my kids reads, “Roses are red/Violets are blue/I like cats/ And you do too.”  A chip off the old block.

I unrolled a large piece of construction paper to find an illustration in paint and crayon of life on the moon, or perhaps some unknown planet.  I had followed the space program like a groupie.  Apparently I had imagined creatures resembling reindeer making their homes on this distant world, although some of the antlers (antennae?) seem to be coming out of their backs.  I’m embarrassed to tell what grade it’s from.  So I won’t.

Underneath the invitation to my Bat Mitzvah was a photo of an unhappy looking me (13, not a great age) in my red velvet dress, standing next to my very young-looking mother, whom we lost just two years ago at the age of 92.  The dress hangs in my office closet; it doesn’t fit in the box.

There are cards from my birth, our wedding, the births of both kids and various birthdays and anniversaries.  None of this is digital, which means that some of these treasures are faded, some torn.  They are real, tangible, touchable.  They will not be scanned.

This goes way beyond “One man’s junk is another man’s treasure.”  My sorting and scrutinizing brought to mind Walt Whitman’s “Song of Myself.”  These are scraps of myself, an historical collage, an archive of emotions.  We move in less than two weeks, and every scrap is coming with me.