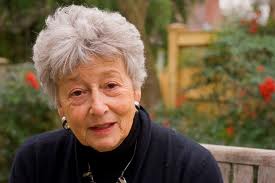 Ruth Nemzoff’s SHE DID IT story

How did I get from being 49 and in a job I hated, to being 72 with all my professional dreams fulfilled, 4 great kids, 4 loving in-law kids and 8 grandchildren? In brief: by working really hard, picking myself up when disappointment reigned, and by accepting the imperfections of life.

Here is the story: For my 50th birthday I gave myself a present, a course at the Radcliffe Institute. I thought about therapy, but in the past, when I had been stuck about what direction to take, I had gone to school. I was good at it and somehow school helped me find my way. Maybe it was just the time to think and not the schooling. I will never know.  I had been through career changes before. After college and a year of teaching in which I discovered I loved working with individual kids the most, I went back to Columbia to earn a degree in counseling.  I then worked with long-term unemployed  persons, set up city-wide programs for the disabled, and had children. I moved to New Hampshire to follow my husband, after four years, in what to me was being a fish out of water in the very conservative New Hampshire, I headed to Harvard for a Doctorate. Hedging my bets, I had worked up my courage and ran for the legislature. As luck would have it, I was also elected. I could not give up either opportunity.

I learned at a dizzying pace.  I loved being in a position with at least a tiny bit of power and I loved the luxury of studying.  Two days a week I was filled with progressive ideas and three days a week I fought for those concepts to be put into policy. I was able to sponsor legislation to give scholarships to displaced homemakers, women who had been married for 20 years and had no rights to their husband’s pensions. I sponsored successful legislation to open adoption records. It was an exciting time. I was, however, sleepless and zinging from so much work   I was promoted to Assistant Minority Leader and then appointed Deputy Commissioner of Health and Welfare. The governor who appointed me lost the election and subsequently died. My political capital plummeted to zero and I “resigned.”

I had no clue what to do next.  I thought I had a lot of time to decide. I had another baby but I discovered that political capital loses its value fast!  My husband had a job offer back in Massachusetts. I urged him to take it.  I had to rebuild my work life. I took a job as a grassroots organizer and then as a fundraiser. While I was perfectly good at both jobs, I hated the record-keeping, and the pull between work obligations and family was far too high. I needed to figure out what to do with the rest of my time left.

The Radcliffe course offered help. In it, I read The Girl Within by Emily Hancock. She suggests readers look back at their most independent  time, the preadolescent years, and recall what they wanted to be then. I had wanted to be a legislator and a professor. One dream fulfilled, time to fulfill another.

I contacted my dissertation advisor, who was eight years younger than I (mentors come in all shapes). She suggested I apply to be a scholar at the Wellesley Center for Women. I did and from there a colleague recommended me for a teaching position at Bentley College, now University. I loved the work and the flexible schedule which allowed me time for my four children.

I lost this job in the 2008 economic downturn. It is not surprising since bibliotherapy had been so helpful to me that I would then become a writer, weaving together my maternal, legislative, and academic experiences. My two books Don’t Bite Your Tongue: How to Foster Rewarding Relationships with Your Adult Children (Palgrave/Macmillan, 2008) Don’t Roll Your Eyes: Making In-Laws Into Family (Palgrave/Macmillan, 2012) have led me to a speaking career and to being a scholar at the Brandeis Women’s Studies Research Center.

As I reflect, I realize every life is filled with ups and downs and the aim is to make the best of what we have, just like our mothers told us. It requires taking risks and focusing on the doable while stretching ourselves to figure out what is possible.

Ruth Nemzoff’s SHE DID IT story was last modified: December 20th, 2013 by Ruth Nemzoff