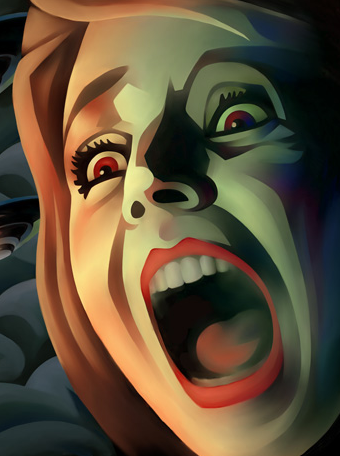 This Job Saved Me

It was crunch time. My ex-husband remarried resulting in a loss of my health insurance. He also changed jobs to a bonus-free position. As my alimony was tied to his bonus, I found myself on a slow slide into financial oblivion.

I had given up my career to raise my children. My resume was nearly blank. It was far from the top of the pile for each job I applied. Debt collectors were calling. I was afraid of the mailman. A decision had to be made: oil for the furnace or the kids would be wearing The North Face jackets to bed. I needed a job, and I needed it quick. The cavalry was not coming. Court was unpredictable and months away.

I applied for a retail job and was lucky enough to get one at a chain that specialized in home decorative items. The more friends told me how “fun” it was going to be, the more resentful I became. I did the training. I was angry. I seethed. I am an attorney!

Day one came to “take the floor.” I was encouraged to dress up, as the boss actually used her “ good china” daily and had the same philosophy with clothing. (Yeah, but she gets a substantial discount if her china breaks. I could not say the same for what few “good” items of apparel I had left.) I complied. For the record, heels and standing don’t mix. I limped to the food court at break and pouted. This was not going to work. I eyed the exit sign.

Around day four at the job, my attitude had still not changed for the better: Who can afford to spend $400 on a mixer? Do they bake that much? Just about everything in the overpriced store was made in China. To make matters worse, there was a photo booth outside the entrance and on Halloween, one thousand kids were lined up to get their photos taken in their costumes. A young woman dressed like a porn star version of Raggedy Ann was handling out candy to the wired group. Brilliant! The woman came in every so often to use our restroom. On her first couple of trips, I counted my blessings. “That could be me,” I thought. Although I doubt they would let me wear the lacy mini smock or striped thigh highs…I would probably get the Gumby suit. On her fourth trip to the bathroom and subsequent skip out the door, I figured that lollipops and rainbows probably weren’t the only thing that made Raggedy sparkle. But, alas, she had a better attitude than I did.

As the weeks passed, I got to know many of the workers. There were some truly amazing women. One had been a 60’s war protester. Another had lost her home to foreclosure and needed to work to survive. She was the picture of dignity and grace. I looked for reasons not to like these people, and I found none. They were wonderful.  As I got busier, I found little time to dwell on my problems. I looked forward to the little bit of relief paychecks brought to my finances.

I did have my setbacks, though. One dark day came when it was announced we would need to wear headsets. No! I overcame it by returning to wearing my hair down in a poufy 80’s style to hide it. One manager made Pilgrim hats for us to wear during the Thanksgiving promotion. Saved again by the hair: the hat wouldn’t fit. Two nights ago, I saw a large box of holiday smocks–a foreshadowing of what our Christmas holiday attire will be. I’ve been wondering if I miss the meeting and the subsequent announcement about the smocks, can I avoid the smock?

All in all, the setbacks have become fewer, and I’ve become much more “amiable.” Let’s put it this way, I am a little less apt to jump on the counter and request customers form two lines–one I would tell to go “&^%#$” themselves, and the other, well, something much worse. When my male coworker and I fought over who was going to wait on the handsome bodybuilder buying the fondue set, I let him have him. He promised he would let me have the next one–gift wrapped, and that works for me.

I know I have no respect for authority, and I don’t take a lot of things seriously. Instead of customers and incidents bugging me, they have become fodder for stories that I write, so I’ve actually begun enjoying my time at the store. I’ve even adopted a more positive attitude that I hope will make up for my prior miserable attitude in time for the performance review, which to my horror, I learned we soon would all be getting.

I spotted a cute local police officer at the food court on the evening of Black Friday. Is he single? And what would happen if I yelled, “Security!” into my headset? Would he come? More importantly, can I ditch the name tag, smock and headset before he gets here?

This Job Saved Me was last modified: December 10th, 2012 by Jane Robinson