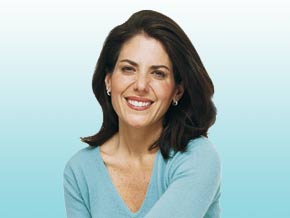 We’ve all heard of the midlife crisis.  Some of us even mock the stereotypes that have come to define it – middle-aged men in zippy red sports cars, women overloading on plastic surgery.  But let’s push all jokes aside for the moment.  What about the positive changes that can come about from this so-called crisis?

It’s a topic that seems to pop up again and again.  Everyday, people in their 40s  and 50s are leaving their jobs to take a chance on something new, often embarking on an entirely different career, or going back to school. Some spend months working up to it in an effort to make the transition as seamless as possible, others just close their eyes and jump.  Most are pleased with the results.  So isn’t it time we replace the word “crisis” with “reinvention?”

“Women seem to be more comfortable with the reinvention principle,” says Susan Crandell, author of Thinking About Tomorrow: Reinventing Yourself at Midlife.  “We tend to do it any way by reinventing our work lives when we have kids, either by taking time off or cutting back.”  Still, it’s a difficult thing to swallow for everyone, especially if you’ve been in the same job, or at least on the same career track, for literally decades.  So how do you make the switch without regrets?  It helps to have a support system in place, and a clear, realistic idea of the changes in store for you.

Reinventing Yourself was last modified: May 21st, 2012 by Jean Chatzky