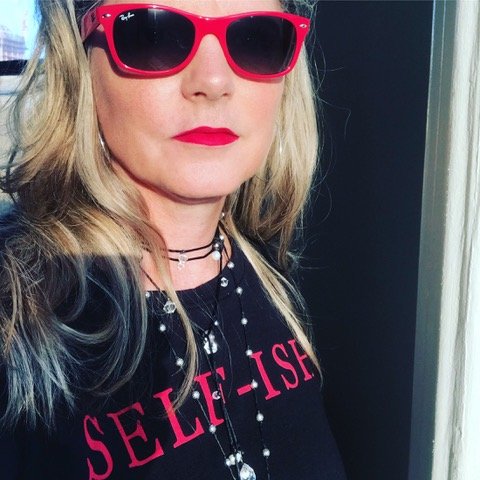 Putting Myself First When I Knew it Would Hurt

I held my breath waiting for him to cancel again. This was our second time around as a couple.

That first time we met; he was one of only two men that I grabbed by the collar to kiss. It was a whirlwind of romantic snow days, fruity cocktails on rooftop bars, and messy, sensuous sex in every room of my apartment. I loved the pleased look on his face when he made me laugh, and I loved even more how easily I made him laugh.

Until his world caved in. His depression coupled with the stress of divorce, his job, and finding his own place became too overwhelming for both of us.

I held his face in my hands. “You need to take care of yourself.”

“I have this feeling you’ll always be in my life,” he said.

“I feel the same way.” Then I kissed him goodbye.

After that, no man I met came close to how I felt about him. I prayed that once he was settled, he’d come back to me.

Over the next six months, we kept in touch. Met for coffee. Then dinners. Then overnights. He seemed emotionally stronger even though he still hadn’t filed for divorce, found a new job, nor moved out of his friend’s place. I was happy we were giving it another go, but the Bumble notifications popping up on his phone revealed a different story. Then, when I asked him if he told his sister that we were seeing each other again, he replied, “It’s not like we’re dating.”

It didn’t feel good. “I care about you,” I said. “When we’re together, it feels like you care for me, too.”

“Your feelings are accurate.”

His response pleased me at the moment, but then felt shitty when he cancelled at the last minute yet again.

Too much going on with the boys, he texted.

Of course, his kids should come first, but I was tired of being last. I felt the familiar frustration in my body, the tightening of my throat, the tension in my stomach. I was reminded of my marriage crumbling—me, chasing my husband for attention; him, being emotionally distant.

Why did I give so much emotional power to these men?

I had to stop this pattern of chasing down men that didn’t want me. If I learned anything the past few years on my own was that I needed to prioritize myself. Just like clearing out the house for sale, I had to decide on what in my life to save, repair, and bring to the curb. Could this relationship be mended or was it destined for the town dump?

“I need to be clear about what I want,” I called him on the phone. “Exclusivity, regular check-ins, and to be able to make plans that you’ll follow-through.” My heart thumped. My hands shook. Why was it so difficult to ask for normal dating expectations? But I knew deep-down that I was setting standards that he could not meet—that he didn’t want to meet.

“Then I can’t do this anymore.”

“I understand,” he said quietly.

Surprisingly, when I hung up, I felt a rush of relief. No more wondering how he felt about me. No more guessing if he’d actually show up. I was so fucking proud of myself. It was both heartbreaking and empowering. I swore that would never give a man that much power over my emotions again.

Or at least until I met someone else I wanted to grab by collar and kiss.

Putting Myself First When I Knew it Would Hurt was last modified: September 25th, 2021 by Ginny Poleman