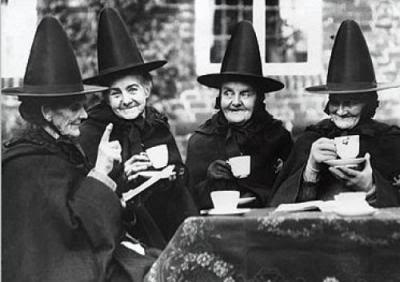 Pick A Resolution From The Spice Rack I am a goal-setting junkie, so the New Year’s resolution game is my thing. Because I came into this world with parents who loved talking about “what’s next” as a regular dinnertime diet, I’ve been schooled in the process of goal setting from the get-go.

Since the New Year presents a natural starting gate for doing better, and my self-improvement resolution list is long, it’s tough to pick just one or two.  As I started to write down possible resolutions, I began to hyperventilate from option overload, and exasperated I nearly gave up the game. For a brief instant I thought perhaps resolutions are stress inducers and…why bother? I tried on the whole “OM” idea of acceptance and being totally present but that was no fun. I love a good heart pumping resolution, a goal that sets me a little on edge and wakes me up in the morning.

I designed a systematic approach for selecting a resolution from the chaos of my brain clutter. Below is my menu of Resolutions broken down into bite-sized categories. This exercise is helping me to prioritize what’s most important. I’ve come up with four resolution flavors to choose from:

1. Sour Resolutions:  These are sour because they are guaranteed to fail and they tend to make me a bit whiny. They present a ripe opportunity to beat myself up as they inevitably become promises I can’t keep.  There’s a few habits I would love to change and some I would like to adopt.  The list is long and annoying and it’s always stuff I habitually avoid. Frankly these same items have been on the resolution option list for as long as I can remember. The truth is — success is pretty much unattainable.

Here are a few of What I will NOT put on my New Year’s Resolution list:

2. Spicy resolutions: These are complicated ones that are not simply satisfied with a pinch of salt. They require multiple ingredients and a lot of pot stirring.  Spicy resolutions involve planning which can lead to indigestion, especially for mid-lifers. Whenever I get a lofty idea like: “This year I’m going to plan a great girls’ getaway,” or “This year I’m going to coordinate a memorable event for the family” — it’s a recipe for trouble. The inherent problem — it requires buy-in from other parties. Spicy resolutions lead to stomach churning as never-ending emails and phone calls usually end up at dead ends. Let’s face it — as friends empty their nest and kids have their own calendars that may not include you — schedules are beyond challenging to coordinate.

3. Salty Resolutions:  This resolution is designed to make you sweat when you commit to it. If it’s truly salty, then just saying it out loud should get your heart pumping and open up those sweat glands  — hence salty!  Here’s one that would be particularly Salty for me:  “This year I will write a book!”

4. The Sweet Resolutions: These are the “mindfulness” resolutions. They are, in fact, happiness strategies embraced by the Dalai Lama, Buddhist Monks, and very grounded people.  These resolutions are about “practicing”  behavior modification – an example of this would be: “I’m going  to ‘practice’ non-reactive behavior.”  That means every time something pisses me off, I’m going to take five long breaths and just sit with the feeling. I’m not going to react (right away). I’ve been trying this one out for a while and I kind of like it – everything feels just a little sweeter when this resolution is in play.

So which resolution to pick? Since I have a preference for sweets– and I’m on the happiness track – I’m inclined to pick the sweet resolution and not punish myself for not choosing the other three categories. What about you?

Pick A Resolution From The Spice Rack was last modified: December 23rd, 2013 by Felice Shapiro