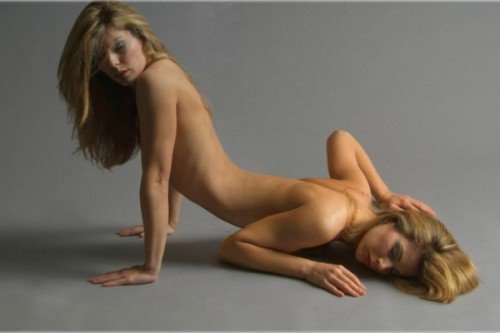 Photoshopped Images and Double Standards: Depictions of Women in the Media

Are enough women in charge of the media?

I don’t think so.

This morning the number one video on YouTube that popped up on my AOL home page was a raunch fest called Cleopatra vs. Marilyn Monroe.

I’m not linking to the video because I like it or approve of it in anyway. Just the opposite. I’m pointing it out because we need to see what our kids are watching and what they are talking about. My gut reaction: OUCH.  It’s painful to watch two iconic women belittling themselves by talking trash.

I love sex as much as the next woman. Sex is fun and exciting but this video, which has racked up over two million hits and counting, screams that women are dirty, crude, and crass. This message can’t possibly help our kids to connect with one another in a healthy way.

Why turn Cleopatra—a historic world-class leader, a ruler of an empire, and, dare I say, a feminist symbol—into a sleazy, humping gyrating caricature spewing angry, foul language? And then, to make matters worse, she faces off against an equally offensive Marilyn.

You might think women are in even more trouble after watching the new HBO series, Girls. The episodes that I’ve seen depict empty sex, and project a general malaise that makes the young women on the show feel utterly hopeless.  Frankly, the one girl who falls in love with a boy is a superhero compared to her peers. And she’s downright wholesome next to the hollow, vulgar characters on the YouTube video.

Are we BA50s paying attention? We better be. What kind of legacy are we creating? We are supposed to role model good communication skills, highlight the nuances of being in a healthy relationship and emphasize the importance of being respected and being respectful.  We have a responsibility to respond to this latest onslaught of women demeaned on the Internet and television.

The other night I saw a piece on Hillary Clinton in which her appearance was scrutinized to the point of ridiculousness. She was returning from a particularly, grueling trip to China. The focus of the report should have been on her diplomatic skills, not on the trivial fact that she was wearing glasses instead of contact lenses. Does it really matter that she wasn’t wearing makeup? For goodness sakes, she was in a suit not in her sweats.

I think our Secretary of State speaks for many BA50 women when she says, “I feel so relieved to be at the stage I’m at in my life right now because if I want to wear my glasses, I’m wearing my glasses. If I want to pull my hair back, I’m pulling my hair back. And, you know, at some point, it’s just not something that deserves a whole lot of time and attention. If others want to worry about it, I’ll let them do the worrying for a change.” Shame on the press for over-emphasizing what was arguably a less than put together “look.”

As I posted a link on Facebook to another article that made fun of Hillary’s appearance, I got angry all over again about this tempest in a teapot. Judging from the responses to my posting, BA50s unequivocally agree with me and Hillary.

It’s important for us to go public with our outrage when women are not appropriately recognized for our accomplishments. I want to open up a dialogue on the BA50 Web site that confronts the skewed portrayal of women in the media. Let’s make it loud and clear that attempting to sideline a woman with superficial comments about her hair and her style won’t work.

When a woman has something important to say, I have no doubt that she’ll get the word out and she won’t do it in a vulgar, misogynistic YouTube video.

Photoshopped Images and Double Standards: Depictions of Women in the Media was last modified: October 1st, 2012 by Felice Shapiro