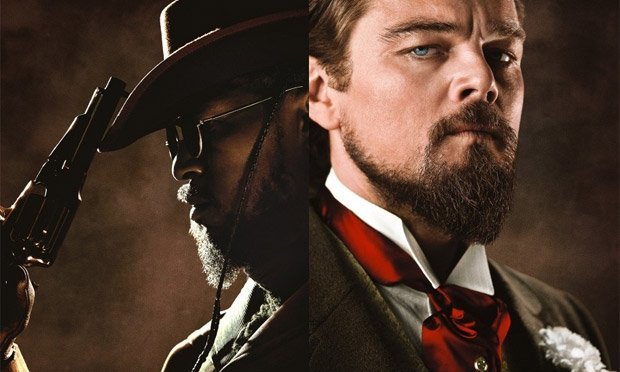 Our Tolerance For Violence is Frightening

I acquiesced and went to see Django this week to be with other members of my family who wanted to see this movie. I knew it was going to be somewhat violent, but thought I could handle it. I also knew it had a great cast, great direction and had the potential to be a fantastic movie. Reviews were already coming in with high marks.

I underestimated the amount of violence and my ability to handle it. Whoa, was I wrong.

There was so much blood and guts, inhumane cruelty and gun violence that was over the top and in my opinion, quite unnecessary. In fact, I covered my face and sometimes my ears to avoid experiencing most of the violent scenes. And despite missing those scenes the movie held its own. So, it made it clear to me that the graphic violence was totally unnecessary. The storyline, the acting and the direction plus the soundtrack was impressive without witnessing those horrible scenes I shielded myself from. And believe me, they were gruesome.

In the face of the recent gun safety controversy and the gun violence we have witnessed not only in Newtown, CT, but several incidents since then, I was so upset to see all this gratuitous killing in the movie theatre. In fact, I found myself so upset by these scenes that I was close to tears and would have left had it not been for the fact that I had no way home and that the rest of the movie experience was relatively good.

There have been many claims recently that one of the causes of our high and growing rate of gun violence in this country is from the gun culture stemming from both Hollywood and Video games. While this statement is controversial and science will have to bear out the facts, it does seem that as a culture we have become desensitized to violence. It may not be the cause of the killing in our communities, but it may have a significant impact on how, as a country, we witness it and have come to tolerate it and allow it to continue.

While sitting there in the movie theatre, what made me even more upset as these scenes continued and I kept covering my eyes, was the fact that this and so many other movie theatres around the country were filled to capacity with Americans who watched this movie without any concern about this violence, barely flinching. So many Americans watch this sort of stuff with glee and enjoy the violence and keep coming back for more…hence Hollywood produces it.  The previews before this film counted at least five new movies where all but one featured similar “shoot-em-up” scenes…with automatic weapons and extreme firepower.

It’s no wonder we have seen such slaughter in our country over the years and no outcry before now. It took the visual images of killing our babies to really have this violence in our culture and real life strike a nerve. Do we no longer feel that human life is precious? All of the killings are intolerable. The adult lives of the Aurora shooting, plus all those shootings that we’ve witnessed in the news over the last several years, plus the everyday gun assaults that go un-reported in our cities, and now the firefighters in Webster, NY, since the Newtown tragedy…they ALL deserve the same outcry.

Where is our humanity that we tolerate this horror that continues year after year? These deaths are not a result of a natural disaster for which we have no control. These are man-made deaths. And there IS something that can be done to at least begin to deter and reduce these killings. How can we allow the few powerful voices that want to protect the gun industry allow our precious lives to be so in jeopardy?  Keep signing petitions, write to your elected officials, speak out on every and all aspects of this issue. It will take an uprising to make a difference. What could be more important? IT COULD BE ANY ONE OF US NEXT.

Our Tolerance For Violence is Frightening was last modified: January 14th, 2013 by Lori Brandon