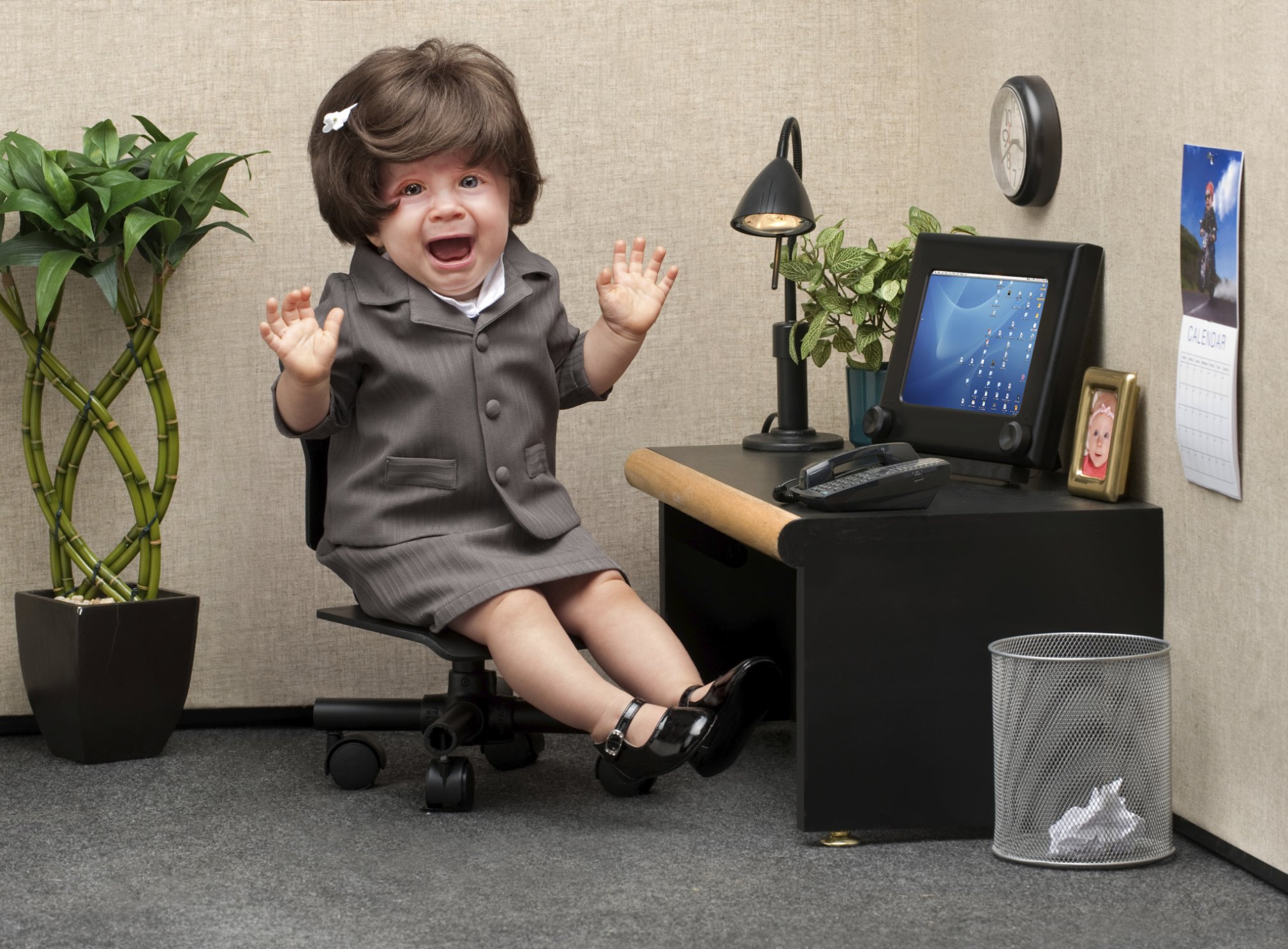 On Being The New Gal In The Office After 50

When I started my new job at the age of 56, I was eager and nervous.  The fact that I had spent 32 years working as an attorney should have made me feel at ease.  Yet I was feeling the same jitters on my first day that I had had felt when I first graduated Law School and was starting out as a new associate at a law firm.

Did I make a good first impression?  Well, I slipped on a wet spot on the polished tile floor the first hour I was there, and had everyone run from their offices to see if the stranger laid out in the hallway was okay.  I was, of course, albeit very embarrassed.  I have heard of “hit the ground running” but “hit the ground sliding” was something altogether awful.   After all, the average age in this office is 30, and the vibe is young, young, young.  Picture that jeans, hoodies and headphones are the daily garb for most.  No one expected a newbie at 56 strolling (or sliding) into the office.

But this was my dream job, and remains so, although I now wear shoes with safety spikes on the polished floors.  I had worked the first part of my legal career in private practice, and then as a regulator, followed by another stint in private practice.  It was rewarding at times and boring other times.  The best part of my career was that I met brilliant people along the way and did challenging work.  Being a litigator, though, meant a lot of bickering with adversaries, and it can wear on you always arguing with people.  (Ask my husband and children about my angry tone since they claim I often brought my work voice home!)

When I was in my mid-50s, I decided law firm litigation practice was no longer a fun job, and chasing down new business was losing its appeal.  I also did not like the way that through electronic communication and conference calls, the practice had become very solitary and I spend hours alone in my office working on cases.  That is what prompted me to leave the law firm life for the not for profit world.

Luckily, when I looked around, I found the perfect role for me.  I am In House Counsel at one of the most highly regarded organizations doing criminal defense work for imprisoned individuals where their innocence can be proven by DNA evidence.  My job is interesting, gratifying and uses so many of the skills I honed through my 30 plus years as a lawyer, but this time I am helping to solve problems for the organization instead of squabbling with other counsel.

What is it like starting a new job at 56?   It is like starting to read a novel without knowing much about its theme and characters, and learning as you turn each page.  And then loving the book!  Everything feels fresh.  The subject matter was new, and so were the 75 staff people surrounding me.  It was not too difficult, surprisingly, to adapt my skills as a litigator, to working to create policies and undertake other projects for the organization.  The best part was I found an office where camaraderie is valued, and office politics are at a bare minimum.  These young people can teach us “older” folks a thing or two about  creativity and hard work.   When you have a single mission of exonerating innocent, wrongfully convicted people, you pull together as a team and work as a coherent group much more than the other offices where I have worked.  My best friends at work range in age from 31 through 52, and I feel like an older sister to them all.   Most importantly, I learn new things daily about criminal law, and this practice area.

Mainly, what I have discovered is that your next job at 56 can be the best job you ever had.  Despite dealing with a baffling computer system, hating the coffee from the office machine, and sitting in a cubicle rather than a corner office, I found this office environment productive and friendly.  I plan to stick around here for a while.  And, just for the record, I have not slid down the hallway a single time since my first day.

On Being The New Gal In The Office After 50 was last modified: April 25th, 2018 by Linda Riefberg