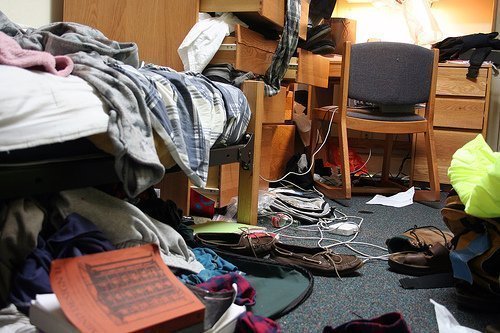 My She Shed Where I Get It Done

We all have our own escape valves when we’re feeling tired or stressed or over-extended. On her terrific blog, The Happiness Project, Gretchen Rubin talks about creating “an area of refuge,” by which she means a peaceful refuge for her thoughts. For her, it’s usually a library.

But you don’t actually need to go somewhere to find solace. My sister, an avid reader, once revealed that she when she gets stressed, she tends to re-read The Lord of the Rings trilogy. She does this every two years or so. Apparently, she finds it soothing. Upon learning this, my first thought was: “That’s weird.” I’ve never been all that into fantasy literature, despite a son who once declared The Silmarillion to be his favorite book.  (Not familiar with that one? Think of it as a sort of Middle Earth version of The Book of Matthew, Chapter One. You know, the one that reads “And Abraham begat Isaac; and Isaac begat Jacob, etc. etc.” Except that in this case, it reads more like “Rian, daughter of Belegund, was the wife of Huor, son of Galdor…,” on and on for like 300 pages. The fun never stops…)

My husband’s area of refuge is to listen to music on his headphones or to watch incredibly lengthy documentaries about the New York Public Library or the moon landing. Others bake. I have several friends in London who are serious gardeners. To me, gardening looks exhausting, dirty and nerve-wracking. But they all seem to reach a flow state.

My area of refuge during lockdown has become this over-crowded storage closet in our basement. It’s stuffed to the gills with miscellaneous Hannukah and Christmas decorations (a blue Santa and a lamb wearing a menorah dress come to mind)…old board games like Battleship and Parcheesi that we’ve long since ceased playing…mismatched dishes that are occasionally called upon for service…and the odd shower curtain (just cuz’). The room feels like what might feature in a 60-second out-take reel on our family life since moving overseas 14 years ago.

In short, this room is a mess. And yet, when I need to get away from other people (err…that would be my family), that’s where I go. I meditate there.I do online aerobics classes there. Sometimes, I even deliver webinars there (as long as I can use the Microsoft Teams background images and look as though I live in a sleek, minimalist flat in Berlin).

The strangest thing about this room is that before Lockdown, I never spent any time there. It was literally just a dumping ground for all the crap we really should take time to sort through and toss out, but can’t be bothered. (I showed a photo of said space to a zealous decluttering friend, who confessed that she wanted to “dive right through the phone and ‘go medieval’ on it.”) But now, clutter and all, it’s become mine.

How about you? Where do you go, literally or metaphorically, to unwind? And has that changed during Lockdown?

Eln Sila lumenn omentielvo. That’s Middle Earth-speak for “a star shines upon the hour of our meeting…” It feels like an apt send-off for this moment in time.

My She Shed Where I Get It Done was last modified: March 6th, 2022 by Delia Lloyd