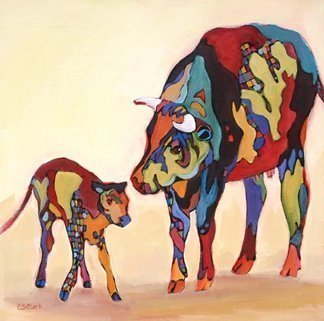 My Mother, My Self

I once read that writers are never as inventive and unreliable as when they are describing their mothers. No matter what kind of matriarch she might have been, we tend to downplay just how strong an imprint she left on who we became. While I’d love to be able to look back on a favorite silk blouse that still smelled of my mom’s favorite perfume… and hand down pieces of her jewelry to my daughters, I can’t. She regarded most material things as luxuries to be shunned, as if they reflected character weakness or worse… waste. Memory hands me down a past barren of her possessions but filled with recollections of fruitless hours trying to convince her she earned… deserved…. so much more than she allowed herself. It’s taken 20 years to understand exactly what she passed down to me.

At 12, my mother legally had her name changed from Minnie to Mona. That act plus two particular bottles, forever in the medicine chest, were her sole concessions to female vanity. The fourth Friday night of every month, regardless of the 12-hour-day she just worked in my father’s cleaning store, found her putting on way too big yellow rubber gloves and painstakingly applying Clairol number 43, Sun Bronze, to her hair. She would do that all her life; no matter how many times my sister and I begged her to have her hair colored professionally.

The other bottle, a large sized Oil of Olay, was the extent of my mother’s beauty regimen. Once she applied this magic elixir, she was confident she had done the best she possibly could to ward off any signs of aging. While another person might swear the bottle was empty, she would get three more applications out of it. I sighed at her foolishness, yet I’d hate to show anyone the condition of my toothpaste… or my moisturizer… before it lands in the garbage.

My daughters are appalled at my makeup drawer. The products I use are the same ones I’ve been using since last century. What’s wrong with brand loyalty, I ask. Go visit Sephora, they plead. I do get manicures … and have my hair professionally colored… but always a week after both are obviously necessary. Although rationally I know these activities are part of a woman’s upkeep, I can’t help thinking they are a frivolous, non essential waste of my time.

Last week as I was cleaning out the shelves in the hall closet, I came across my mother’s pocketbook, the one I took home from the hospital the day she died. I sat down and emptied its contents on the bed. It contained a wallet that didn’t close properly because it was crammed with too many photos, a small mirror, a lipstick about ready to be scooped out with a fingernail, a packet of tissues and a pad and a pen… almost cloning what inhabited my own bag (minus cell phone) that day. Looking through her things reminded me of the long ago afternoon I cleaned out her night table before her house was sold. There I found years worth of Mother’s Day cards, a dozen articles torn from magazines thrown out months ago, still waiting to be read, a radio set to 1010WINS and a pair of reading glasses whose prescription had long since expired. Every item eerily had its twin in my night table at home.

I look down at my mother’s wedding band, complete with its original 60-year-old-guard (why bother to have it sized she used to say, it feels just fine) sitting snugly for its second lifetime around my finger. It’s been two decades but I still fight using a teabag more than once. I use Brillo and “elbow grease” to clean up at dinnertime when both are definitely overkill to get the job done. I struggle to keep from clipping coupons I don’t need and try to stop myself from saving plastic containers, rubber bands and shopping bags I couldn’t use in two lifetimes. But I know deep down it’s a losing battle. Like the birthmark my mother and I share on the inside of our wrists, and the perhaps too passionate emotions we harbor for those we love, what I inherited from my mom, for better or worse, belongs to me forever.

My Mother, My Self was last modified: June 25th, 2012 by Marcia Byalick