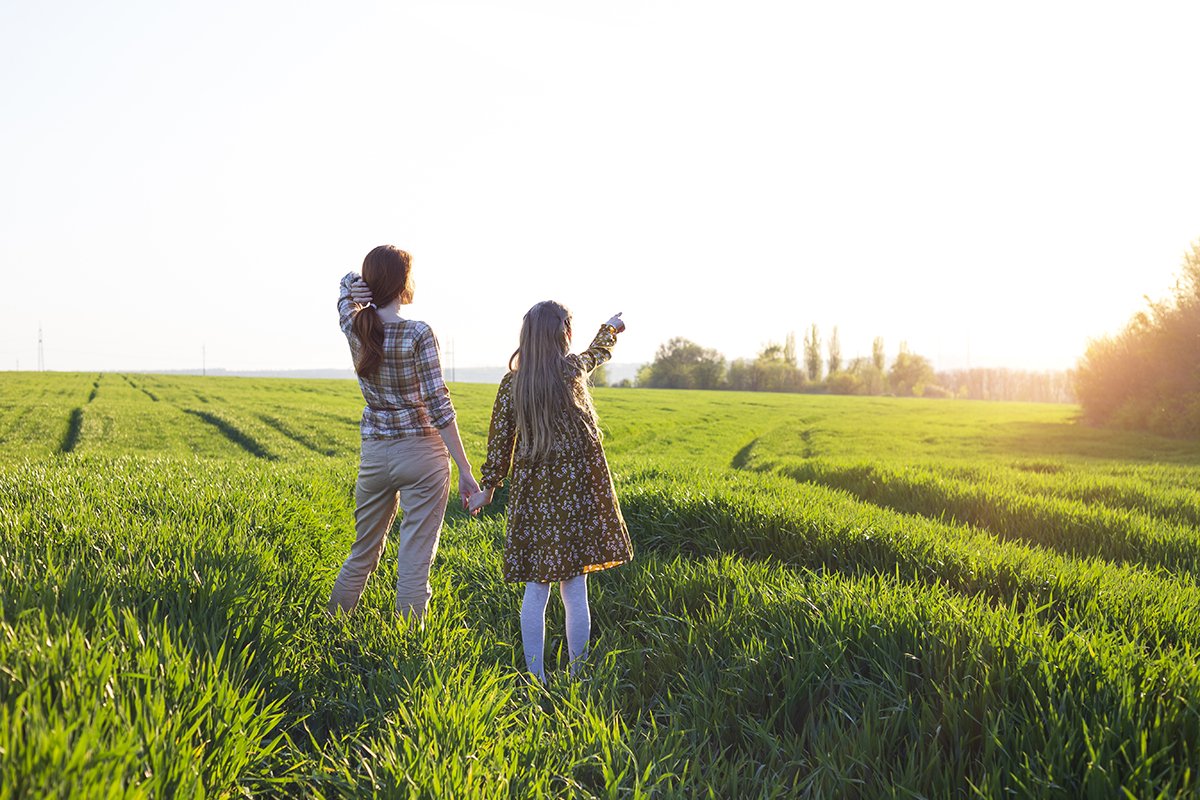 My Daughters and Me…Next Phase

Loving you the way that I do

I only want to be with you

And I would go to the ends of the earth

Oh darling, to me that’s what you’re worth.

Carole King, “Where You Lead”

I played that song a thousand times 50 years ago when my five -week–old daughter and I left Brooklyn to join my husband in Athens, Georgia to finish up his graduate degree. Then thirty years later I listened again to those words as the theme song of The Gilmore Girls. They came to embody not the “stand by your man” kind of love but the unconditional, protective, she-gets-the -last piece -of -chocolate kind of love between mothers and daughters.

My girls, Jennifer and Carrie, are take charge dames who worry that their immediate world would implode if they weren’t there to hold it together. What they accomplish before 10am is astounding, but for a mom, worrisome. Not my proudest achievement as a mother to see they inherited the misguided belief that surviving on the fumes of self care is somehow necessary to keep world order.

Jennifer, a psychologist, shares the same walk, a bizzarely similar handwriting, and the same habit of buying $75 worth of greeting cards at a time as I do.  She edits my articles, anticipates everyone else’s emotional needs, and has a truly admirable value system. Fashionista Carrie is a fierce problem solver, the fastest text replier on Earth, and the funniest person I know. She won’t accept no as an answer to any request, created an apartment that could be featured in House Beautiful, and if Rolodexes were still around, hers would be gasp worthy. They are very different and both my favorite daughter.

The mother-daughter bond can sometimes feel close to telepathic, like high alert empathy that’s super sensitive not just to the words but the pitch and the tone of the words being said. For better or worse a raised eyebrow or a deep exhale is decoded immediately. The biggest lesson I’ve learned after decades at this mothering thing is that my worth increases with every word I don’t say.

If one of us suggests a new spice…or TV show…or bra, we’re all in. When returning from a trip, we each unpack and go through the mail the first hour we arrive home. We are all currently obsessed with Jeremy Allen White, star of The Bear. Nature? Nurture? Who knows. It’s just kind of lovely.

Playing the cancer card (I think it’s legal to accept any perks that come along with that prognosis) they agreed to joining me on a three-day getaway in the Berkshires, complete with a touch of adventure, a bit of hoogie moogie, and a dollop of spa treatments. Three days free of accomplishing anything more than focusing on our breathing.

My daughters are never closer than when they are exchanging glances at my mispronouncing any word, getting the name of a celebrity almost but not quite right, and watching me fumble with technology. I did not disappoint and supplied plenty of eye rolling opportunities. We all instantly shared a disdain for a family of four women… a grandma, mother and two daughters, who wore makeup when getting a massage, were rude to the waitress, and never smiled once in three days. It was like filling in the blanks on auto complete when two of us simultaneously referred to them as “The Farbisiners,” a call back to Dr. Evil’s henchman in Austin Powers.

When I mustered the courage to try archery and hatchet throwing, they understood how HUGE overcoming performance anxiety and attempting something new… was for me. When I handled the embarrassment of being by far the worst one in the class, missing the board entirely the first 20 tries to go on to eventually breaking the balloon in the bullseye by the end of the hour, the accomplishment enlarged all of us. Their encouragement and support filled me; it felt bigger than love.

We ordered healthy meals… with an order of French fries. My eyes filled when I saw their glowing apres` facial faces, reminding me of  bath time when they were little. We had a tarot card reading which revealed each of us was decisive and focused and kind of bossy. All traits under wraps during our time together. The most memorable moments occurred in silence… sharing podcasts with Carrie on the trip there and back and swinging in silk cocoons right next to each other for an hour of meditation with Jennifer. These days deserve to be added to the string of highlights in my life, of which so many include them.

Grown don’t mean nothing to a mother. A child is a child. They get bigger, older, but grown? What’s that supposed to mean? In my heart it don’t mean a thing. Toni Morrison, Beloved.

I didn’t really understand the truth of that statement when I read it in 1987. But our children have held center stage in every conversation my friends and I have had since day one. A reassuring 76% of kids polled said they have a very positive relationship with their moms. The two hardest moments of the last two years were picking up the phone to tell each of them of my cancer diagnosis…and waiting weeks for the results of genetic counseling to see whether they were at risk developing the same malignancy. (They aren’t!)

The moral of my story? We have to stop the world and arrange for time to spend alone with the new and improved versions of ourselves.  We have to pay attention to the extraordinary in the ordinary…that’s what makes a life.

My Daughters and Me…Next Phase was last modified: September 9th, 2022 by Marcia Byalick