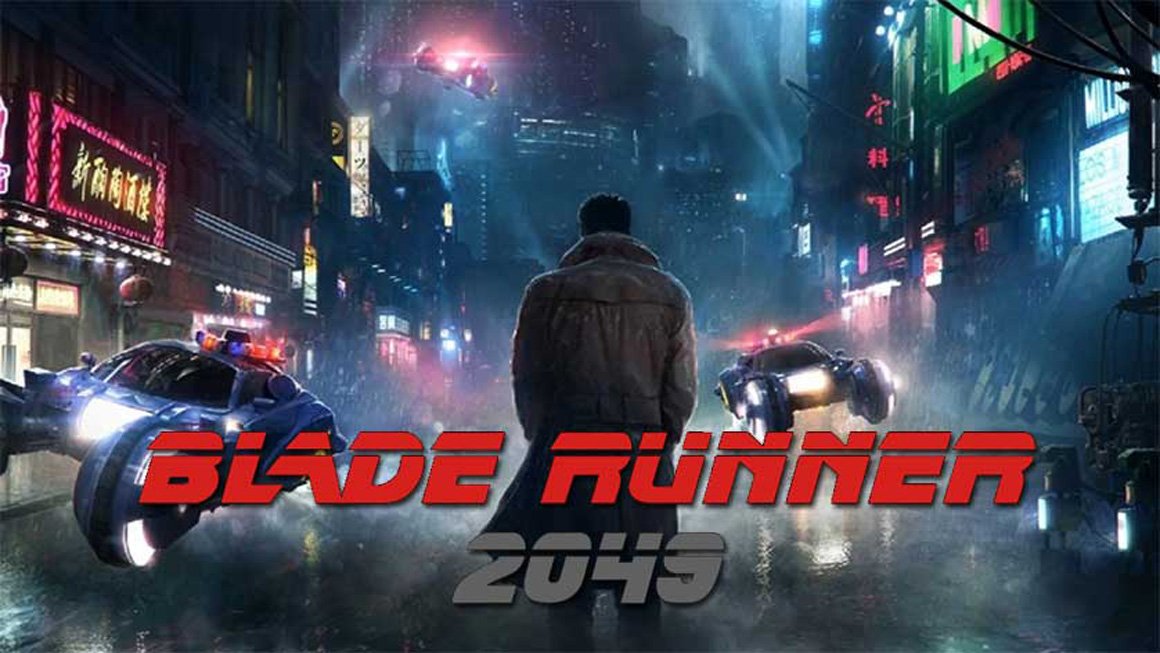 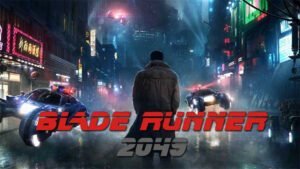 BLADE RUNNER 2049 continues a tale that asks what it means to be human, but despite being almost an hour longer than the original, is a much more routine experience, building on the first installment without expanding its thematic footprint. The sequel lacks the tension, the mystery, and the emotional resonance of 1982’s BLADE RUNNER, but is visually gorgeous and narratively supple.

Though all critics at screenings everywhere have been warned about giving away spoilers, here’s what I and IMDB can tell you about the premise. A blade runner (Why are they called blade runners?) played by Ryan Gosling discovers a long-buried secret which puts him hot on the trail of Deckard who hasn’t been seen in thirty years.

We also learn that much has transpired in that 30 years, none of which is elaborated on in the film: replicants have run amok and been outlawed, were eventually revamped to eliminate glitches and then reintroduced by Wallace Corporation to absolutely obey. There was a global blackout in 2022, and the following short film made under the auspices of director Villeneuve (but not directed by him) fills in some of the historical blanks:

The repercussions of that catastrophe were ameliorated by Wallace Corporation. Jared Leto as Niander Wallace is the latest in a long line of Dr. Frankensteins who is as creepy as anything he’s invented. The following short film set in 2036 again fills in the background:

There’s more I can tell you; this is a beautiful technical achievement that cinematically echoes the original, references classics like “Rear Window” and “Citizen Kane,” and links and loads its images in revelatory ways. The opening shot is a close up on someone’s eyeball, the camera focusing in on the iris, which then finds its visual counterpart in the next edit, the circular, dull grey textured landscape of greater LA seen from above. A blade runner serial number KD3:6-7  or “K” for short, zooms overhead en route to his next assignment, to eliminate a leftover rebel replicant; it’s a killer sequence involving a terrifying Dave Bautista as the rogue in question.

That scene, while beautifully calibrated and executed comes as no surprise; in fact, I found few surprises to spoil here. Dare I say it? The twists and turns in this plot though complicated, are familiar; we can see the shape they’ll take before they happen, sapping suspense. The eery, muted tension Villeneuve was able to sustain in his sublime “Arrival,” is out of balance here. We are left flat rather than intrigued.

The original, perhaps because it introduced a shocking and grimy dystopian future–light years away from Kubrick’s pristine 1968 vision in “2001 A space Odyssey”– tinged every sci-fi flick going forward. It shocked us partly because we could see it as a probable extension of our world in 1982; we could, sadly, identify. That film also made vivid and visceral these questions of identity and humanity and the moral implications of those questions, proven on the very real pulses of its protagonists.

Here, everyone seems robotic, or if they are human, somehow less than. Robin Wright as K’s boss is the exception but only in contrast to her turn as the icy Claire Underwood in “House of Cards.” Harrison Ford in the orginal as the young Deckard had a sense of humor beneath the sang froid; Gosling though compelling here has more froid than sang. He’s missing something mischievous and dangerous that would have made us feel that more was at stake.

The biggest surprise? The air goes completely out of the film when Ford’s character inevitably emerges. What’s shocking is how self-conscious Ford is about what his character and off-camera persona are bringing to the table; his “actorly” performance can’t disguise it.

Finally, there is NO HEAT at all in any relationship, and especially in a rather arid and strange menage a trois involving K and two women–one a replicant fantasy/sidekick Joi (Ana de Armas) and another a lanky supermodelesque party girl Mariette (Mackenzie Davis) who picks K up on the street. There is nothing here to compare to the intensity generated by Deckard and Rachael as they try to figure out who they are to themselves and each other as they resist their attraction but are inevitably sucked into the sensual and spiritual vortex that relationship raises.

In 2049 it’s still raining, but it’s grown colder; there’s no bittersweet longing for something that Deckard feels in the original. No, the Kafkaesque “K,” a lost everyman later dubbed “Joe” by his replicant sidekick, is on a quest, but what he’s after may be even farther out of reach. I suspect there will be sequel if for no other reason than that the year 2049 teeters on the brink of the next half century. Maybe global warming will take the chill off.