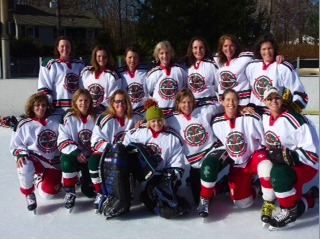 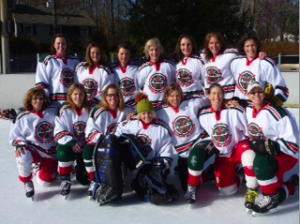 Just don’t call them soccer moms. Instead, the word is “hockey mom,” and the team they play for is called Mother Puckers. This collective group of women – a great majority of them 50-somethings – formed the New Canaan, CT group in 1992 as a way to carve out time for themselves after the errands, the carpools and the work of the day was done.

Competitive women’s hockey teams dot the city and suburbs. For some it’s an escape from the everyday. For others, it’s a way to bond with their inner athlete (many of the founders played hockey in college when ice hockey for women was still a new phenomenon, though the league is open to beginners as well). Along with the sense of camaraderie and friendly competition, it’s the double-entendre of the team’s name (as in, “Hey, Mother Pucker”) that makes the activity so fun to both play – and say. You go BA50 girls!

Mother Puckers was last modified: February 28th, 2012 by She Did It