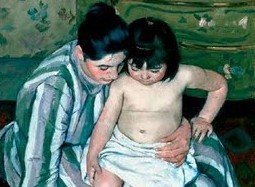 The Not Perfect Mother

Once, just once, I’d like to get through a whole week feeling I did an excellent job of being a mother. By “excellent” I mean feeling a hundred percent free of the possibility that my nurturing (either lax or tyrannical or ignorant) was the root cause of any insecurity or misstep experienced by my daughters. As long as I’m fantasizing, if those seven days could also pass without my being the subject of their eye rolling, that would be kind of nice too.

You would think after four decades on the job, a person could speak with authority about her position. I could do that about being a friend, or a writer, or even a wife, but a mother… not so much. There are just too many miraculous attributes required, demanding we protect and defend 24/7 like Marines… from the moment we’re aware of conception till our life is over. The spur-of-the- moment, fly-by-the-seat-of-your-pantness of it all demands we relinquish any claims to peace of mind. Warm, comforting laps and healing kisses are supposed to magically appear, without benefit of any basic training. It’s no wonder comments like “Because I said so,” and “I’m going to break every bone in your body,” come out of the mouths of the most reasonable of us.

By virtue of its overwhelming demands, mothering is the role in which we make the most mistakes. Some we get away with; some we’re haunted by for decades. At every stage, toilet training to table manners, sex education to dealing with death, we are doing things for the first time, teaching more successfully as we learn what works.

Ironically, most of us think we are better mothers than ours were. In fact, we get insulted when compared to the women who raised us, even as we echo their words. While the aprons, thimbles and ironing boards of my mother’s generation were nowhere to be found in my home, there were a few behaviors that spewed out naturally (or supernaturally) under both our roofs. I remember spitting on a tissue to clean a repulsed child’s face, putting my hand out for chewed up God know what, and turning beyond red with frustration dealing with wet knotted shoelaces. After hours of earnest dedication, both our kids had the weakest school costumes. Each of us checked our daughters’ horoscopes daily, right after our own. And together we were lauded for a glance said to be worth a thousand punches in the mouth.

I remembering being terrified that my number one child would always be so. A first-born is, after all, the one you love the longest, the original experimental model. The children to follow are the kids with the sparse baby books. A few decades into the job I learned each child has a different mother, not better or worse, just different. The years taught me that my number one child constantly changed, depending on who needed me most at that moment. The one with the fever… the one who didn’t get into the sorority… the one who got tragically disappointing SATs. The favorite then, I postulate, is the child you feel closest to, because no one can soothe her better than you. You love this child the fiercest because at that moment all your manipulations, criticisms and pointed remarks are forgiven, understood as being part of the collateral damage that comes along with of taking on an impossible job.

Nurturing, like exercise, is never ending and comes equipped with a constantly raised bar. Sacrifice wins out over ambivalence and exhaustion, whether you’re giving up that last piece of cake you covet or spending years worth of vacation money on tuition. In return for this taken-for-granted magnanimity, we mothers withstand long periods of being hated. We handle the shock of seeing how ungracious our kids can sometimes be. And we live with the almost unbearable worry about their future in this frightening world.

“Ah, but when it works” was a bumper sticker on my neighbor’s old Jaguar. Ah, but when the lessons of loyalty and devotion you would have sworn were ignored are reflected in your children’s actions, when instinctively you come up with some bit of wisdom that saves the day, when you humbly sense you must be a much better mother than you thought to have raised such an incredible human being, that’s when you realize the rewards of being the best that you can be.

The Not Perfect Mother was last modified: May 5th, 2012 by Marcia Byalick