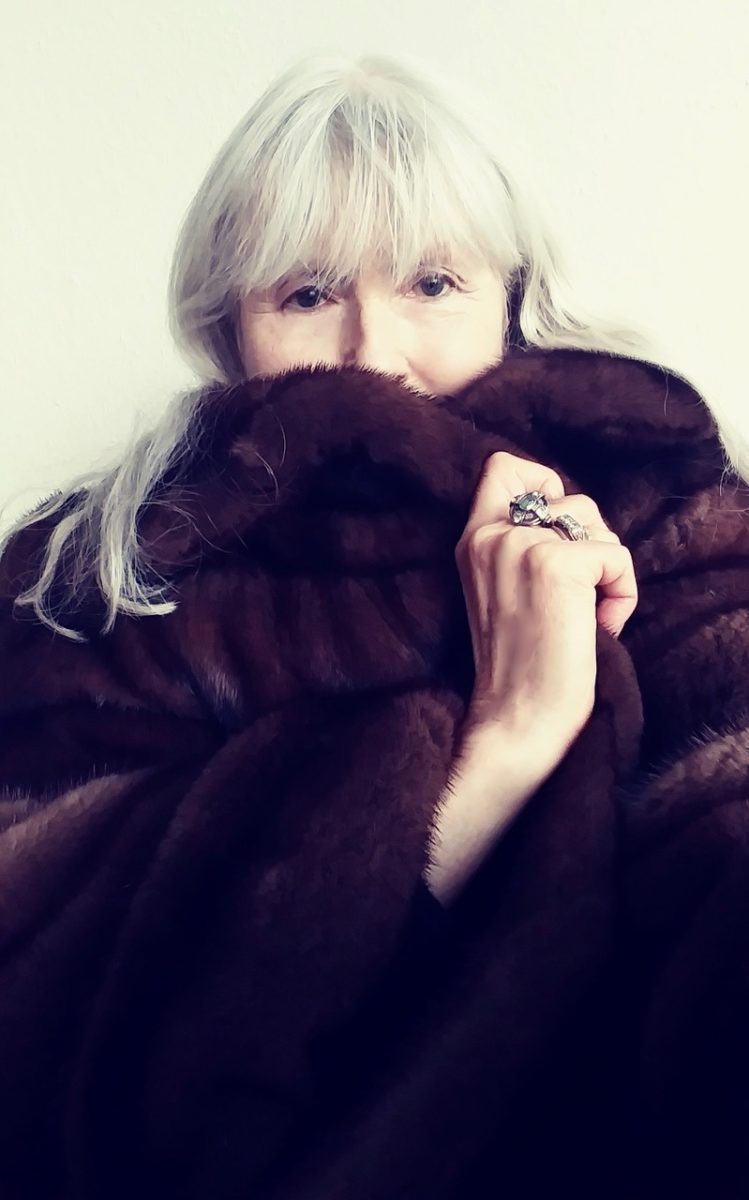 Mom’s Mink: To Wear It or Not?

Nobody thinks about fur coats in L.A. But being away from the usual glorious warm weather and thrown right into the German winter of my homeland during a visit, I was confronted with a seemingly prickly topic I had forgotten about. Can you in this day and age openly wear real fur without guilt and being shamed as a cruel, unethical bitch?

Here’s the thing: I’m the owner of my Mom’s Mink, a 50-year-old elegant beauty (just like my Mom herself was), her prized possession, that she bestowed on me when she died in 2010.

I never wore it.

Generally, I’m not really fond of mink, the status symbol of bourgeois well-heeled women I so detested as a rather radical 60s chick. Mink meant gloves, pearls, scarves and crocodile bags, it was even a star in a Doris-Day-Movie called ”That Touch of Mink”. In addition,I would have never bought or worn a new anything made of real fur, and never will, and despise designers who still show fur in their collections. I adore animals, don’t eat them and only kill insects that bite me.

So, yes, I did have a bit of a conflict when I ogled Mom’s Mink on my visit.

Over the years I had tried it on several times in front of the mirror, like a child slipping on something luxurious, grown-up and forbidden, something that smelled of French perfume (which it still does – Guerlain or Rochas). I had caressed the lustrous wide sleeves, felt ladylike, warm and protected and had thought of my Mom who I missed so much that it hurt.

So I made a decision. It’s cold, I’m going to wear that damn mink because I own it and can do whatever I want.

Some of my friends warned me of overzealous German PETA fans who might attack me with either sharp criticism or a spray can. But I’m a feisty feminist and can take controversy and a touch of public anger. I don’t have a car so I tested the waters in the environment that combines the worst and the best of human behavior: Public transportation. I threw on my elegant mink, counteracting the classy look with old ripped jeans and platform booties – and took the Metro.

In case of unpleasant encounters I had two retorts ready to go. One was true, “These animals are already dead for 50 years, bug off!” The other one was a lie, “Jeez, this is a fake fur, isn’t that obvious?” But all I got were some dirty looks from two young women. I was safe for the moment.

Later, after telling a friend of my mink adventure she said something comforting and very true. “Ignore those judgmental faces and enjoy your mink.  You honor the animals by not allowing it to go to waste”.  Indeed, animals – wild and domestic ones – have not always been seen as precious creatures that needed special protection.

Every pelt was once allowed in the name of survival and fashion. Raccoon, beaver, badger, Persian lamb, leopard, fox, calf, bear, minx, ferret, and chinchilla in any shape or form decorated women, men, even children for centuries. The fancy furs looked especially chic in old 30s and 40s movies when worn by Marlene Dietrich and Joan Crawford and set off a craze. And I have to confess that I’m guilty of having worn a beautiful boxy red fox coat and a show-stopping mouton, both from the 40s, bought at a flea market when cheap vintage furs were all the rage in the early 70s.

Those days are over. We don’t need new furs. We have a different awareness of and appreciation for all the wonderful animals that grace our lives and lands.

That’s why nobody was all that interested when I wanted to sell the coat a few times. So, for the time being I’ll keep Mom’s Mink, as a talisman and a magical memory on a hanger. And when it gets very cold again, I’ll slip into it and pretend to be a lady!

Mom’s Mink: To Wear It or Not? was last modified: February 11th, 2019 by Sabine Reichel