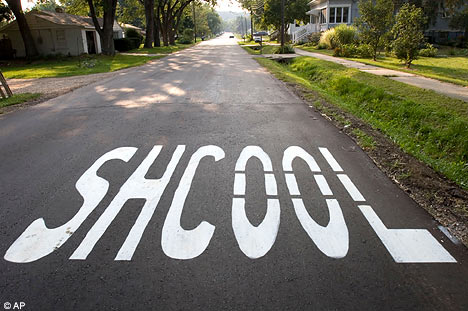 Am I the only one whose typos seem to have hidden meanings? Or whose grandchildren’s misspellings often seem uncannily apt? Take my younger grandson’s innocently written phone message to his older brother, “Brat called.” Since “Brat” was actually “Brett,” a boy who was every mother – and grandmother’s nightmare as a play date — I felt the message had a poetic truth the real spelling would have missed altogether.  And then there was “Adam,” another of their buddies, who even at age eight was an accomplished con man.  Logically enough, “Adam” became “Adman” on our note pad (the paper kind).

Sometimes the kids took messages for us, too.  And those misspellings often made a crazy kind of sense. One friend, “Roz Becker,” who’s a great gardener and also a super dessert chef, was suitably transcribed as “Rose Baker.”  And similarly, Al Grey, an acquaintance whose personality can at best be described as lackluster, was duly–or should I say “dully”–recorded as “All Grey.”

These remarkably descriptive errors were by no means limited to people’s names. A call from a group called Poets and Writers that’s known for its bonhomie as well as its good works, was transformed by one of my grandkids into “Topers and Writers.” And my shopping list for our overly bountiful Thanksgiving meal, dictated to my granddaughter, was topped by “cramberries.” Acknowledging the happy nature of the holiday, she also recorded “cheery tomatoes.”

For years, I’ve been collecting these seemingly random misspellings, and have come to the conclusion that something supernatural must be going on here.  Nothing less than some diabolically clever spelling sprite (“spite”?) has got to have a hand in these remarkably accurate inaccuracies. Or even in my own typing errors.  Just recently, for instance, in writing about an interviewee’s unhappy childhood, I saw that the phrase “As he was growing up” had somehow evolved into “As he was growning up.”  A cousin with a penchant for falling flat on his face wound up as “accident pro.” And the city address on my letter to a friend who’d moved cross-country to the land of palms and plastic (surgery and people) read “Lost Angeles.”

In studying these curious corrigenda, I noticed that often it was just the addition or subtraction of one letter that made all the difference. And it occurred to me that similar changes could be rung on many book, movie, or play titles with equally entertaining results. Ergo, my newly revised personal list of classics:

Canterbury Ales: A new line of malt liquor is launched from a small English town, and pilgrims come from miles around to drink it.

Madame Ovary:  A French woman from the provinces who’s unable to have a baby seeks help in a Swiss sanitorium. When her quest is unsuccessful, she starts a brothel in Paris.

Reynard the Ox: A fox takes LSD and becomes confused about his past. He hallucinates that he once had a master named Paul Bunyan.

The Oy of Sex: A Yiddish sex manual.

Leak House: The first public outhouse is built in l8th century London. The children of the builder sue each other for years over who should inherit the profits.

A Midsummer Night’s Dram:  A young girl takes poison and dies in a wood on July 30th while a group of rustics, unaware of her fate, stages a production of Pyramus and Thisby nearby.

Rime and Punishment: A bad poet from St. Petersburg is arrested by the police and shot at dawn for his terrible verses.

And finally, there’s the movie in which a crazed dyslexic is cured by the love of a dedicated remedial reading teacher who realizes that his faulty spelling is actually the mark of his descriptive genius.  That one’s called Mis-Spellbound.