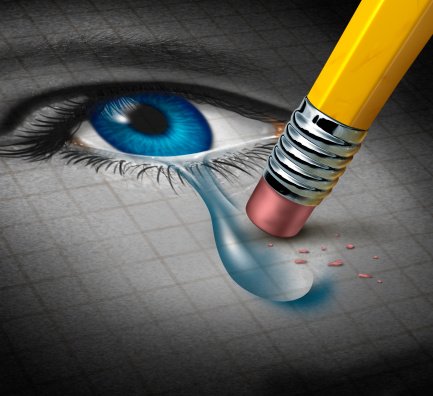 An Organization That Can Help Your Family With Mental Illness: Nami

As we launch into another new year, may mental health rank high on our list of New Year’s resolutions to improve our well-being. Why is this important? Because one out of four people suffers from mental illness during their lifetime and it has far-reaching impacts. I experienced it personally when we lost our youngest adult son Kevin to bipolar mental illness in 2012 – death by suicide.

In our case, Kevin was in denial. Let’s talk about anosognosia – a prominent feature of schizophrenia and bipolar disorder. It’s a sick person’s unawareness that he or she is ill. That was Kevin’s greatest obstacle. Sadly, some members of my family and our society suffer from it too. How else to explain why my home state of Florida ranks 49th out of 50 in per capita spending for mental health services?

Bipolar mental illness rocked Kevins world. It was like living with the Peanuts character Pigpen–unending cycles of highs and lows, out-of-control spending, risky behavior and job losses caused by paranoia, aggressive behavior and angry outbursts. Kevin’s erratic behavior started when he was six years old, but he wasn’t definitively diagnosed with bipolar disorder for 25 years, at age 31, five years before his death.

People often ask me about medications. Yes, Kevin was prescribed psychotropic medications but they all came with significant side effects. He was especially unwilling to live with the sexual side effects. Often, a person needs to try different meds for several months to find the most effective type and dosage. It can work wonders for many who are committed to doing that. However, prescription meds don’t work for everyone.

Additionally, we are a society that embraces over-medicating and self-medicating. Musician Damon Albas said it well: “In the 60s, people took acid to make the world weird. Now the world is weird, and people take Prozac to make it normal.”

Kevin contributed to his problems by self-medicating. He binged on illegally obtained Ritalin during high school and college; through grad school and beyond, he chose pot and alcohol, a highly toxic brew for someone with bipolar disorder. Once he reached 18, we were limited getting him into treatment: The stigma of mental illness added another obstacle.

Kevin’s illness wove its way into our blended family’s DNA, destabilizing the Baxter family love boat. It kept us in a constant state of heightened alertness that was exhausting. We love all three of our sons but Kevin received significantly more financial and emotional support.

Left untreated, mental illness and addiction often isolate the patient and the family. That’s why I’ve partnered with our local National Alliance on Mental Illness to shine a bright light on this topic. We’re working together to keep our community safer and welcoming for those living with mental illness and impairment as well as those who are not. The focus isn’t on zero-tolerance, an impossible goal. We can’t guarantee 100% safety but safer is definitely better. We can do that by teaching children, teens and adults of all ages about awareness, personal responsibility, safe practices, and watching out for each other.

When we’re feeling overwhelmed in situations that seem too much for us to handle all we need to do is ask for help. It’s not a sign of weakness to seek professional help. NAMI’s mission is to improve the quality of life of persons affected by serious and persistent mental illness and their caregivers through support, education and advocacy. My local NAMI helped more than 16,000 children, teens and adults in our community in 2016 and trained more than 1100 law enforcement officers and other first-responders in crisis intervention. They provide all services at no cost. To find the NAMI nearest you, click here: http://www.nami.org/.

An Organization That Can Help Your Family With Mental Illness: Nami was last modified: February 1st, 2017 by Deena Baxter