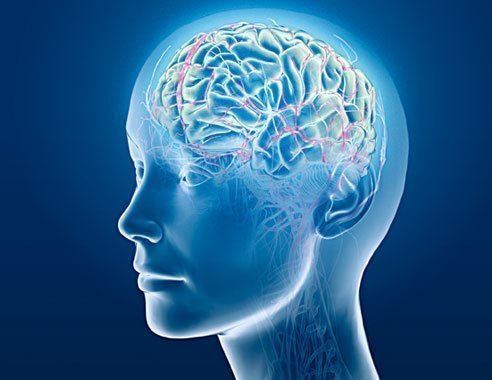 Sitting on the beach at Lucy Vincent in Martha’s Vineyard, the wind blowing, and waves crashing, Dr. Jane Martin (http://www.mountsinai.org/profiles/jane-martin?vgnextfmt=2011), an Assistant Professor of Psychiatry at NYC’s Mount Sinai School of Medicine and I hunkered down to talk about memory.  Notepad in hand, I tried to keep up with her as she talked about how our memories are affected as we get older and some helpful ideas regarding what we can do.

Thankfully, Dr. Jane agreed to transcribe some answers to common questions because my notes could not do this justice. We are lucky to have Dr. Jane writing for us as she has a bustling private practice where she conducts cognitive assessments and psychotherapy in addition to lecturing around New York City on this topic.

This is a two -part article on improving – and maintaining – our memories (which most of us know, post 50 tends to go a little haywire). We invite you to post your comments at the end of the article so we can keep the dialogue going.

Your brain is like a library: You have to get in the information from the world (acquisition) and then file or store the information (storage) in order to recall the information at a later time (retrieval).  Most people think that memory difficulties or “forgetting” are primarily due to poor retrieval (“I just can’t get it out of my brain!”); however, memory problems have more to do with acquisition due to poor attention: You can’t forget something that you never stored in your memory. For example, if you weren’t listening when you were introduced to that woman at the party, then her name “didn’t get in”… didn’t get encoded in your memory so, you can’t forget the information that you never stored.  Since our attention is vulnerable as we age, improving your attention skills is one way to boost your memory.  Developing good “memory habits” should be added to your list of other work-out regimens.

What stays with normal aging? Normal aging includes changes in motor and processing speed, mental flexibility, short-term memory, and the ability to sustain attention.  Yes, multi-tasking becomes more difficult. But, what stays? Basic attention skills and remote or long-term memory remain intact. Also, procedural memory (the “how to do something” which usually includes a motor component like, how to stand or hold racket when playing tennis) and semantic memory (the rules of the game, like keeping score in tennis or bridge).  Episodic memory (when something occurred) is what goes with normal aging (“When did I do/see…?”).

What about “not normal aging – Dementia?”  Dementia or Alzheimer’s dementia, which is the most common form of dementia, is NOT part of normal aging.  Alzheimer’s is a slow, progressive neurodegenerative disease process.  While presently no cure or treatment is available, research is focusing on methods to diagnose the disease early and possible treatments to prevent and treat the disorder.

Gender and Dementia:  Women are more likely to develop Alzheimer’s dementia and other dementias than men (about 16% of women over age 71 compared to 11% of men).  However, women live longer, which may explain the difference.

Can we eliminate risk factors for dementia? Although we can’t control certain factors, such as age, genetics, and head injuries (wear helmets!), we can control other risk factors such as, weight, hypertension, high cholesterol, diet, diabetes treatment, depression treatment, alcohol use, mental activity, physical activity.  Remember: What’s good for the heart is good for the head!

What lifestyle factors will improve memory and cognitive functioning?

Being overweight increases chances of:

* High blood pressure, which puts you at increased risk for Alzheimer’s as well as vascular dementia.

Bottom line: Diet and exercise are not only good for our heart, our physical appearance, and our mood, but also for our memory and thinking.

What about red wine? While alcohol is a memory toxin, resveratrol, in red wine, has been found to slow cognitive change. It is still being studied in clinical trials for Alzheimer’s disease so the final word isn’t out yet. On the topic of alcohol, it’s important to note that our metabolism changes as we age.  For example, two glasses of wine at age 25 takes about four hours to metabolize and at age 65 takes about eight hours.  So, limit alcohol consumption, though keep in mind that red wine may be good for your memory and cognitive functioning.