Maybe I’m Worth the Money 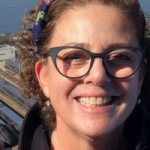 “What if I bought some new golf clubs?” I ask my husband.
“Sure.” He answers.

And thus, the negotiations begin. Not between my husband and myself. He is quick to say yes, hoping to assuage the guilt he feels for buying a second set of clubs. The negotiations are between me and my puritanical conscience.

My mother was the queen of the bargain shoppers. She never paid full price and she always used a coupon. In addition, the definition of chic at the private high school I attended, in the suburbs of Boston, was wearing clothes that were handed down through the generations. The more elbows patches, the more valuable the sweater or tweed jacket.

My golf clubs were over 30 years old. But despite my yearly resolution to play more, I never did. That meant the clubs were practically new. Right?

Twenty-five years ago, I had to buy new golf shoes because my feet grew during my pregnancy with twins. My golf gloves were newish since I had lost one or two over the years. Up until that point, I felt my old equipment was good enough.

Then last winter, we played golf in Florida, and I rented newer equipment.

“Wow!” I exclaimed. “Did you see how far I drove that ball?”
“That’s great El.” My husband was ready with a compliment.
“Maybe I should think about new clubs?”

In the early spring, when our local club had a ‘Demo Day’, I signed up.

The clubs were amazing! I didn’t do anything different than I had been doing since I originally learned to play as a kid. And the ball flew. It was a joy to be on the driving range. As a 60+ year old with arthritis through my shoulders and back, I only had so many good shots in me, but I was re-hooked on the game.

Since I had new clubs, I signed up for the first spring clinic. Something I had been meaning to do for years.

Golf clubs turned out to be a gateway. Not really a big believer in spending money on athletic clothes, that first cold, wet morning in April, I wore 10-year old khakis and a nice quarter zip sweatshirt. I quickly realized that perhaps this wasn’t going to cut it when playing golf in New England in the spring. If I was going to make the most of the clinic, maybe I should dress the part. So off I went to Athleta in search of warmer, water-proof gear. I didn’t go overboard, but the next lesson I was definitely more comfortable, and able to swing the club better in a new pair of olive-green joggers with slash pockets.

Late in the summer friends invite us to play 9-holes late.

“I’m not sure. I don’t want to embarrass myself.” I responded as usual.
“El, you are swinging great with the new clubs. You’ll be fine. No one will care if you pick up the ball. Then we will all have dinner together.” My husband sweet talked me into joining.

I was mostly ready. Thanks to the lessons, and the upgraded equipment and wardrobe, my game had finally started to improve. I had new clubs, new sportwear, and a new pair of no-see Bombas socks, (to help make my feet happier since I seemed to log more steps on the course than most). Now that I look the part, perhaps next summer I’ll sign up for the weekly Woman’s 9-Hole Game.

Maybe I’m Worth the Money was last modified: January 27th, 2022 by Ellen Levenson