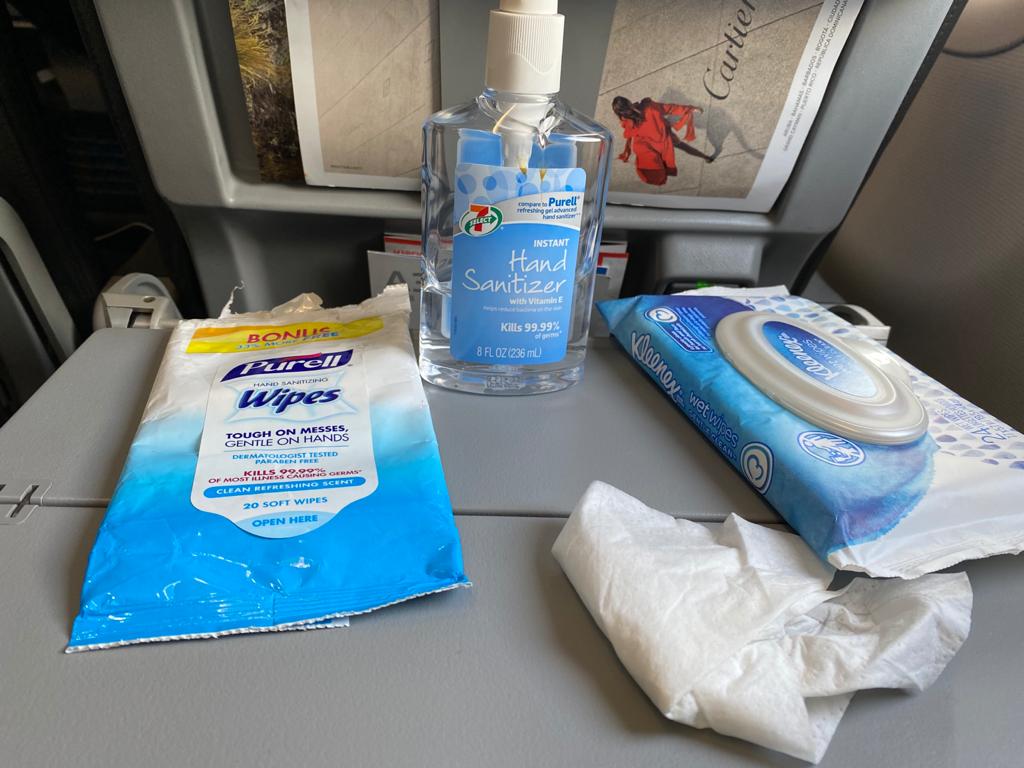 The person next to me on the chairlift sneezed. Thank God,  they sneezed downhill and downwind. I never ever think like that but now I do. I’m not a germaphobe. I never carry Purell and I don’t wipe down plane seats. I share my Yeti and I test my food Julie Child’s style, finger in the pot, then to mouth, lick finger and do it again.

But maybe it’s time to modify my carefree ways….

I have never given into panicking about this stuff. Even during 911 my friend told me I should get some Potassium Iodide in case of a nuclear attack. “Wow, that had never occurred to me,” I told her. But I decided not to be an ostrich and bought it.

The media is keeping us unavoidably informed. Routine flashes on my Iphone of another case of Corona coming to a town near you, is rattling. And the CDC wants it that way.  And, I do agree. Safe not sorry is the chant as vigilance against this fast moving virus is worth the effort as none of us are immune to its threat.

These are uncertain times. Normal daily routines have been profoundly magnified so much that a simple sneeze feels threatening. Touching one’s own face feels risky and a hug hello when greeting one’s own child requires permission.

Undaunted by the imminent threat of Corona I was determined to fly to LA to see my kids for the weekend. As we live on separate coasts and I was lucky to be in Colorado, when Corona made its way to the US, I decided a 2 hour flight was worth the risk. But the visit wasn’t without its concerns.

My kids cautioned me to buy Purell wipes and gel for the flight. My husband Bill drove me to multiple pharmacies without luck. Finally, at the 7-eleven in Eagle Colorado I found an 8 ounce Purell. The cashier cautioned me that I would not be allowed on the flight but, I was determined,

At the gate, I negotiated with the TSA people and together they sanctioned the 8 ounces after watching me squeeze out half the bottle. That seemed like a heroic win. Once at the terminal waiting for boarding suddenly the woman next to me sneezed and I felt irritated. “What!” I thought. “I mean couldn’t she put a Kleenex over her mouth?” I was outraged.

I started noticing how many times I was touching my face. “Why did I rub my eyebrow? Whoah, how long can I bear not touching that itch on my nose?”

I arrived safely in LA with very dry hands.  (Did you know that Purell dries your skin? ). I moved through the masses at LAX, heading to a black car that whisked me off to see the kids. It’s winter and my nose runs in the winter and frankly I’d been sneezing a bit but definitely not sick. So, when I saw the kids I hesitated before hugging them. “I’m carry LAX germs into your home,” I said, as I moved past them directly to the kitchen sink where I washed my hands as instructed by the media, multiple times, not just a quick rinse.

And, although the visit was fantastic, we had all been infected by Corona thoughts. A mani pedi moment raised some concern, but the risk reward was nonnegotiable. Any germs from our late night at the crowded bar was counteracted by the Tito’s and jalapeno in the spicey Margarita.

And so it went. Unconscious daily routines were now evaluated for exposure risk. A trip to the grocery story for a quick snack became a 10 bag shop for 2 weeks worth of just-in-case we get locked down food.

The world order is shifting underfoot and we must carry on our lives as best we can until otherwise instructed.

So at this time not only are we all concerned for ourselves, family and friends, we are trying to keep cool and not panic.

I am praying for this to pass, as you are too and sending love and hope to everyone during these crazy times.

And, frankly I don’t think a Corona, which was my go to apres ski refreshing beer with a lime will ever taste the same.