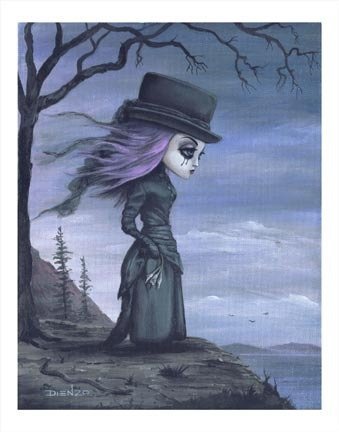 I am back in New York and want to fall in love again. With the city, I mean. I used to love this place like oxygen. New York summers most of all.  I used to believe that living anywhere outside of the 212 area code was bad judgment and leaving the city in the summer, when it was at its most ebullient, was just plain nonsense.  I used to believe a lot of things, then.

Riding the Metro North for a weekend outside the city gets me to thinking about the years I spent in New York. It was a decade that shot by, like the suburban homes that flash by my train window on this atypically cool June afternoon. Like a midsummer night’s dream, my old friend Jean rises from the mists of a memory I had left in the good care of a full moon and an empty highway. That was when the economy was still booming, and even investment dummies like me were buying stocks.

Jean, my college roommate, would have filled her Long Island home with lilac cuttings by now.  We waited for May every year, just for the lilacs. She’d go home for the weekend and come back with an armful of those luscious branches, turning our 27th street dorm into a Venusian love den. Those flowers were like a mother to me, kind of like Jean, and I loved them with my whole heart.

If she were still alive, she would have filled all the lead crystal vases bought from all of the garage sales she had ever attended in her life with those fragrant slivers of purple, intoxicating us with a simple, unpretentious, bushy happiness that was much like our friendship. A constant source of pleasure.

Jean had a double mastectomy years ago.  We were in our early 40’s then.

I may have found out by accident, on one of the rogue attempts I’d make to get her back in my life. But, her beautiful kids and her husband took the lion’s share of her time, and caring for elderly parents, wayward brothers and friends, school communities and the rest of it made free time hard to come by.

She didn’t really have much time for the cancer.

She treated cancer like day trading, cooking lobsters, making love or gardening. You take time to take a poop and you’ve lost a million. For her, there was no time for snoozing, and rest was the devil’s handiwork.  Practicality ran her always-running meter, even in romance.  Even when she was fighting.

I remember the day clearly. It was when the three of us (she and her fiancé, and me) were sharing an apartment in Kew Gardens, Queens. The two of them got into quite a row, a hard thing to do with Jean, but she was mad. In her discreet, under-the-surface sort of way.  So mad that she walked out. Stormed out.  Very dramatic for someone who crinkled her nose at excessive displays of emotion, with the notable exception of making out with her boyfriend, which she could do anywhere.

We stood there, her fiancé and I, looking at one another, speechless and stunned to see a display of emotion from our always cool Jean. We heard the key turn in the lock. The door opened. She was back. It had been a two-minute perfect storm. It wasn’t over, you understand, she simply came back ‘for a minute’ to remind her lover that if he was hungry later he could defrost the chicken cacciatore in the freezer then reheat it on low for 10 minutes.

And then she left. My Jean. Fofo and I just grinned at each other.

No reason for illness and dying or death to be a departure from her fixed, earthy norm.

She went for the double mastectomy because she was tired of the little surprises her body would send her way. She used to call them little peckers. Lilacs in May are predictable. Breast lumps are not. They are aseasonal, and it really is hard to prepare for them, especially when you are someone as practical as Jean, in which case you like to plan ahead, have a strategy, control your portion of the universe and have a week’s worth of meals in the freezer at any given moment.

I called her from a parking lot in a fancy driveway on the fancy island I live on. She didn’t cry with me, just said she was getting it all done, had scheduled everything, including her daughter’s haircut and would have to take 2 weeks off from sanding a furniture piece she was working on.

I asked Jean if I could call her back, just to check on her.  If I could hold her hand –long-distance–while she walked through her challenge.

She was emphatically opposed.

Unfortunately, I believed her.

I don’t know if she’s alive or dead. I may call her home and speak to her and find out that everything went according to plan, that she beat the cancer, that she has made friends with her reconstructed breasts , and that she is doing some other amazingly wonderful and awe-inspiring thing with her life.

Or, I may speak to her daughter, grown by now, who sounds like her mom and will wince if I ask, albeit shyly, for a mother who is no longer there and who’s frozen, prepared meals ran out a long time ago.