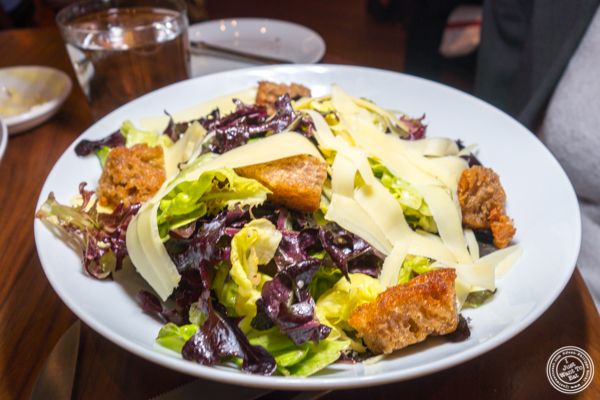 Just For US: Where Over 50’s Prefer to Eat From NYTs

I am making Frank Bruni an honorary member of our BA50 community with the publishing of his piece this week….The Best Restaurant if You’re Over 50. As he so accurately observes (he is 54 years old), “It’s not just sex and sleep that change as you age. It’s supper.”

He talks about how we choose restaurants after 50 and he’s so spot on…we love the familiarity of the food, friends and going back to the same place.

A dear friend of mine told me years ago how her mother-in-law went to Danny Myer’s Union Square restaurant every Sunday for the past few decades. I didn’t understand why someone would go to the same place over and over again but I was 40 at the time. Now I totally get it. As Bruni says, she feels loved by the staff, which is key, she has vetted the vibe and knows it’s just right for her, she knows what she is going to order and there are no surprises.

Upon reflection, I see my preferences accurately portrayed in this over 50 mindset. Although I may appear adventurous to most, my food choices tell all. My husband and I travel quite a bit and I am very open minded about getting on a plane to just about anywhere. But, when it comes to the local restaurants my eye searches the menu for the same thing no matter the ethnic bend of the place… a version of Chicken Paillard, Roasted Chicken or Caesar Salad, any kind of potatoes especially french fries or potato chips can be found in Mexican, Spainish, French, American and of course Italian Restaurants. It’s not too hard to please my limited palate.

Once in a while I will go for pasta vongole but that’s rare. Give me too much garlic, I’m up all night. Fennel on a salad reminds me of my childhood stomach medicine (paragoric– a narcotic btw). Mint makes me sneeze, and heavy cream on anything makes me gag. That’s enough whining for now.

Truth be told I didn’t have to turn 50 to become predictable in my food pattern. Lettuce and great salads have been my staple since I was 17 when there was scarcely salads on any menu. Enter Fridays and Houstons, and Joe Allen in Paris. These were my favorite places and I would salivate upon entering these restaurants knowing that I was going to eat ahead of time.

So when Bruni talks about how we crave the familiar after 50, I know he’s right, and although in my youth I explored new worlds, the buzz of a trendy new hotspot, I now crave recognition and find myself returning to the same localItalian restaurant every Friday night where I run into friends, am greeted by name and never have to spend a minute perusing the menu.

Bruni is so fun to read on this topic:

“What you want from restaurants, it turns out, is a proxy for what you want from love and from life. None of these is constant. All reflect the arc that you’ve traveled, the peace that you have or haven’t made. When I was 34, I wanted bling, because it persuaded me that I was special. When I was 44, I wanted blinis, because they made me feel sophisticated. At 54, I just want martinis, because I’m certain of what’s in them and of what that potion can do: blunt the day and polish the night…..”

Just For US: Where Over 50’s Prefer to Eat From NYTs was last modified: March 31st, 2019 by Felice Shapiro