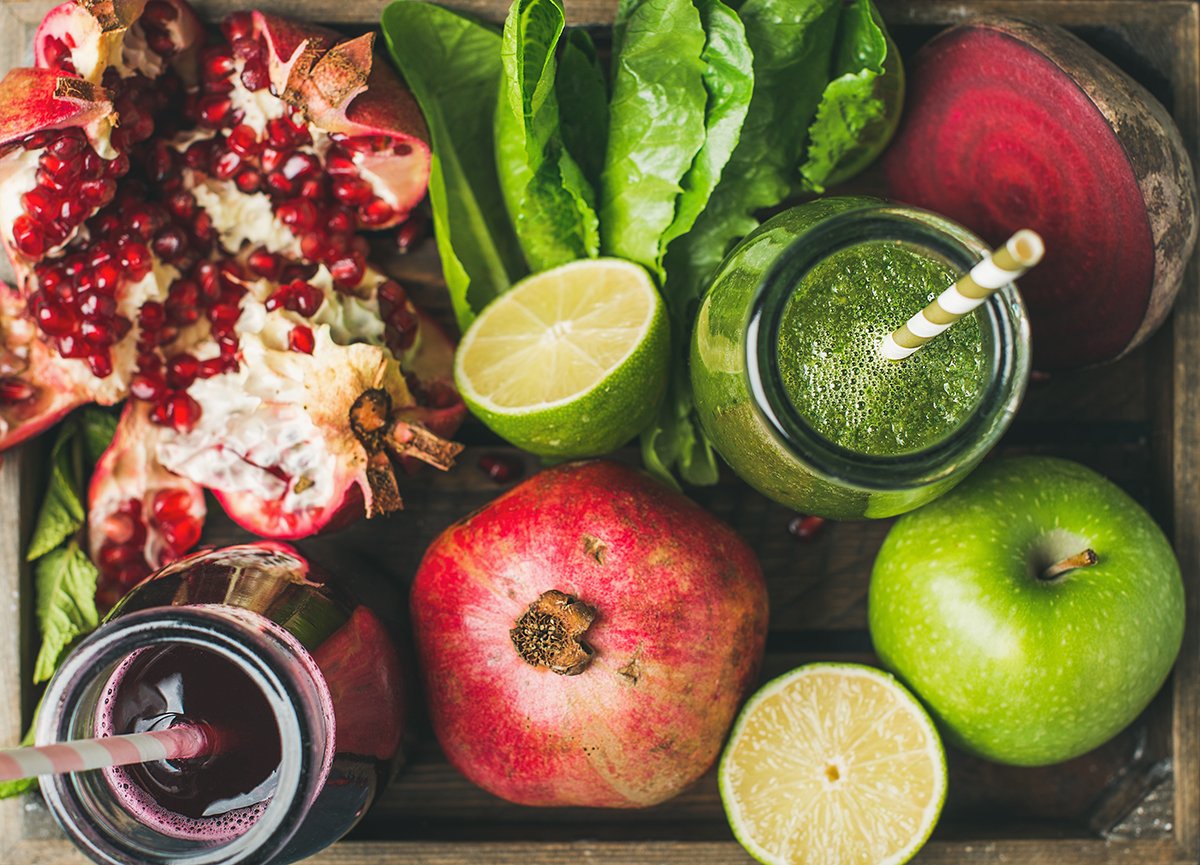 Juicing for Migraine Prevention: Can It Really Help?

These posts originally appeared on Migraine Again here and here

If your browser or Facebook history includes the two words “Juicing” and “Migraines,” you’ve probably received a dozen ads mysteriously suggesting juicing is the answer to your migraines. Is the idea legit or not?

Juicing advocates claim that it’s a tasty way of getting the nutrients you need and may not be getting from the way most of us eat today: quickly prepared foods, packaged foods, and on-the-go meals. In essence, juicing compensates for our other dietary sins.

One of the most popular websites, RebootWithJoe.com, recommends a juice-based fasting program to help heal migraines. Yet their nutritionist Stacy Kennedy warns, “Since fasting and caffeine withdrawal are both frequent, potential triggers for migraines, it’s important to ease into your Reboot gradually and plan wisely. Begin by adding in fresh juice once or twice a day and eating a well rounded, balanced plant-based diet. If you consume caffeine, slowly reduce your intake over the period of at least a week and increase the amount of water you drink.”

She makes an excellent point. Skipping meals is a risky approach, and a juice-only fast could be problematic for some. Migraine brains don’t respond well to sudden, dramatic change, so easing into it seems like a wise way to go if you want to try it.

“Rather than a strict juice-only Reboot you may find that including raw and lightly cooked fruits and vegetables, along with fresh juice, turns out to be better for migraine prevention,” says Ms. Kennedy.  “Whether you are eating + juicing or just juicing, it’s important to follow a frequent schedule of eating/drinking to help reduce the risk of triggering a migraine.”

But will juicing actually bust your migraine?

Wander around Instagram or Pinterest for a short while, and you’ll find a variety of green smoothies or juices like “Migraine Buster” and “Migraine Relief.” We have our own version of that, the Potent Migraine Pain Relief Shake, which is green, tasty and packed with nutrients migraine sufferers are often short on, like magnesium, riboflavin, and omega-3s. We don’t think of it as stopping a migraine in its tracks, but a way to build up a defense against future migraine attacks.

Claims JuicingforHealth.com: “Headaches/migraines are triggered by toxins or foreign articles in the body. When the body is properly detoxified, the pain will reduce. Carrot and green apples help to regulate bowel movements for a cleaner colon over time.

Hydration is so important to reduce headaches. Drink juices from fruits and vegetables that are juicy with minerals, like celery, cucumber, bittergourd, watermelon and honeymelon. Pineapple made into the list as it’s one of the best anti-inflammatory foods and helps to reduce migraine/headache considerably.”

It’s hard to argue with that, and it’s consistent with our recommendations in The Best Migraine Diet:  3 Simple Things to Remember. Except that lemons and limes can be a migraine trigger for some.

When juicing isn’t so juicy

The problem, if there is one, seems to arise when people fast and go to a juice-based diet. Then juicing gets, well, not so juicy.

A review of 34 Mayo Clinic cases between 1985 and 2010 was initiated after one patient presented with “oxalate-induced acute renal failure that was attributable to consumption of oxalate-rich fruit and vegetable juices obtained from juicing (1).”  That is, their kidneys lost their filtering ability. Not good. Too much of a good thing is a bad thing.

In summary, there is no evidence that juicing alone will stop a migraine or cure your migraines, and claiming such doesn’t respect those of us who suffer frequently. Migraine is a neurological disease – there is no cure. However, juicing is an effective, convenient way to get more migraine-fighting nutrients in your diet. That can’t hurt, and could help.

If you’d like to try juicing, we recommend beginning with an inexpensive machine that can do a capable job of making most of the smoothies and juices recommended. You can get started with the NutriBullet, which you can buy almost anywhere. When looking for recipes, try to find ones rich in migraine-fighting minerals with evidence behind them, like magnesium or riboflavin. You can’t really go wrong with dark greens.

When you’re wondering what else you can do to prevent your next attack, try this food-based solution for migraine prevention. No, it will not replace a triptan for relieving a migraine attack once it’s started. But it’s chock full of nutrients proven to help prevent Migraines.

This migraine shake fills your body with the nutrients it needs to reduce inflammation, plus DHA-rich Omega-3s, riboflavin and Magnesium.

Curious about what makes this such an effective for migraine? Go deeper in Food: Your Miracle Medicine by Jean Carper or listen to our podcast with Nutritionist Joy Bauer RD. It’s not a list of familiar trigger foods, but rather a list of surprising foods that are power-packed with nutrients that people with migraine need.

Plus, the fruits, veggies, milk and ice are great hydration helpers to start or continue your day. Good hydration is absolutely essential for people with migraine.

This shake is potent, and it’s tasty – I promise … I drink it at least 2-3 times a week. I’ve tried those ready-made green smoothies from the grocery store, and this is so much better. It’s one of my favorite ways to start the day – preventing the pain before it starts.

1/2 cup green apples (you can also use fresh/frozen/canned pineapple* if it’s not a trigger for you)
1/2 inch ginger root
1 tsp. chia seeds
1 cup Coconut Milk or lowfat Milk, or Almond* Milk if you’re not sensitive
1 tsp. honey

Optional for a smoother shake, if these aren’t triggers for you:

*Note: Some of these ingredients can be triggers for some people, so eliminate them if you’re sensitive. Triggers are a very personal thing – learn more here.

Makes two 8 -12 Ounce Shakes per serving. Save time by cutting up a few days worth of fruits/veggies in advance and dividing them into Mason Jars to store in the fridge.

Blend all ingredients except ice on low until smooth. Add ice until crushed, then blend on high to get even smoother. Serve back in the same jar with a straw.

Tip: For the very best texture, invest in a Vitamix blender, which you’ll use for all kinds of shakes and soups. (These are the professional quality blenders found in smoothie shops and restaurant kitchens, and worth every penny). It’s the easiest way we know to enjoy a plant-based diet, even if you’re not a big fan of veggies.

Juicing for Migraine Prevention: Can It Really Help? was last modified: July 20th, 2019 by BA50 Talkers