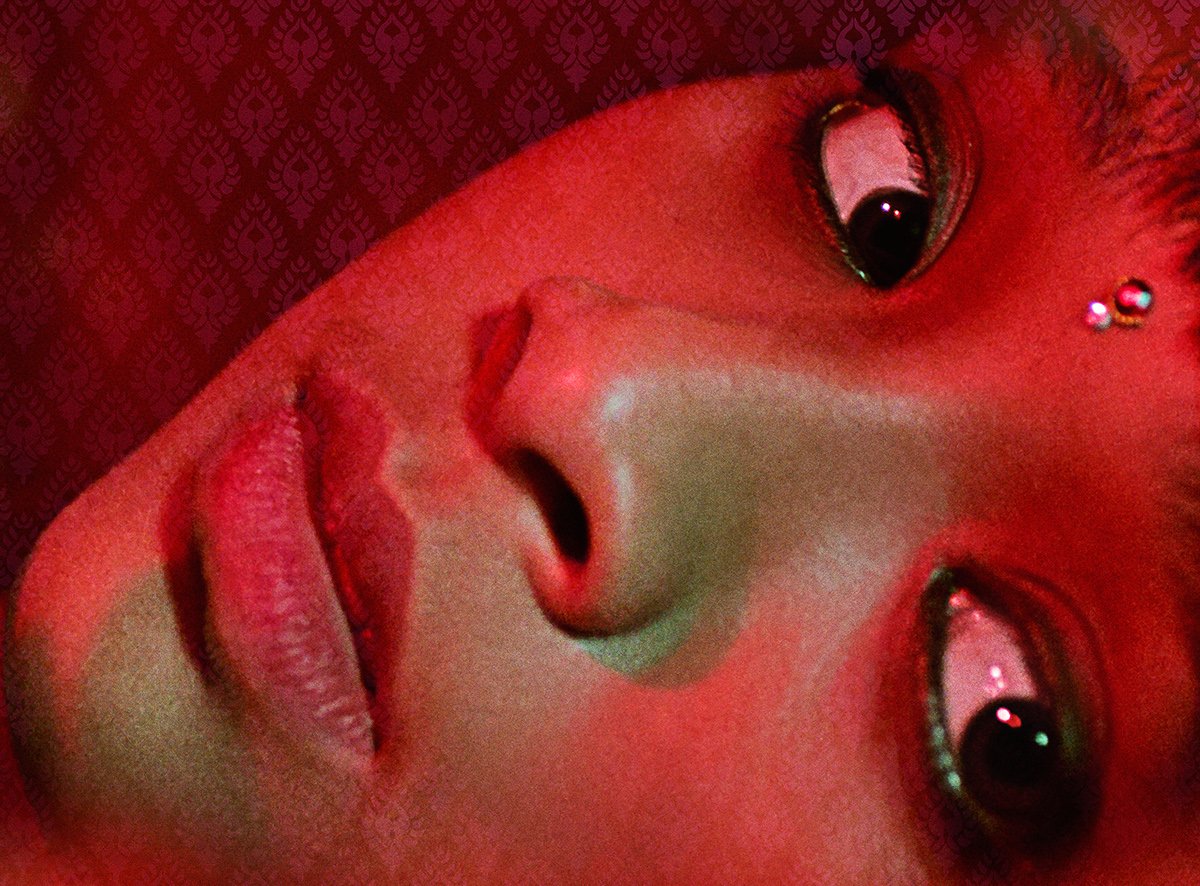 The girl is 13 years old from a small mountain village in Nepal, but we know she is about to be trafficked as a sexual slave within minutes of the opening scenes of SOLD, an arresting film based on Patricia McCormick’s novel which puts the spotlight on a horrible truth hiding in plain sight: millions of children are trafficked all over the world in a multi-billion dollar underground industry.

SOLD, co-written and directed by Oscar winner Jeffrey D.Brown and executive produced by Emma Thompson, is based on the true stories of young victims unwittingly sold into prostitution. Their tales are coalesced into one narrative, intimately told.

The opening scenes are lovely; a carefree young girl named Lakshmi is seen flying a kite, and running happily through the hills above her village home, the Himalayas in the distance and joyful music rippling in the background. Later, her mother brushes her hair and prepares dinner in the family’s hut by firelight; we catch a glimpse of Lakshmi’s eyes glittering at the sight of fancy jewelry from the big city. Such luxuries seem even more remote when the rains come and the roof leaks, and the crops are ruined. Though we know what’s coming, it’s not exactly clear her family does when Auntie Bimla (Tillotama Shome) shows up with the promise of work as a maid in the big city to help the family survive.

Indian actress Niyar Saikia (14 years old during filming ) plays Lakshmi with fearless candor and warmth. We are already in fear for her as she boards a train, then a bus, and literally crosses the bridge into a large and dangerous world, the streets and people crowding in on her.  Then she arrives at Happiness House in Kalkata India– a brothel. Shot on location in Nepal and India, the film gives us a vibrant, tangible sense of place, the color and dust of a crowded ancient city, and the layers of secrecy and corruption under which Lakshmi and those like her are trapped.

The film also does an excellent job of letting us inside Lakshmi’s physical and emotional experience. We are with her step by step, as the creeping awareness of what she does not know begins to dawn on her. We might be one step ahead– but barely. As she struggles to trust and please those she encounters, Lakshmi simultaneously senses that something is wrong, especially upon meeting the foreboding Mumtaz, (Sushmita Mukherjee) a sinister surrogate for the kindly mother she left behind and who has armed her with the wisdom that will be both her undoing and her salvation: “All happiness comes from thinking of others, misery from thinking of yourself.” Lakshmi is mentally and physically ripe in every way for her predators and we understand it.

The next scenes are almost unbearable to watch but must be seen to be believed–and dare I say, witnessed–on behalf of those who experience these atrocities daily all over the world. Lakshmi is imprisoned, beaten, drugged, and repeatedly raped, until she acquiesces. Resisting, running away, or compromising the secrecy of the brothel results in grotesque brutalization. Amazingly, theses scenes are rendered graphically enough  to convey the horror of what happens, without violating the character’s or the actress’s dignity; I was grateful.

Lakshmi’s intelligence and spirit help her survive and forge relationships with the other women in the house, many of whom have been there for years, trying to pay off the bogus “debts” that Mumtaz extracts.  We begin to learn bits and pieces of their stories, and they are sketched vividly enough to give the film believable texture and a wider lens on this kind of enslavement.

What the movie does not do well is integrate the congruent story of an undercover team of investigators hot on the trail of sex traffickers in order to bring them to justice. Gillian Anderson plays Sophia a photographer documenting these events with the endless click of her camera. David Arquette plays Sam, the investigator who infiltrates the brothel. It’s barely worth mentioning their names since they barely register as characters and are given little to do except swoop in, deus ex machina, in an effort to save the day. But perhaps the presence of these stars in the film helped get it made and will also help get it seen.

The film as a film, would have survived without them, but would not perhaps have fulfilled its baldly obvious mission as a call to action. The simultaneous narratives are not a comfortable fit, but given how worthy the subject matter, how movingly played, and how well intentioned, it’s tricky to complain. SOLD puts a lens on the ways in which the depraved and greedy prey upon the world’s most vulnerable, impoverished families and their children who are dependent on the rest of us to see — and not sell them short.