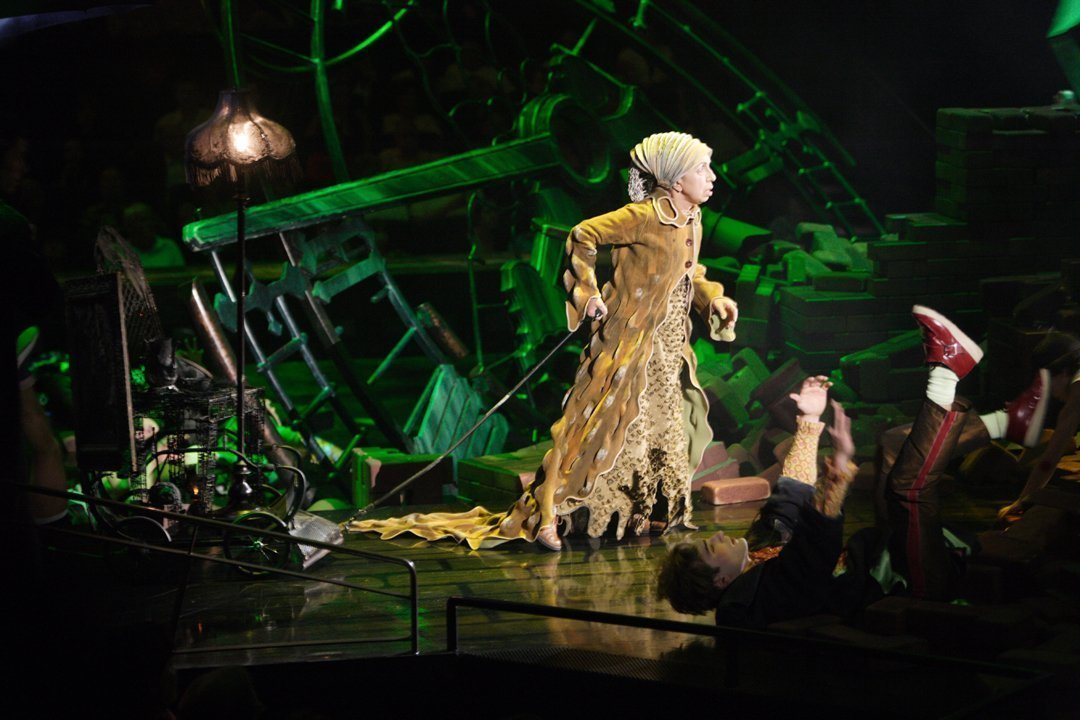 Joining the Circus at 70

Imagine trying out for a job just before turning 70 – and getting it! Now add seven years and you have the story of Silvia Aderne, a Cirque du Soleil performer who is in The Beatles LOVE ensemble at the Mirage in Las Vegas.

In 2004, at the ripe young age of 69, Silvia tried out for the ensemble (three auditions and a call back six months later!), and in 2005 was cast as the original Eleanor Rigby, one of the show’s main characters. Now almost seven years later, she still performs two times a night, ten times a week.

Silvia, who was born in Brazil, moved to Montreal to start working on LOVE (the show was created there), knocking down even more hurdles. For one, she had never left her native country. Secondly, she didn’t know English. And third, she had didn’t know how to drive a car.

“It wasn’t easy,” she says of the transition. “In fact, it was difficult, but at 70, I felt I needed a big change.” (Prior to joining the show, Silvia taught theater and art to young children in various schools in her native land. She began acting on her own in 1962 after taking a theater course with puppets.)

As to her secret to staying in shape? Doing lots of swimming and walking as forms of exercise.  In her free time, she also enjoys all forms of art—music, piano flute, theater—as well as the Catholic religion.  She also loves to travel and meet new people.  She has never been married and has no children—she says that she “married the theater, and her kids are the numerous shows and creations” she has been a part of.

Her advice for other women 50+ looking for change?  “When I first told people about the opportunity some said I was crazy, while others empowered me,” she says. “You just need to stay quiet, listen to yourself and follow through with what you really want.”