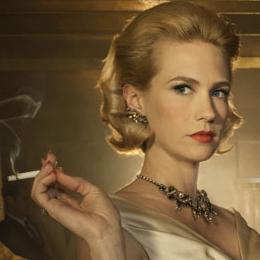 Growing Up with the Oscars

Growing up, the Oscars were a big night in my house. My mother would dress us in full party attire. She would select one of her finest dresses, replete with a crinoline underlay and a brightly colored sash. My father would wear a suit for the occasion. It was the one night of the year that we were allowed to eat in front of the television set.  Back in those days, there was no Red Carpet show announcing what designers were being worn. No 360-degree camera shots of celebrities on platforms or cameras set up for shoe viewing. Back then, the magic occurred simply when the curtain went up and the show began.

It wasn’t long into the evening before I wanted to rip off my itchy tights and high-collared dress, but I didn’t dare for fear of hurting my mother’s feelings. This was her night and she reveled in every detail.  To this day, whenever I have chutney and cheese on white bread or pigs in a blanket, I can still taste the sweetness of her excitement.  I was never sure why it was so important to her, but I knew better than to ask.

We lived in a modest home, about as far away from celebrity life as one could ever imagine. I was fairly certain that my parents had not seen all the nominated films. I knew for a fact that I hadn’t seen any of them. Going to the movies on Christmas Day each year was our one family splurge. We had no access to the barrage of fan magazines available today. Basically, I had no clue who any of the stars were, nor did I care.  My mother, however, wallowed in it. She oohed and aahed as the celebrities walked to the stage to give or accept awards. She discussed their outfits aloud to her less-than-enthusiastic audience.  However, there was something lyrical in her delivery that kept my family on the couch, something mystical in the way she moved through the room.  She was happy and light, and we all enjoyed watching our mother transform for this one special night.

Looking back now, I surmise that the Oscars were her escape from the drudgeries of middle-class suburban life. These celebrities looked as if they had never driven carpool, made dinner for their family or searched for money to pay the mortgage.  My mother and father struggled to make ends meet. My father, who had served in the army, didn’t finish college until after we were born.  He went to night school and worked during the day.  As a salesman, he traveled often.  My mother left college to marry my father and was still in her twenties when we were school-aged. Sometimes when I watch a scene from my beloved Mad Men, one in which Betty Draper sits in the kitchen staring off at nothing while her kids are planted like zombies in front of the television, I cringe. My mother was not at all like Betty, who was cold and ruthless to her children, but the show accurately portrays a time in which women were trapped within their lives.  They were not valued for their intellect or allowed to contribute to the working world.

My mother lived in that world, and was far was too young to run a house and take care of children. She would have loved living in New York City in a sublet apartment, working as a journalist. To this day, she can finish a New York Times crossword puzzle in less than ten minutes. She was too smart to be a twenty-something housewife. Sadly, timing and tradition never gave her another option.

I have never missed an Oscars show. Ever. Each year I am excited to watch the pomp and circumstance, only now I do it in my pajamas. I relish the hours of gowns and tuxedos on E! and get giddy when I see which designers celebrities are wearing. I even clap and whoop shamelessly when I really, really like someone. (As an aside, I hope Sally Field gives that speech again if she wins for Lincoln; top five Oscar speeches of all time.)  I am fortunate to have seen all the movies, a fact which I do not take for granted.  My children watch part of the show with me but not all of it. They have homework and social obligations that draw them away from the television. My husband will have no part of it. After awhile the show crawls and I lose my enthusiasm.  Aside from the opener, the song presentations, and main awards, it is torture to watch some poor soul struggle with a thank you for an animated short, or hear the music play over the makeup person’s lengthy homage to everyone they ever knew, including their kindergarten teacher.

As I watch alone, however, I can always count on several commercial-time phone calls from my mother. She wants to discuss it all – the dresses, the speeches, the songs. I can still hear the high-pitched lilt of her voice in those calls, the excitement of her youth. I want to tell her  that I get how hard it was, but I don’t.  This is her moment to forget all she gave up to raise us, and all that she has lost since that time.  Instead, I stay on the phone with her for however long she wants – giving her an Oscar in my own way.

Growing Up with the Oscars was last modified: February 19th, 2013 by Mimi