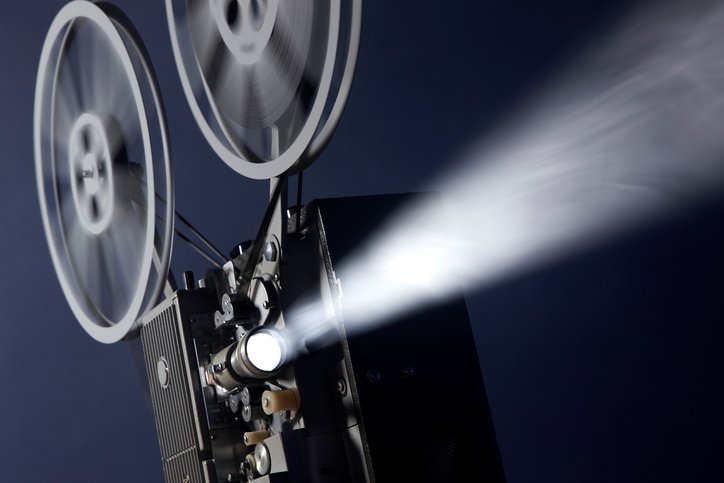 Is There ANYTHING Good To See At The Movies Right Now? 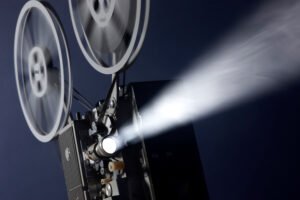 This summer at the movies sucks. I normally despise that expression but it accurately describes the vacuum that is this summer’s movie season. Underwhelming fare is now playing on mainstream screens everywhere, and I am searching like crazy for things I want to see. Here’s what I don’t want to see:

–NEWSCASTERS playing themselves on the big screen and then complaining about the line blurring between news and entertainment. It’s practically a second career for Larry King and Wolf Blitzer. But anchors from Charlie Rose to Rachel Maddow have done cameos. WHY? The money? Commercial exposure?  Sheer vanity?  The novelty has certainly worn off; the sight of Bill O’Reilly or Anderson Cooper appearing in a movie has about as much impact as seeing product placement for a box of Triscuits. It does the fourth estate no favors.

–People “DINING” at movies, consuming the grossest, most invasive “food” (and I use the term advisedly). As the action is heating up onscreen, the last thing I want to be aware of  is somebody in the next seat chowing down on a fully loaded pile of something slathered in cheese, garlic, bacon, and scallions. (If I’m making you hungry, I don’t mean to. By the way, those utensils? They’ve been lying around wrapped in napkins that ANYONE might have handled. Think about it.) Waiters skulking around taking and delivering orders, while audience members are getting up and down to use the facilities because their intestinal tracts have been engaged are beyond distracting. Can’t people go two hours without pigging out?? Isn’t one big sensory experience (a movie) at a time enough? Well, maybe not this summer where it’s slim pickins.

–Comic book and video game SUPERHEROES? Sick of them and wish they’d all die slow painful deaths. BATMAN v SUPERMAN disappointed and the X-Men franchise has reached its own apocalypse. Then there are disaster flicks, which I usually like. INDEPENDENCE DAY: RESURGENCE claims, “It’s worse this time.” Oh yeah. This “re-gurgence” was not advance screened for critics, which meant that even the powers that be (and most critics) thought it was so bad they didn’t want to risk negative reviews getting a jump on the first unsuspecting audiences and upsetting those precious opening weekend grosses. No matter; it seems a little blue forgetful fish and Ellen Degeneres have taken care of that.

Though I’m not generally not drawn, so to speak, to animated kids’ flicks (too many furiously clever retreads trying too hard to please), this summer I’m desperate, and they are among the season’s best. FINDING DORY is an enjoyable family entertainment and THE top grossing movie of 2016 to date, submergingCAPTAIN AMERICA: CIVIL WAR, while reinforcing many positive values about diversity, friendship, family, especially those with short term memory loss (boomer parents take heed; the plot moves at quite a clip). I liked it and THE SECRET LIFE OF PETS which is pretty hilarious, absolutely nailing the difference between cool cats and needy dogs, and featuring a subplot about an underground network of abandoned pets. So stop buying those cute little bunnies at Easter and disposing of them by the 4rth of July, unless you’re prepared for an insurrection of the fanged and furry.

And DO see a really wild new documentary called TICKLED about a reporter name David Farrier who’s always on the lookout for unusual stories, when he happens upon an online post seeking participants for a “competitive endurance tickling” event. When he e-mails about doing a story, he gets a weird and threatening response which rather than putting him off, leads him down a wormhole and into some perverse and global goings on–which are still going on. I’ve seen better-made documentaries, but this one delivers what I’m always looking for in a doc: a slice of life I never knew existed, confirming yet again: truth IS stranger than fiction. NIGHTLINE just did a story on how the subject of this film is now trying to turn the tables on the filmmaker and is pursuing him through the legal system. Scary.

I had high hopes for NICE GUYS, which turned out to be an off-color, tone deaf, odd couple buddy movie starring Ryan Gosling and Russell Crowe highlighting absolutely no chemistry between Gosling and Crowe, who by the way is really not funny.  LOVE  & FRIENDSHIP features an excellent turn, finally, by Kate Beckinsale who’s been casting about for decades as a vampire, action heroine, and romantic ingenue, but has finally found her footing as an Austen heroine equal parts pulchritude and attitude. But a rushed script leaves key moments underdeveloped, so the film is loaded with sensibility and lacking sense.

I did like NOW YOU SEE ME 2–even more than the original. ME BEFORE YOU cooked up plenty of chemistry between “Game of Thrones’” Emilia Clarke and her even prettier co-star Sam Claflin, but it does go on a bit and ends with… well, maybe you should see this one.  I also had a good time being scared watching the artful and compelling THE CONJURING 2 with an excellent cast headed up by Vera Farmiga as a ghost hunter and a wooden Patrick Wilson as her husband and partner in the paranormal. Based on a true story of a haunted house in Enfield England, THE CONJURING 2 has a gritty reality that gave me the creeps.

THE LEGEND OF TARZAN is entertaining but ultimately mediocre, featuring a hunky jungle hero in Alexander Skarsgard who straddles the feral and the lordly with aplomb and is married to gorgeous Margot Robbie as Jane. There are many gorillas, and much vine swinging, but little heat. Samuel L. Jackson looks bored as T’s sidekick, and the ever evil Christoph Waltz, in a real stretch, plays another villain from yet another country.

And then there’s MIKE AND DAVE NEED WEDDING DATES. This trashy “R” rated one dimensional comedy drove the family sitting behind me out of the theater at the first graphic descriptions of various forms of sexual diddling. Zac Efron and Adam Devine play the goofy, sex-crazed Stangle brothers who are commanded by their family to find “nice” girls to bring to their sister’s Hawaiian wedding to keep them in line. The boys find Anna Kendrick and Aubrey Plaza, who play two literally “dirty” girls who have cleaned themselves up and are pretending to be “good.”  After many raunchy adventures (including one crude and unfunny encounter with a bisexual cousin, another hilarious and involving a naked Indian masseur on a rope) the four end up being perfect for each other: all equally stupid, vulgar, and goodhearted. The actors are first rate, and much of the dialogue feels improvised; Anna Kendrick pretending to be the manager of a hedge fund is pretty funny. I laughed– but I didn’t respect myself when the credits came up.

Still waiting for: GHOSTBUSTERS and JASON BOURNE. oh please be good.
Is There ANYTHING Good To See At The Movies Right Now? was last modified: March 5th, 2018 by Joyce Kulhawik