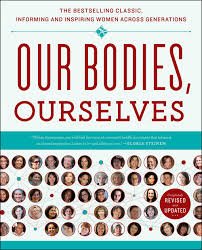 Is An Online Presence Of “Our Bodies Ourselves” Worth Preserving?

Last year a young friend asked me how could I say that the consciousness-raising groups of the 1970s were an important place for women to discuss their feelings, when she has read diaries of lesbians who felt totally isolated and unable to talk about their feelings. I responded it is not fair to judge past actions by current standards. In the early 1970s, many women did not know their own bodies. They knew “down there” and “not a penis” but not what they actually had.

In May of 1969, as the women’s movement was gaining momentum and influence in the Boston area and elsewhere around the country, twelve women ranging in age from 23 to 39 met during a women’s liberation conference at Emmanuel College. In a workshop on “Women and Their Bodies,” they shared information and personal stories and discussed their experiences with doctors. The discussions were so thought-provoking that they formed the Doctor’s Group, the forerunner to the Boston Women’s Health Book Collective (which later changed to Our Bodies Ourselves), to research and discuss what they were learning about themselves, their bodies, and their health.They put their knowledge into an accessible format that could be shared and would serve as a model for women who want to learn about themselves, communicate their findings with doctors, and challenge the medical establishment to change and improve the care that women receive.

In 1970, they published a 193-page course booklet on stapled newsprint entitled “Women and Their Bodies.” It was revolutionary for its frank talk about sexuality and abortion, which was then illegal. The cost: 35 cents. In 1971, they changed the title to “Our Bodies, Ourselves” to emphasize women taking full ownership of their bodies. Republished by New England Free Press, the book put women’s health in a radically new political and social context and quickly became an underground success, selling 250,000 copies, mainly by word-of-mouth. The cost this time around: 40 cents.

In 1972, the group formally incorporated as The Boston Women’s Health Book Collective.The following year, in 1973, Simon & Schuster published the first commercial, expanded edition of Our Bodies, Ourselves, which taught many women about their bodies. This was a time when many women thought they were dying of a dread disease when the natural process of menstruation began. This was a time when many women gave birth with no idea of how their baby actually exited the body. Women were lined up on beds, separated from anyone they knew, drugged, and then presented with the being that emerged from them. Without knowledge of their bodies women cannot be responsible for their health.

Our Bodies Ourselves probably saved the American healthcare system millions of dollars. Their groundbreaking book revolutionized childbirth in America. It taught women how to take care of themselves.   But  the Cambridge women’s health collective that wrote the groundbreaking book, Our Bodies Ourselves, which has sold more than 4 million copies in the United States since its first publication in 1971, is now at risk of closing — the victim of consumers’ shift to the Internet, dwindling grants, and the lack of a long-term financial plan.

The fact that the book sold so well shows that it filled an important need.  As of 2015, Our Bodies, Ourselves has reached millions of women around the world, for many in their native tongue. The fact that it was translated into thirty languages proves that it spoke to women around the world. If all women in the world have learned about their vaginas, the closing of the Our Bodies Ourselves office is a sign of success. Sadly we all know that this is still not true and there is much more education sorely needed. Currently, the Our Bodies Ourselves website gets 400,000 visits per month. That’s a lot of women still looking for information.

Let’s hope Our Bodies Ourselves can morph into an easily accessible presence on social media. Facebook, Twitter, Google+, Instagram and other sites are ideally situated to provide instant access to women all over the globe who are yearning to learn about their bodies, their sexuality, childbirth, and health. Not only can the internet communicate in many languages, but detailed graphics can help people who don’t read access information with ease.

It would be a shame to allow this resource to languish as a legacy site that will not be actively updated if it does not receive funding. It is a very inexpensive health care tool. Perhaps governments around the world could contribute to the current crowdfunding campaign to assure its continued existence. Or will we continue to force women into ignorance?

Is An Online Presence Of “Our Bodies Ourselves” Worth Preserving? was last modified: January 11th, 2016 by Ruth Nemzoff