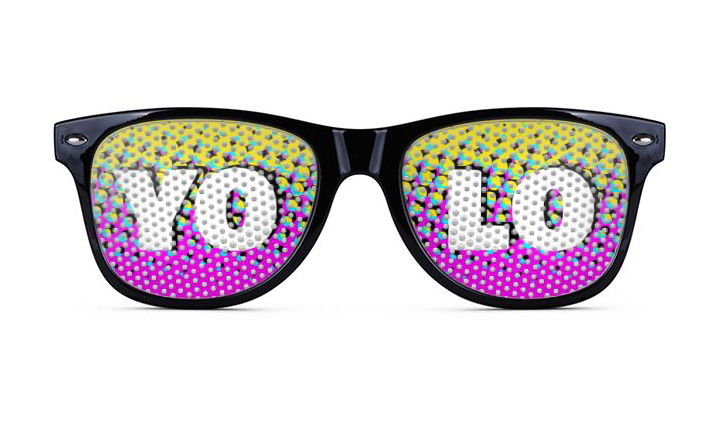 I’m The Girl Who Went Up A Hill.

And then starting going down a hill because she is goddamn over the hill.

Okay, before anyone starts waving their arms and telling me I’m not over the hill, let me just say this: calm your tits. Hear me out.

In the past, when something new would come along, I either participated or followed. At least, I understood what was happening. New being anything that became part of our pop culture, whether it be music or fashion trends or scandals.

I have reached an age where I am just a teeny bit out of touch. Maybe, more than a teeny bit. I am not entirely sure. Learning about trendy shit is so often met with my “what the f%&ing f%&k is this shit?” look. Then I dismiss it and move on. Or I just miss it entirely.

When I’m forced to acknowledge something’s existence and know nothing about it, I fill in my own blanks. For instance, I thought Duck Dynasty was a cartoon. I found out it was a reality show when the one dude with the long beard started showing up in the news for being a racist twat monster.

Admitting one is out of touch is at least a little over the hill, yo.

I like looking at life from this perspective. Do you know how much anxiety goes along with worrying about having the right clothes, shoes, car or house? It’s an anxietyfest. I love being over here, not caring much about this season’s “It” bag. If “It” bags are still even a thing. I love not worrying about advancing my career. I am happy to say “I just want to do my job and get a paycheck” and it’s totally acceptable for me to say that.

Younger people can’t say that shit. If a younger person said that they didn’t want to advance and grow in their career, that would be met with disdain. Or, at the very least, some severe side-eye. Not when you’re my age! Nope! I can say that and people say “Oh, yeah. Good for you.” I love the drop in pressure one gets for free with age. You don’t even need an AARP card for these benefits.

I can also ignore most of the trendy stuff. I did my time. I wore jackets with humongous shoulder pads. I wore ripped up jeans and off the shoulder sweatshirts. I even dabbled in acid wash. Now? I can just watch what other people wear and criticize and emulate and never have to get out of my sweatpants. What’s not to love about that shit?

As I am still an active participant in life, I can’t help but know about some of the trendy shit.

I am pretty sure I’ve rolled my eyes more in the past five years than I have all my other years combined.

Here’s my over the hill take on shit I didn’t know existed until five years ago or less:

2. Justin Bieber – I still know nothing of Justin. I know he has a song where he says “baby” a lot and he used to date someone named Selena Gomez. I also have no idea who Selena Gomez is. Priscilla forced me to know more about Justin Bieber than I ever wanted to know. On my 50th birthday, she decorated my cubicle in all Justin. Including a life size cutout. She also had my face photoshopped over Selena Gomez’s face so it looked like I was cuddling with Justin Bieber. And she posted those pictures all over the entire building. That’s how I found out about the whole Selena Gomez thing. I also, just now, had to google Justin Bieber because I wasn’t sure how to spell his name.

4. YOLO – Hell to the no. (I thought that one was dumb as well) I have lived my life in a mostly irresponsible manner. I’ve married three times. My credit score was nearly good that one time. I didn’t stop living paycheck to paycheck until early this decade and that has since changed. So I know about being irresponsible. The first time I heard Yolo, was the first time I felt my inner old lady rise up and shake her fist. What the f%&king f%&k you stupid motherf%&kers? You can’t do stupid shit like rob a bank and claim “yolo”. That is the stupidest thing I’ve ever heard. You want to only live once in a cell? Apparently, my future old lady self is as foul mouthed as current me.

6. Taking pictures of food and posting them online – I’m not saying you shouldn’t do it, I am saying I don’t get it. I have been eating food for years now. I never had the urge to take my 110 instamatic and snap pictures of my meal for later viewing. I mean, maybe other than some birthday cakes, wedding cake or something. Now, we photograph our normal every day meals and show them to other people. That’s weird. Also, the food pictures piss me off. They look really good and I’m hungry. I don’t feel like cooking and then I get food envy.

7. Uggs – I actually love Uggs. I have a pair of purple ones and they are my favorite thing to put on my feet in the winter. Winter being the key word here. I did not get people wearing heavy winter boots with shorts in the summer. Why in the fuck would anyone wear heavy winter boots in the summer? It just looked to me like they weren’t smart enough to dress themselves.

So, that’s just a few. I’m sure I could come up with more, but it’s getting late and I need a little Netflix time.

You youngsters are going to like it when you get up here to over the hill. I’ll be here waiting. The view from here is endlessly entertaining and sometimes confusing. I like hanging out here. I am not planning on going down the other side for a while.