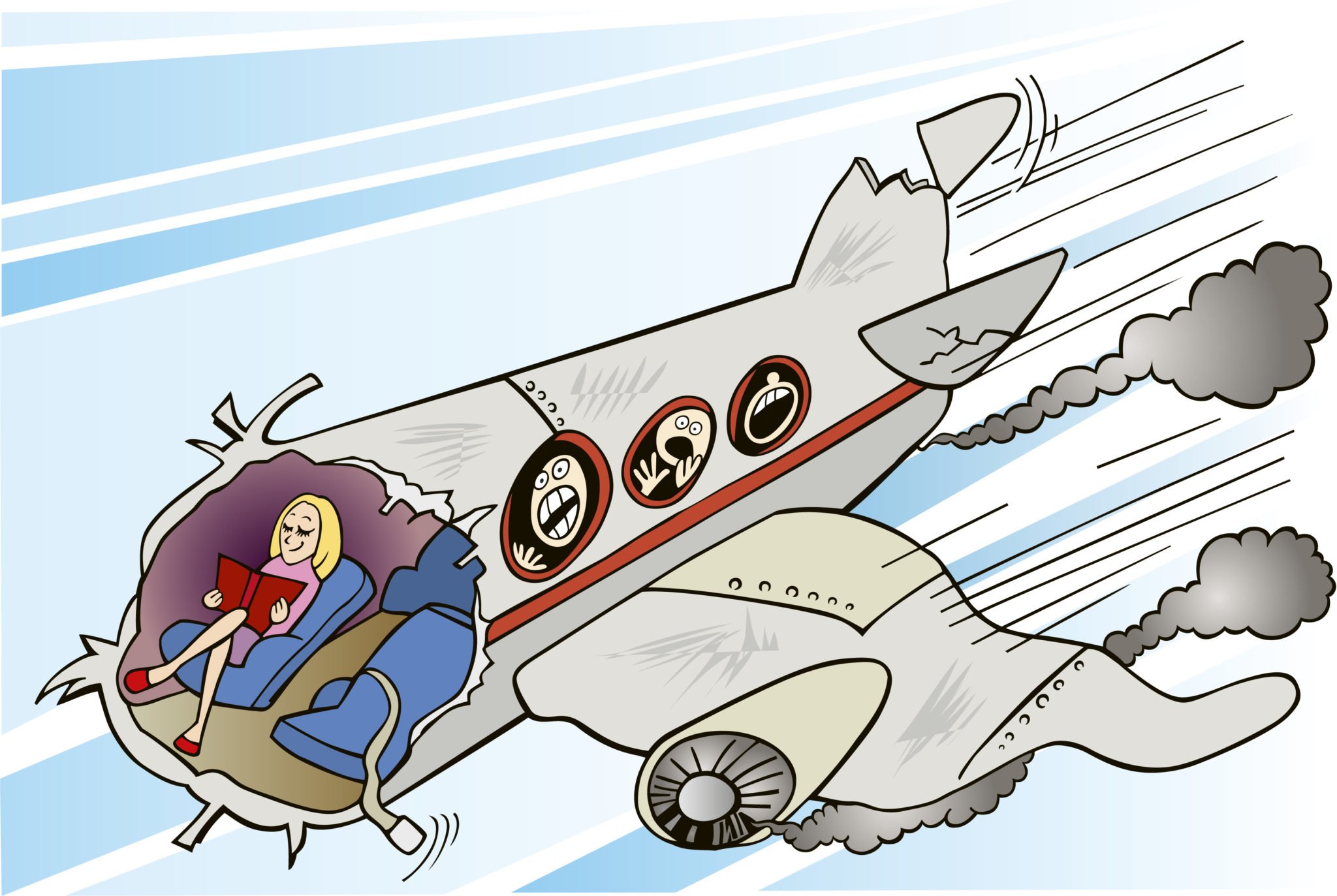 I’m Dying! And I Didn’t Make The Bed!

Six years ago, on January 15, 2009, Flight 1549 took off for Charlotte, North Carolina and, 3 minutes later, made an emergency landing in the Hudson River, with no serious harm to anyone but the geese who caused the problem. (They were liquefied into something called, in aviation jargon, snarge.)

Miracle on the Hudson, the subsequent book about this incident by William Prochnau and Laura Parker, focuses not on the uber-competence of Pilot “Sully” Sullenberger, but on the reactions of the plane’s passengers after they realized both engines had failed.  Some screamed. Some cursed.  (A direct quote:  “Oh, crap, we‘re crashing!”)  A few were furious.  Others remained calm.

My favorites were the folks who remained in denial. They flat-out refused to believe a disaster was happening. “Problem? There isn’t a problem,” they insisted, right up to the moment the plane hit the water.

Experts who have studied how folks behave in crisis situations  tell us that when the shit hits the fan, some people are survival-oriented, some totally flip out, and a third group sits frozen in shock and does absolutely nothing. (When the oxygen masks drop, these folks stare at them blankly until they pass out.)

So how do you know which group you’re in?

You don’t. Until your plane loses both engines.

The passengers on Flight 1549 prayed. To a smorgasbord of Supreme Beings. There were Jews and Muslims and a variety of Christians on the plane. Also one Buddhist (who later reported that she felt kind of “left out.”)  Some folks reached for their cells and tried to phone their loved ones, although one passenger aborted her call when her seatmate said, “Don’t phone your husband now —  you don’t want to bother him.”

Come again? If  when you’re  plunging toward almost certain death isn’t the right time to trouble your hubby, I don’t know when is.  I applaud the woman who phoned her man the instant she realized the plane was in trouble and kept him on the line through the whole ordeal.

“Kudos to Verizon,“ she said later, “They were right there.“

Now there’s an ad — “We’ve lost both engines! We’re headed toward the water! Can you hear me now?”

A variety of last thoughts went through people’s heads. Many said mental goodbyes to loved ones. Some asked God for forgiveness. Others were pierced by regret that they’d never see their daughter graduate or play catch with their son.  One woman actually fretted about the fact that she hadn’t made her bed that morning. (Easy there, Martha.) And the overly-practical among us can surely relate to the woman, who, as the plane went down, hoped her husband would realize that, because she was traveling on business, he could collect double on her insurance.

We’ve all wondered what it would be like to be in a crashing airplane. We‘re seen the movie version (too) many times. But Flight 1549 provided a rare opportunity to learn what it’s actually like.

I’m glad they all made it out alive.