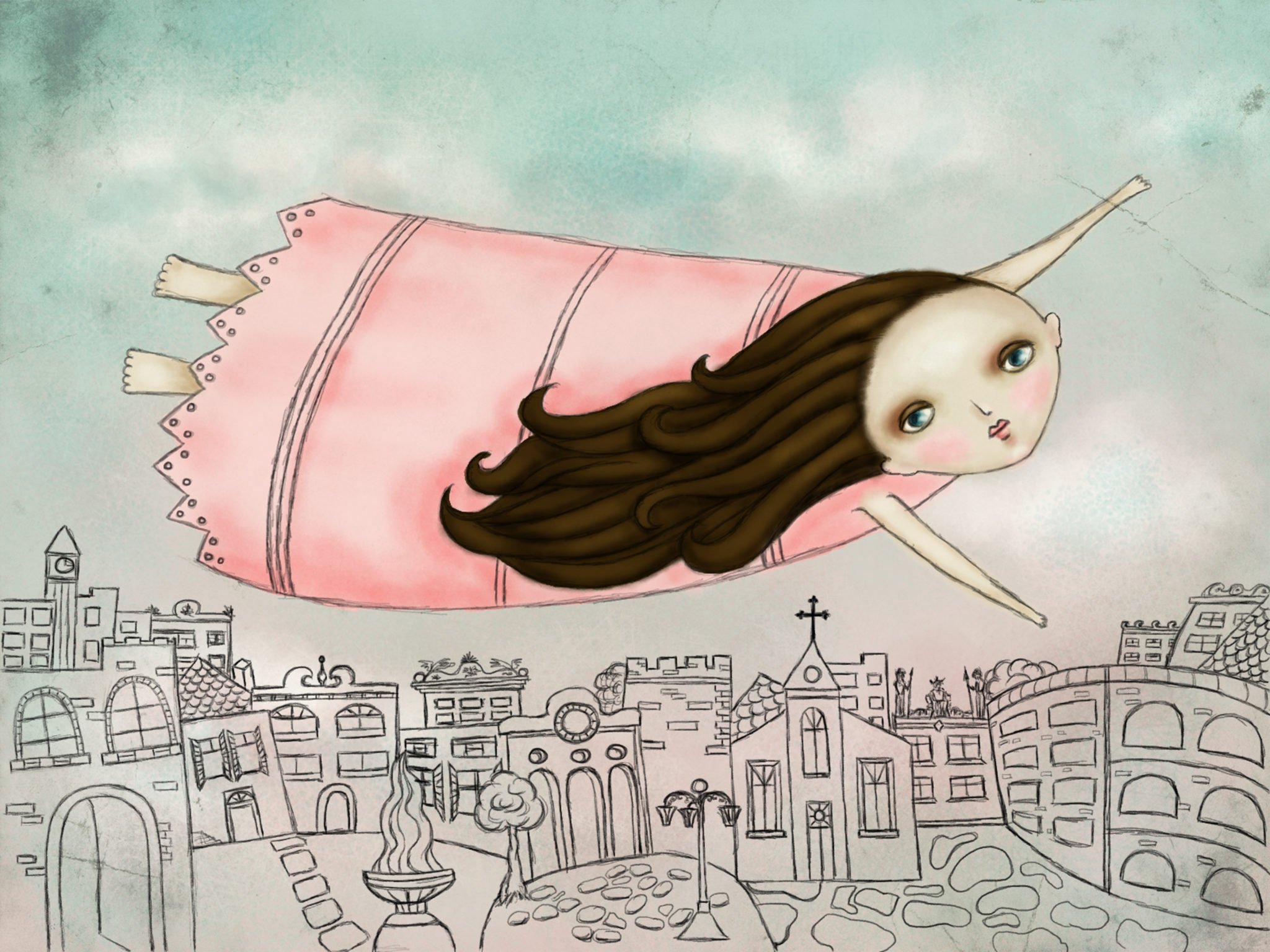 If Your Nightgown Could Talk…

“You need to get rid of that nightgown,” he teased her, swatting her gently with the newspaper as she walked by. It was a floral print, pale aqua and white flannel, matronly and soft as a well-worn cloth diaper. Although she had nicer, newer ones, this was her favorite. It was unraveling a bit at the shoulder and along the modest neckline, but she reflexively gathered it around her slender frame and protested.

My father pulled her close with affection and I’m sure we kids cringed and giggled at the same time. We loved those rare occasions when my otherwise serious dad acted silly. As she nestled into his arms he tugged at the already fraying fabric and began tearing the nightgown in long strips from her body.

“Stop, stop!” Mom cried, embarrassed to be standing in the kitchen clutching a frying pan in her disintegrating sleepwear. By now, we were howling. This was a spectacle unparalleled in our childhood. Mom was squealing and laughing so hard that tears were running down her face. My father continued to shred the nightgown with surgical precision until she could break free and run for the stairs to their bedroom, clinging to the remaining scraps.

It was a sad and sudden demise for the beloved garment — and a singular glimpse into the playfulness my parents may have shared behind closed doors.

Some four decades later, I had just ended a relationship with a man who wasn’t all he thought he was when I spotted the purple nightgown. It dangled from its hanger like a banner proclaiming “Free At Last!” Although the store sold seductive lingerie, there was nothing about these jammies that said, “Come hither.”

Even brand new, the nightgown looked, at best, comfortable. Made of soft, 100 percent cotton, it was long-sleeved, V-necked, and cut just below the knee like an oversized tee shirt.

It was, I decided, love at first sight and perfect for a winter alone with the chocolate lab puppy I was caretaking for my landlord on Martha’s Vineyard. We could curl up on the couch — Mambo in her cuddly fur coat — and me, in my demure purple nightgown, two girls contented in one another’s company. I was on a deliberate vacation from romance and she, freshly spayed, was on the same page.

I had other nightgowns, of course. But none, I discovered, approached the downiness of Her Majesty. With each washing, the fabric grew softer still, feeling somehow weightless and warm at the same time. The bold purple soon quieted to a more muted shade, better suited to the somber palette and early nightfall of winter on a desolate island.

Mambo and I would climb onto the sofa, a mug of herbal tea in my hand, her blocky head resting on my purple knee. I was afraid of becoming the “crazy cat lady” but reassured myself that I was snuggling with just one dog, not a house full of felines. And after 35 years of one form of romantic relationship or another — often simultaneously — being single was likely a temporary condition.

Now, nine years after its purchase, the purple nightgown remains my go-to bedtime apparel at least two nights a week, despite its threadbare appearance. Much as I fear compromising its longevity by tumbling it in the washer/dryer, I do surrender it for regular laundering.

Mambo is steadfast as well, still sprawled by my side each night on the sofa and coiled in a tight ball at the foot of my bed. She’s weathered the years in far better condition than Her Majesty, which, at last inspection, had split down one sleeve along the seam and looked overall as if it had been set upon by a pack of hungry goats.

My new husband (we married just over two years ago) gives my purple nightgown withering glances as it glides over my head and assumes its rightful purpose, cocooning my mid-life figure with its velvety shapelessness. Like my intrepid old dog, it has earned its place in my heart.

Not long ago, my husband reached out as we passed one another in the kitchen. He took the sleeve of my nightgown between his fingers, lacking proper reverence. “You need to get rid of this thing,” he said. I shook my head. Like some memories, the purple nightgown is too sacred to relinquish.

If Your Nightgown Could Talk… was last modified: June 16th, 2016 by Karla Araujo