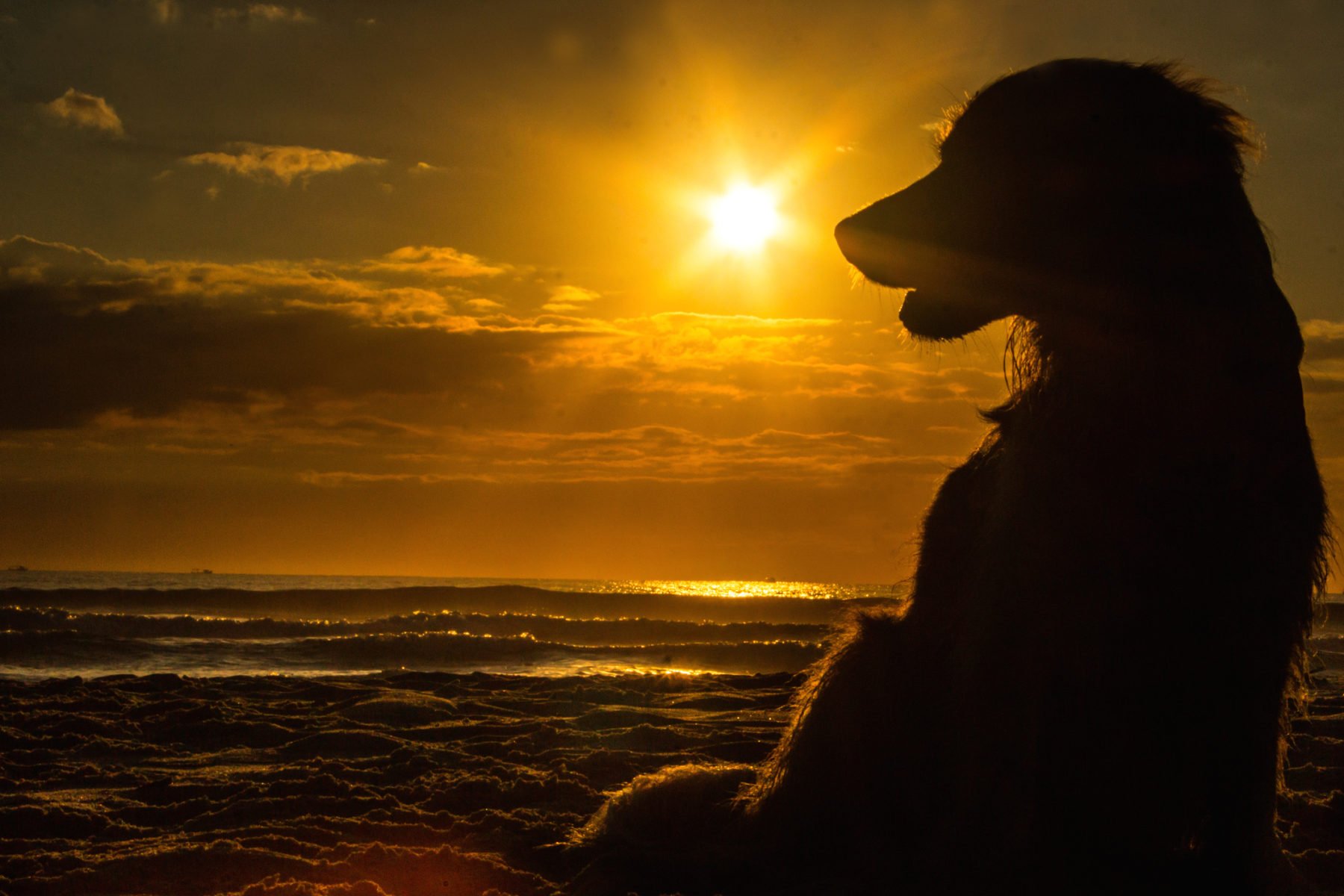 I Wish There Was a Handbook For Pet Grieving

Every morning I’d come down the stairs and turn off the outdoor porch light. Then, I’d turn in the direction of the family room to see my old, gray chocolate lab watching me with happy anticipation, ears perked, tail wagging.

Spike wasn’t a particularly affectionate dog. That is, he loved getting affection, but giving it wasn’t his forte. But in the early mornings, he’d rub up against my legs, dash across the room to bring me one of his well-worn toys, and give me doggie hugs until I’d say, “Wanna go outside?” And then we would.

I called him my puppy, even though he was over thirteen when we made the heartbreaking decision to put him to sleep. In a way, he was a puppy to me as I had only had the pleasure of having him in my life for his last three years. Let me ‘splain.

Four years ago, my husband’s ex-wife died rather suddenly. She was young and it was shocking. And she left behind two sons and three pets, one of whom was Spike. And my husband decided his boys needed to keep Spike with them. (Relatives kindly took the other dog and the cat.)

In what turned out not to be my proudest moment, I fought his decision. I didn’t want Spike. I didn’t even like dogs that much. Go ahead and judge me — I’m sure you already have. But, to say less than the least, there were also about a bazillion other things going on in our lives at the time and adding a dog to the mix didn’t seem like the greatest idea.

But, frankly, my husband’s argument was the sympathetic one. Of course the boys needed their dog — their mother’s adored dog — in their grief. Of course. I got it. I’m not a monster. And so, on a sunny July day, Spike came to live with us.

It might have been as early as the first week he was there, but I quickly realized no one was paying much attention to the dog. They had other, bigger things to manage like overwhelming grief. Spike was getting fed and let outside, but not much else.

My husband recalls how depressed Spike was when he first came to our house. I wouldn’t have known because I’d never known a dog before. But now, when I look at pictures from that time, I can see the sadness in his face. Of course he was sad. His human mommy had left home one day and never returned. He was brokenhearted.

And so was I. For different reasons.

And, then, in walked Spike. It probably took us about a month to fall fully and completely in love. But once I was in, I was in. Spike became my dog and remained my dog until the end. And the end came much too quickly.

For anyone who’s lost a beloved pet, I don’t need to explain how my heart is broken in a million pieces. How I’m looking around for him as if he might be sitting on his bed in the corner. How I don’t want to come downstairs in the morning because I don’t know what to do without the happy routine we’d established over the years.

I’ve been told that, over time, my heart will heal to the point where I’ll consider getting another dog whom, I will tell you right now with absolute certainty, I won’t ever love as much as I loved Spike. (Famous last words, I’m well aware.)

The day after Spike died, I was home alone. My younger stepson drives what once was his deceased mother’s car. It was parked in our driveway and, without warning or precedent, the car alarm started blaring — a deafening horn-honking — the kind you hear, yes, when a car is being violated, but also in times of joy like at parades or weddings. Call me crazy, but I like to think it was a joyful sign from Spike (and his mom) that they’d been reunited at the rainbow bridge and they wanted me to know.

I will miss him terribly and completely.

I Wish There Was a Handbook For Pet Grieving was last modified: November 19th, 2017 by Abby Rodman