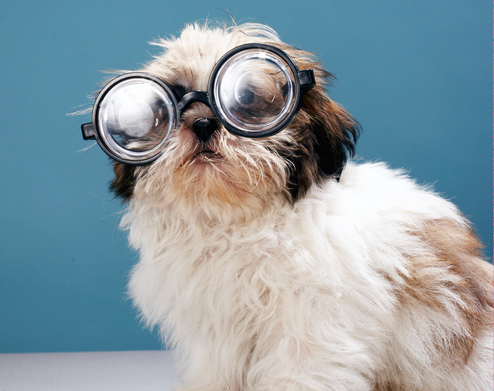 I Was Mistaken For My Husband’s Mother

We were browsing the souvenir shops just outside the entrance to Pompeii when I noticed our tour guide, Valentina, holding a sign with my name on it. I hurried over to introduce myself, and then I motioned for my husband Russ and two teenagers, Katie and Michael, to join us.

As they exchanged “hello’s”, Valentina uttered what may have been the single most insulting sentence anyone has ever said to me.

“Are they all your children?”

The smile on my face disappeared. “No,” I said coldly. “Russ is my husband.”

You’d think she’d be embarrassed, apologizing and blaming the language barrier, despite the fact that she spoke near-perfect English.

Instead, she turned to Russ and said, “How old are you? You look so young.”

“I’m 50,” he responded, not daring to look at me. Then he quickly changed the subject, asking Valentina about tickets. Later, he told me that all he could think about was whether I would strangle this woman.

I didn’t strangle her. After all, we were in Italy to celebrate Russ’s milestone 5-0, and mine, too, coming up in a few months. But as we walked toward the dusty ruins of the buried city, I felt as old and decrepit as the mummified artifacts all around me.

I asked Katie if I could borrow her sunglasses, and I began to cry.

My 13-year-old daughter took me by the hand and whispered. “Mom—don’t worry. Dad’s wearing his sunglasses. The guide didn’t see the wrinkles around his eyes.”

At least someone knew the right thing to say.

I appreciated that she was trying to help, but I was rattled. I was sad. And I was angry. As we walked through the cobblestone streets, I found myself muttering Italian curse words I’d picked up from my father as a kid, and plotting a revenge worthy of Julius Caesar against Brutus. I would go online and write a scathing review of this poutana (Italian for whore). I wouldn’t leave a dime for a tip…

I did none of those things. Instead, when I got back to the hotel, I put on my reading glasses and looked in the mirror: I saw gray hair, wrinkles and the dirty little secret of perimenopause: acne.

Besides that, my knee hurt, my back hurt, and my acid reflux was acting up. Before our trip, I’d been to see a gastroenterologist, who’d told me to take Prilosec, and then if the problem persists to see him when we returned home.

“Either way, I’ll see you in August for a colonoscopy!” he said, as he ducked out the door.

That word pretty much sums up why people dread turning 50: It left me with this foreboding feeling that time was running out. It seemed superficial to worry about what I looked like; I should be grateful to be alive, right?

Most of the time I was. Until our Italian tour guide (who was no spring chicken herself) mistook my husband for my son, it hadn’t occurred to me to worry that my spouse was so youthful looking. Now, I realized that with his trim waist, full head of curly blonde hair and smooth skin (save for a line or two around the eyes), he could easily pass for a decade younger.

I, on the other hand, have 15 different anti-aging creams in my bathroom. Russ doesn’t even use moisturizer.

The worst part is that it upsets me that I let that guide upset me. I’ve always tried to live by the motto that what’s on the inside matters more than looks. Was I naïve to think that when I actually got old I wouldn’t care, that I would gain sustenance from my life experiences and relationships?

Apparently, yes. When we returned from Italy, I warned Russ that our tour guide’s faux pas was going to cost plenty in cosmetic surgery. That hasn’t happened – yet. Instead, I have soothed my wounded ego by binge shopping at Anthropologie, a mecca for youth seeking suburban women, and the Benefit cosmetics store, where I buy products like Stay Flawless. And I started yet another diet in an attempt to lose the ten pounds that have attached themselves to my ass in the last decade. If I fix myself up a little, maybe I, too, can look like Peter Pan, the new nickname I’ve given my husband (who, by the way, lost 10 pounds on my diet, the skinny bitch).

The writer Anne Lamott tells a story about going shopping with a friend with cancer years ago. Lamott asked the friend if a pair of jeans made her butt look big. The dying friend responded, “You don’t have time to worry about that.”

I agree, which brings me back to what I was worried about: that the road ahead would be all downhill sinking into old age. I began to read books and articles about turning 50, and I was shocked at what I found. One report claimed that people increase in happiness until age 30, and then happiness decreases, but jumps again at 50; several other studies found that people are happiest in their golden years. This news prompted another proverbial look in the mirror—and I didn’t see my husband’s mother staring back at me. In fact, I liked what I saw and who I had become.

By the time my actual birthday arrived, it was a relief; my perspective had changed so much over the year that on that day it felt a bit like I had climbed to the top of a mountain, realized that there was no going back, and accepted that the descent into old age might not be a bad journey, especially with Peter Pan by my side.

I Was Mistaken For My Husband’s Mother was last modified: July 19th, 2016 by Michele Turk