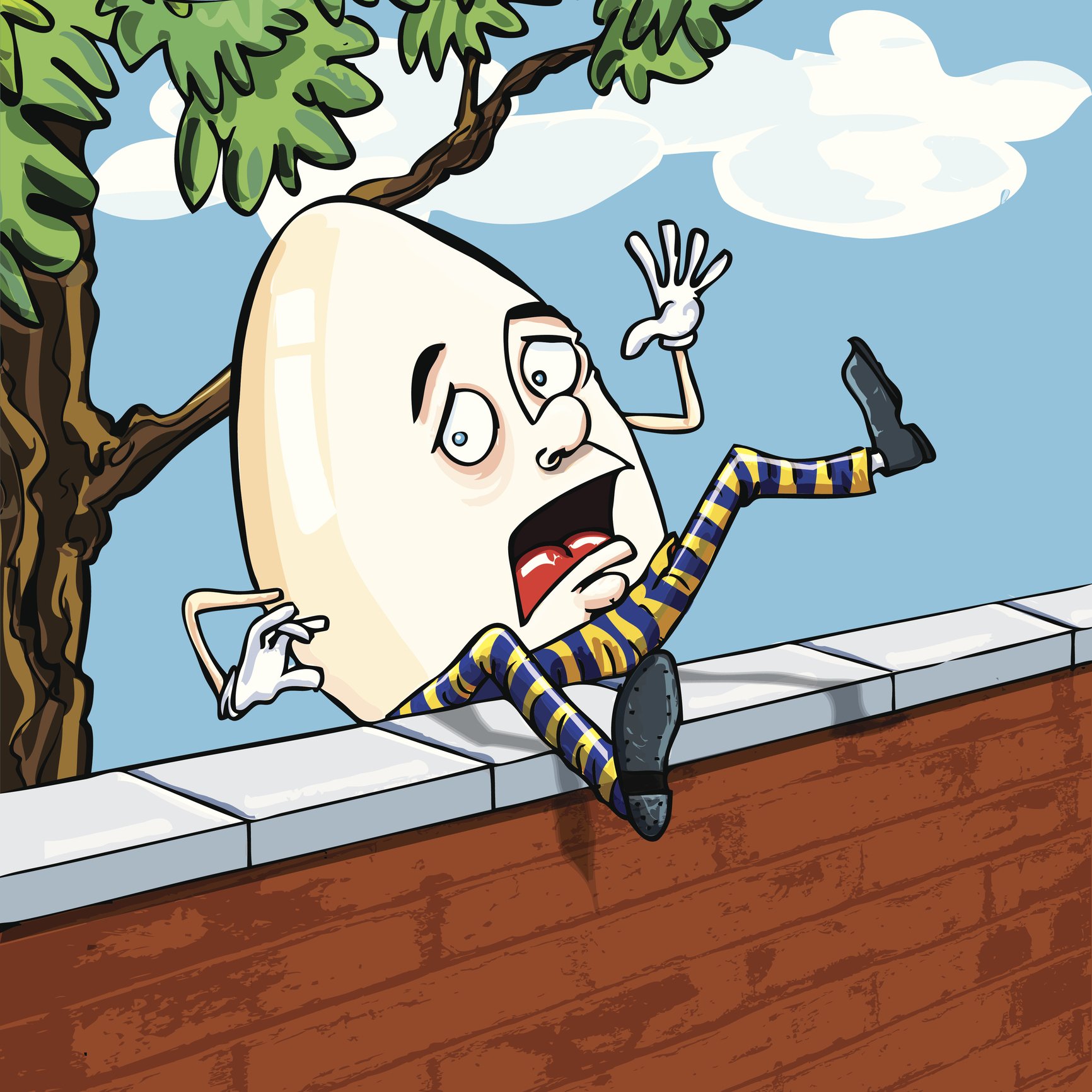 I Feel Ashamed About My Humpty Dumpty Belly

Humpty Dumpty sat on a wall, but now he lives at my house. I am the female Humpty Dumpty. Each time I catch a glimpse of myself in a mirror that’s who I see. Almost one year ago I had abdominal surgery from which I have recovered well, save for the two hernias that now protrude from my belly. I look down, and there they are. I see myself from the side and am torn between laughing and crying.

Over the years I grew accustomed to my imperfect shape. I knew what clothes flattered me, and had a sense of what to wear to look my best. All I knew is now useless as I try to artfully drape fabric over a mid-section that makes me look seven months pregnant. I want to explain myself and my condition to strangers. I want to wear a sign stating that though I would love to suck in my stomach, it wouldn’t do any good. What is sticking out is on the wrong side of my abdominal muscles.

I can’t recall the precise moment I noticed the bulge. For a long time after the surgery I avoided looking at my body at all. The scar running almost twelve inches vertically from the middle of my rib-cage to just south of my belly button upset me; it looked angry and violent. Every time I caught sight of it I imagined the surgeon slicing me open. At first it was held together with stitches and staples. The staples were especially gruesome. I never counted how many, that would have required a closer examination than I was willing to take on. It was a lot.

The physical recovery from surgery was easier than I expected it to be. In retrospect I may have pushed myself too hard when I returned to work and did things like lift cases of cucumbers. It’s also possible I would have developed the hernias anyway; when you’re overweight you’re more likely to get them. No one mentioned this before my surgery; we were focused on more urgent matters. It’s not like I would have forgone the surgery.

It wasn’t until May when I had my first CAT scan that I found out what the cause of my new egg-like shape was. The nurse who reviewed my results with me didn’t mention anything until I asked if she had any idea why my belly was bigger than before the surgery. “Let me take a look at the scan” she said, “Oh, yes, you have two hernias, one is fairly large, but don’t worry; there’s no obstruction, so you don’t need to do anything”. What can I do I asked. “Surgery”.  You can probably imagine how excited I was to hear that I’d need more surgery even it wasn’t urgent.

October 12th is the anniversary of the first surgery. I am not in a rush to go back for more. The Humpty Dumpty shape I have now disturbs me. I wear loose linen tops, and flowy vests and try to avoid mirrors, especially in profile. Wherever I go I worry about what people are thinking. It’s not like I felt great about my body before it’s just that now it feels foreign, like some alien has taken over and I no longer recognize what I have morphed into, like I have lost what little control I had. I keep my attention on myself from the neck up. I try not to look down.

Friends are kind and tell me I am exaggerating about my new (not improved) shape. To me that is more of a testament to my ability to dress to hide it. Or their good manners. No one, not even my daughter is honest with me about how I look. I don’t suppose it matters what anyone else tells me. When I see myself Humpty Dumpty is all I see. At least I’m a better dresser.

I Feel Ashamed About My Humpty Dumpty Belly was last modified: October 10th, 2016 by Nancy Lowell