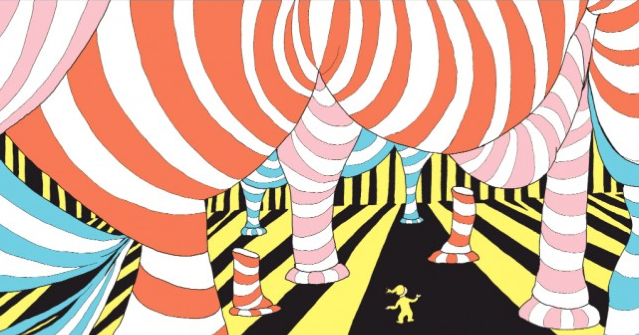 Sometimes I think my wealthy, suburban community is actually on another planet.

Encounter 1:  Dining at a restaurant with close friends.   I mention my daughter’s boyfriend in passing.  “Annie has a boyfriend?” my friend asks, “What’s he do?”  I respond that he is getting his PhD in Biomedical Engineering.  “Oh, a smart one” he says.  “He seems like a nice kid,” I say.  “Where’d he go to school?” my friend asks.  “Wash U” I respond, and with a dismissive wave of the hand and a “Phfff” from his lips, he relinquishes this bright young man to the realm of simply well above average, but not a really “smart one.” The funny thing is….my friend (who is a great guy other than his tendency to put his foot in his mouth) went to Syracuse.  His son?  A real “smart one. “

Encounter 2:  Sitting with a group of highly educated, lovely women.  One of them is curious about my daughter’s job.   When I describe the amazing job my daughter has traveling the world, she asks first, “How’d she get that awesome job? “  Then, before waiting for an answer, she asks, “Where’d she go to school; what did she study?”  When I respond that she went to Trinity College and studied Philosophy, a cool, almost unnoticeable silence pervades the space where we are socializing.   Clearly, it would have been more socially acceptable if she had studied Economics at Harvard.

Encounter 3:  Enjoying a glass of wine with lady friends.  I am asked how I liked attending Brown.  I am honest (oftentimes I am not):  “I, um,  didn’t.   I didn’t like Brown… really.”   I have my reasons, but this is clearly treasonous.   I am informed that her children and grandchildren went to Brown, Princeton and Harvard, and how much each of them loved their respective schools.  I really don’t care, but because I “went to Brown” she feels I must want to hear about their awesome Ivy League experiences …for ten long minutes.  Even my treason did not disqualify me.

Just my guess, but I don’t think encounters like these happen much west of 495.  Maybe we just have too many well educated snobs around here.  Yes, we all know a bunch of lovely Ivy Leaguers , so please, Ivy League buddies, continue to talk to me (about other things).  But it seems to me like a disproportionate number of them feel the need to tell you where they attended college.   And then remind you over, and over and over.  Excuse me, but I don’t recall asking.   Sorry, but you rarely get a University of Vermont alum that feels the need to do that, and you know what?  I generally like them better.

I am in a club that I didn’t ask to become a member of, and now I can’t quit.   Don’t think you can marry in; you can’t.  Membership entitles you to have a certain bizarre pride about your (or your child’s) college, to openly regale people (especially other club members) about your reunions, your sports teams, and your relatives who went to Brown, or Princeton, or Wharton.  I can only hope my membership is revoked soon because not one of my three lovely and successful children is eligible for membership.

My husband went to the University of Rochester, and I can tell you with certainty that he is smarter than I (I almost said “Smarter than me,” but my NYU daughter would have corrected my grammar).  Most of the people that I love the best and admire the most are not club members.  Some of them have children who (GASP!) attend trade schools or are struggling at state schools or who are not in college at all, and they are great parents and have great kids.   I know how they feel about these loud mouths, and I can tell you it is not pretty.

So, if you are a member of the club and there is even the slightest hint of recognition here, here’s some gentle advice:  Shut up.  Grow some sensitivity.  Not everyone wants to hear about your college, not even some of us that are in the same damn club, so imagine how the rest of the 99.97% of the population feels.  Unless someone asks where you went to school (and you’ll be surprised how few actually do), there is no need to tell them.

I Didn’t Like My Ivy League was last modified: November 4th, 2013 by Ronna Benjamin