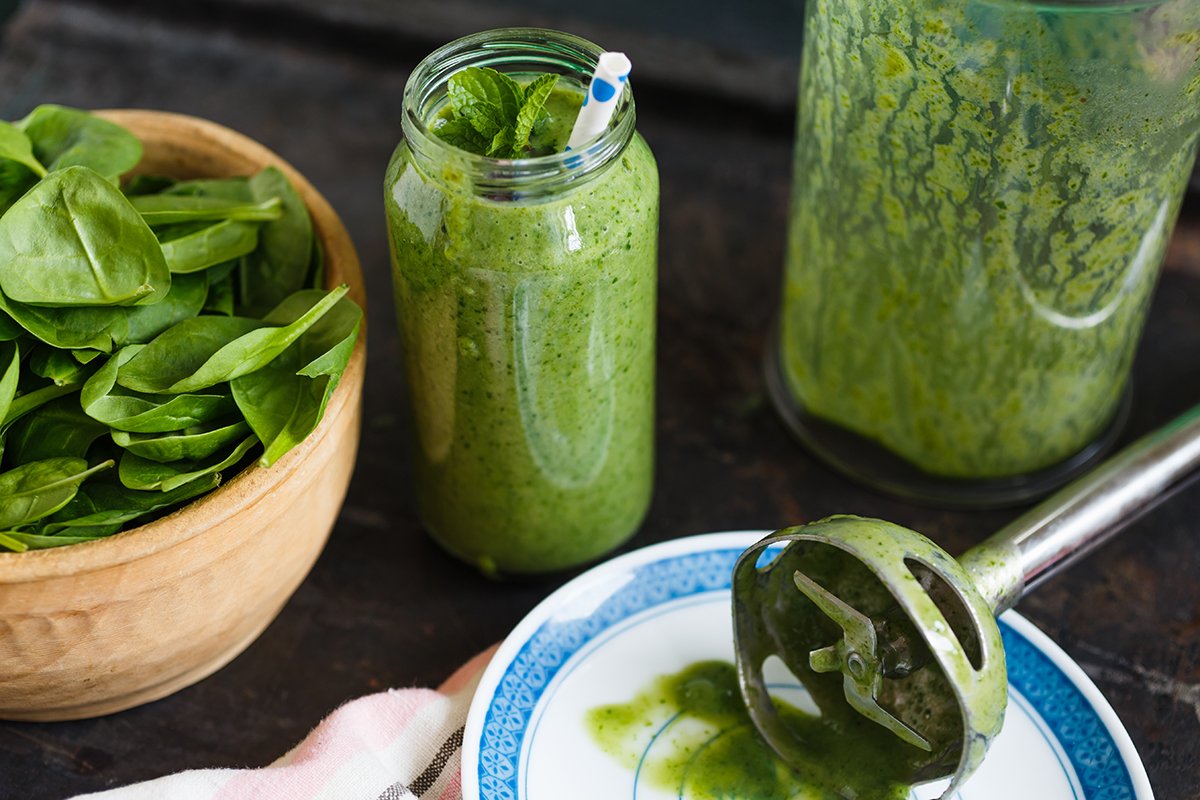 A bloated belly can sabotage your plans and mood like no other. What do you do when you’re supposed to be somewhere, in something (you know, pants that button, your little black dress, or perhaps even a bathing suit), and suddenly your stomach looks and feels like you swallowed a basketball? How do you banish bloat in its tracks when you’ve got a bloat emergency? We posed that very question to the insanely fit trainers and nutrition gurus behind lifestyle brand Tone It Up, Katrina Hodgson and Karena Dawn, who know a thing or two about a flat tummy.

Keep scrolling for their road map for de-bloating fast.

If you only have a few hours before an event, Karena and Katrina recommend drinking some water with fresh lemon and a little cayenne pepper for a de-bloating tonic.

On that note, you might be bloated because of indigestion or gastrointestinal distress. Cayenne pepper stimulates digestion, eases gas, and can relieve pressure and cramping. It’s basically a bloated belly’s most formidable match when you’re in a bind, so toss a teaspoon into your drink of choice (more options below).

Like cayenne pepper, turmeric is a detoxifying spice. The girls buy it in powder form, but you can also get drops of turmeric and add a teaspoon (in either form) to water, tea, juice, or a smoothie before an event.

In addition to water with lemon and cayenne pepper, sip coconut water, which helps to de-bloat. “You really want to stay hydrated to flush out any extra sodium,” so just keep sipping the right fluids, they say.

“Ginger is great for de-bloating, whether you make ginger tea or have fresh juice with ginger or a smoothie in which you include ginger,” the girls say. “We love fresh turmeric, ginger, and lemon for making a juice; that’s our favorite. We like taking shots of ginger too. If you have a juicer you can juice a bunch of ginger and have it on hand, and either take a shot of it or pour it into your smoothies and mix it up. We make huge batches of it to have on hand. If you don’t have a juicer, you can slice up little bits of ginger—it’s hard to grind up in a smoothie, so it’s almost like you have to mince it, make it really small, then throw it in the blender,” they say.

A further benefit, they explain, is relief from the menstrual cramps that cause bloating.

If you prefer the taste or want something in addition to water and coconut water, “teas like peppermint tea or ginger tea will alleviate bloat,” they say.

“There are foods like asparagus that are a natural diuretic. So if it is a little further ahead of time (a few hours versus just one, for example), you can eat some asparagus to help you lose some bloat,” they say. Just make sure to not sprinkle any salt on it! Sodium causes bloat, so lay off the shaker before an event.

Spinach also helps lessen belly bloat by pushing fiber through your digestive tract. Your best bet for reaping its de-bloating benefits is to toss some spinach into a slimming smoothie along with ginger, turmeric, and coconut water. Keep scrolling for a full recipe!

“If you do have an hour before the event, there’s nothing like a little sweat session for getting rid of bloat,” they say. “Do one of our video workouts, whether in a hotel room or your family room; they can be done anywhere. Even just sweating a little bit will help de-bloat you.”

Recipe adapted from the Tone It Up 8-Week Bikini Program.

FYI: These are the 10 foods all nutritionists recommend.