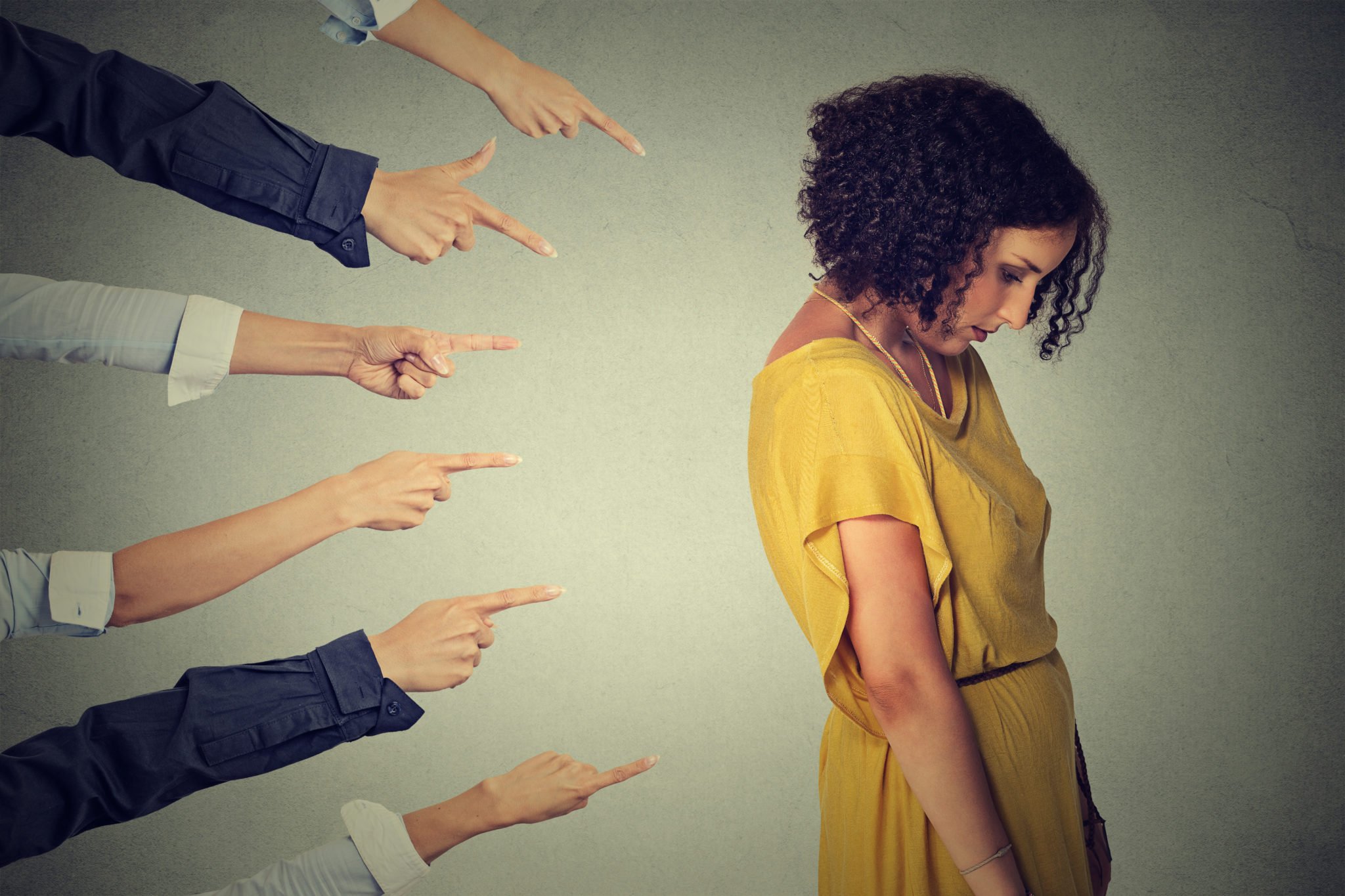 How To Deal With The Fear Of Judgment

My own inner voice chided, “You’ll be judged if people know you’ve been divorced twice.”

My plan was to keep that information close to the vest. I wouldn’t lie about it if someone asked. But I didn’t freely offer those particular details of my background.

I was afraid of what others would think. I was coping with shame. And I was nervous about not being seeing as a successful person — and certainly not a competent psychologist.

“What does she think she’s doing, trying to help others when her own life has been so messy?”

It’s true that some people can hear a fact about someone else– and make a quick judgement. Those people might learn of my divorces, for example, and never darken my door.

When mental illness is that fact — the thing you feel must remain secret — when it’s depression, problems with alcohol or drugs, struggles with panic and worry, restrictive eating or overeating — we fear a similar fate.

These rapid judgments only reflect ignorance, and a need to simplify or categorize life. If you earn a label, like “divorced person” or “depressed person,” you can be categorized as “bad” or “sick,” when neither is accurate or explains the total picture.

Yet this kind of black and white verdict can be hurtful and painful to receive. You’re already dealing with shame. Potential judgment or rejection from others can feel like too much to bear.

So many of us hide.

Maybe your doctor struggles with insecurity and depression from abuse he experienced as a child. Perhaps your yoga instructor has fought for control and esteem by eating very little or working out too much. Your accountant may be overly perfectionistic and constantly worry over minute details even when home, or your auto mechanic may have severe dyslexia and bear the emotional scars of being bullied when younger.

Yet you would never know it.

That doctor is still empathic and diagnosed your diabetes before it got out of hand. That yoga instructor has helped you connect with your body and your breath in a way that’s been healing. Your accountant has saved you so much on taxes, you can take a vacation. And that mechanic? He always has a smile for you, an explanation of what went wrong, and how he can fix it.

One of the gifts of being a therapist is realizing that most of us are dealing with something.

If we’re honest with one another — if we allow others into who we actually are, what we actually think and feel — we personally benefit, but we can also greatly decrease the prejudice against mental issues and actual illnesses.

To confront your fear, You have to believe this.

One fact doesn’t define who you are.

No one I’ve ever told in my office that I developed panic disorder when I was in my 20’s, and still deal with anxiety, has walked out, claiming I should heal myself before attempting to help others. No one who hears that my senior year of college, I ate around 700 calories a day, barely weighed 100 pounds and have had to work on self-esteem, has informed me that I’m obviously incompetent. No one who has told me that they’re trying to cope with the sense of failure around a first or second divorce, has ever rejected my help when I tell them I personally understand the path they’re on.

In fact, quite the opposite.

Fear of rejection has to be confronted, because it keeps so many from seeking the treatment, help and simple support that’s available.

If people judge, let them judge. So be it.

Many will not. Because they also have struggles, and may even tell you about their own.

If a patient of mine has kept their disorder or their struggles a secret, I often ask them to think of at least one person that they can be absolutely truthful with, someone that their intuition or their gut tells them would be supportive. What do I hear the vast majority of the time?

“When I began talking about my sadness, and my fight to even get out of bed, sure enough her husband had felt the same way years before.” Or, “I had no idea that his brother had been hospitalized. We sat, had coffee, and talked about it.” Or, “She so got my story, because she told me she had been to therapy due to what happened to her as a child.”

It may feel like a risk. But it can be worth it.

The relief is immense. You can be known, and accepted for who you are.

You can now listen to Dr. Margaret as she talks about healing from shame and many other topics on her new podcast, SelfWork with Dr. Margaret Rutherford. Click here!

How To Deal With The Fear Of Judgment was last modified: February 1st, 2017 by Dr. Margaret Rutherford