How I Fixed My Back With A Good Diagnosis 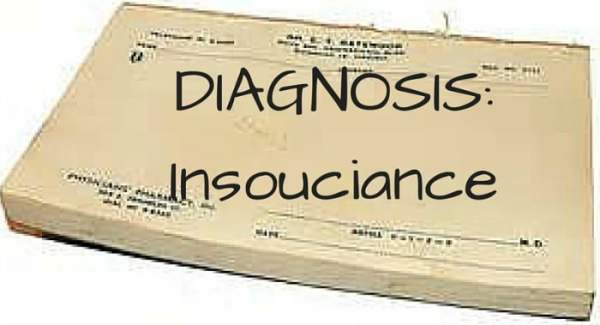 We were sitting in our ergonomically-correct chairs in the waiting room. “I blew my knee out skiing,” the middle-aged man with dark hair said. He was flipping through a magazine waiting for his physical therapist.

“Yeah,” the younger guy sitting next to him said, “I torqued my ankle playing lacrosse. Hurts like hell.”  The two of them looked over at me, expectantly.

Maybe I should have made something up. But yeah, the morning of my flight to Maui, I bent over and that was that. The muscles on the left side of my lower back went crazy and I could barely walk for the mother of all back pain.  It wasn’t the box. The box wasn’t even heavy. It was the bending motion.

Should I even get on the plane? I wondered.  Momentarily.

I popped three ibuprofens and went.  A five-hour flight, having to actually stand up (ouch!) and squeeze into the tiny restroom, and then having to get up from there (owww!). Not a pretty scenario.

The pills hardly touched the pain. My vision of long walks on the beach were gone with the tropical wind. But still, I was in Maui.

As the languid Maui days passed, I felt no real improvement. And then girlfriend and I headed over to the Grand Wailea spa, where I sat in a very hot hot tub for about an hour, and had a great massage by a masseur who knew what he was doing. When I got off the table, my back felt perfectly normal. Hurrah! So we headed off for a casual dinner. We sat in tall chairs at a tall table talking and munching our appetizers, when, out of nowhere, I felt a spasm in my back and it was out again.

How could this be? I was just sitting there doing nothing!  I was doomed to spend my week in Maui also in Pain. Because Pain is a location. It’s one you don’t want to visit. Trust me on that.

Give me drugs. Good drugs.

It was no better when I got home. At the two-week mark, I saw my doctor, who prescribed a whopping 800 mg of ibuprofen every eight hours along with a muscle relaxant. Now, I love me a good down drug, but this was not a recreational scenario. I NEEDED those drugs like a junkie needs his needle. The problem was that I couldn’t take it on an empty stomach. One must eat before ibuprofen or risk a stomach bleed. So every night I’d have to set the alarm and lay out half a sandwich, which I would force down in the wee hours so I could take my pill.

Doctor also sent me to physical therapy and threatened further investigation if that didn’t work. Physical therapy? I almost swooned with delight.

Dean, my physical therapist, examined me to assess the situation.  After a few pokes and prods, and a few exercises he made me do, he said, “Your pelvic girdle on the left is out of alignment.  We need to reset it.”

My pelvic WHAT?  Re-SET it? That did not sound like fun.

“You aren’t going to crack me, are you?” I asked, with obvious trepidation. “Because I don’t let anyone crack me.”

He laughed.  “No, we can reset it with exercise moves.”  I brightened.

At his direction, I did about half a dozen exercises and he felt around again and pronounced it much improved. My homework was to do the moves at home and come back every few days for rechecks.  To my delight, he also prescribed an ice pack and some “Stim.”

I knew “Stim” from another set of visits to physical therapy a couple years ago. It is electrical stimulation of the muscle.  Better than morphine, better than sex. No joke.

They hooked a few electrodes up to my back, asked me to recline with two plush pillows under my head… and sent buzzing electrical current to my back muscles.

Oh. My. God.  There is nothing better. It feels GREAT.  And it really does something to the muscle.

My Stim session was all too short, but when I got up from the table I was much, much improved. My doctor had approved 10 visits, so I had nine more dates with my new boyfriend, Stim. YES.

“So how do you think this imbalance happened?” M. asked me when I got home.

“You now how I stand around all insouciant, bearing all my weight on my left foot? I think that’s how. Or at least a contributing factor, according to Dean.”

I have never, EVER used  insouciant before, but obviously, it had been lurking somewhere in the recesses of my aging brain just waiting for an opportunity. Clearly insouciant is taking up brain space that I used to use for people’s names or the location of my cell phone.  They’re gone, and insouciant has moved in.

Oh, wait. You want to know what it means?

I was, of course, referring to the casual way of standing with one leg and hip taking the brunt of body weight. Sort of cocking my hip. It’s a bad habit of mine. But it contributed to my pelvic bones going all cockywompus.

I’m a few sessions into PT and it’s working well. Thankfully.  I really look forward to my dates with Stim.

This aging thing? It’s a bitch, ain’t it?

How I Fixed My Back With A Good Diagnosis was last modified: February 22nd, 2016 by Carol A. Cassara