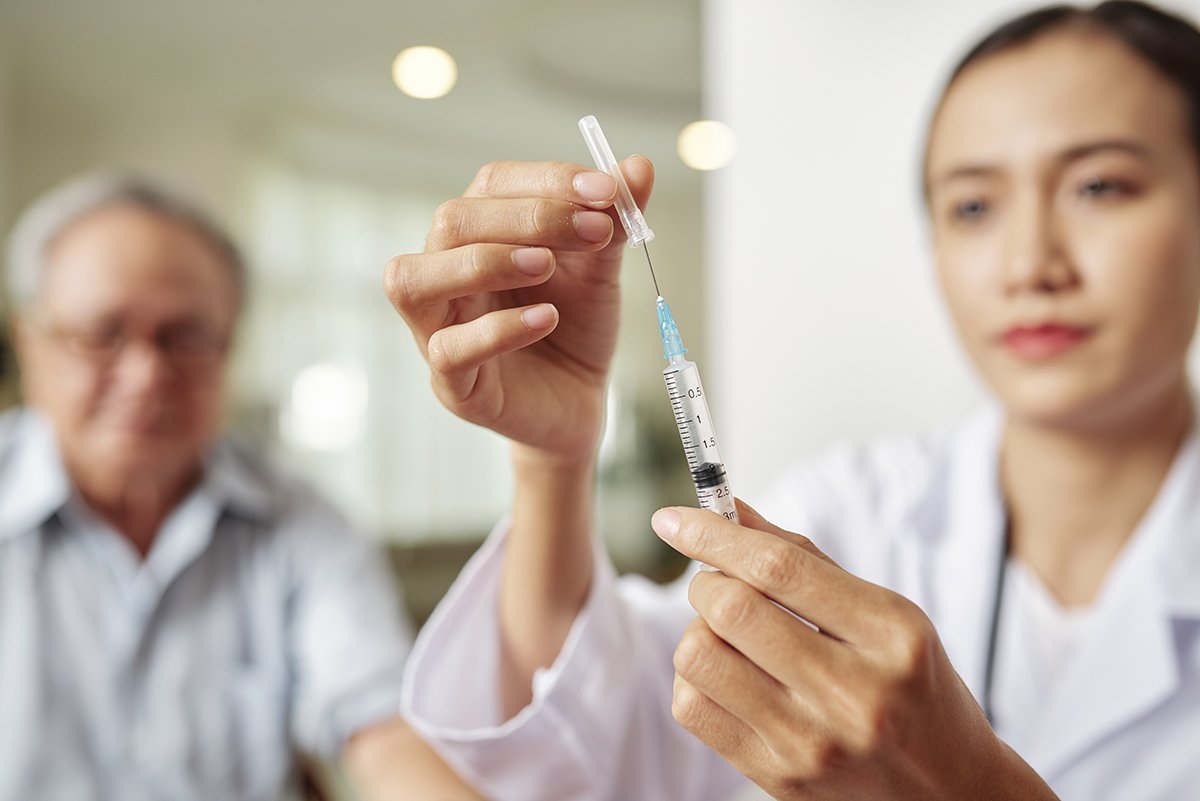 How Effective is the Flu Shot? – Flu Vaccine Effectiveness 2019

Throughout your life, you’ve probably heard two main things about the flu shot: That you should get it every single year, and that, even if you do get it, it might not completely protect you from the flu.

Turns out, both of those things are right. That’s because, while the flu shot is proven to help protect you against the flu, flu vaccines aren’t made with 100% certainty (they are made before flu season even starts, after all). Still, after years of making flu vaccines, they have a pretty good idea of what works, and what doesn’t.

How? It’s all pretty complex: “We use data from last year’s northern hemisphere flu season because that ends in February/March and the decision [about which strains to include in the vaccine] happens around the same time,” Yvonne Maldonado, MD, an infectious diseases physician at Stanford Health Care, tells Health, who adds that data from the southern hemisphere’s prior flu season (which happens from April to September) is also factored in.

Dr. Maldonado says that several estimation and predictive models are used in the decision-making process, but it’s always possible that a rogue virus will show up and lower the vaccine’s overall effectiveness for the season. She calls the virus “tricky” and says that even after all this time, no one really understands exactly how it works.

Take last year, for example, she says. “Last year one of the strains had major mutations and rendered the vaccine ineffective against that particular strain…and there’s no way to predict that,” Dr. Maldonado explains.

So, yes, the flu virus has a mind of its own, and all the predictive models in the world can’t guess at what it might do. But that doesn’t mean the vaccine is pointless. It can—and often does—provide valuable protection against a nasty illness that sickens

With that in mind, here’s what to know about this year’s flu shot—and flu shots in general—when it comes to their effectiveness, as well as what other factors influence how well it protects you from the flu.

Okay, how effective is this year’s flu shot?

To be honest, it’s still way too early to know how effective this season’s shot is, says Dr. Maldonado.

Why? Researchers can only figure out that number in retrospect as the season is winding down. Generally speaking, though, the vaccine’s effectiveness can vary from as little as 10 percent to as much as 60 or 70 percent, says Dr. Maldonado—with 40 to 60 percent being the average rate of effectiveness.

But even that 40 to 60 percent effectiveness stat can vary between people—that means your individual health status can change how effective the flu shot is for you. Take immunocompromised people, for example—anyone who’s undergoing chemotherapy, radiation, or taking another medication or has a health condition that lowers their immune response—those people, while they should still get the shot, won’t have as much protection against the flu as a healthy person.

“That’s actually one of the main reasons to get [the flu shot]” Jennifer Hanrahan, MD, chief of the division of infectious diseases at The University of Toledo Medical Center, tells Health. “You’re helping others in your community who have lowered immunity.”

Another thing that won’t necessarily dictate your flu shot’s effectiveness, but can make a difference in whether you get the flu or not, even with the vaccine: Your flu shot’s timing. In general, it takes about two to four weeks for the flu shot to become effective in your body—which means if you’re exposed to the flu during that time period, you could still technically get the virus.

Also, if you get your flu shot too early in the year—say, when it first becomes available in August or September—it may not last you through the entire flu season. So, your best bet is to get the flu shot by the end of October, says Dr. Hanrahan.

Of course, even when you have your flu shot, you still need to protect yourself against the flu (not 100% effective, remember!). “Basically everything your mother ever told you to do to stay healthy, you should do,” says Dr. Hanrahan. “Get plenty of sleep, don’t smoke, and wash your hands frequently, especially after you’ve been out in public.”

And if you do end up getting the flu this year, you can still contribute to the overall health of your community by staying home from school and work and practicing good hygiene (like coughing into your elbow instead of your hand).