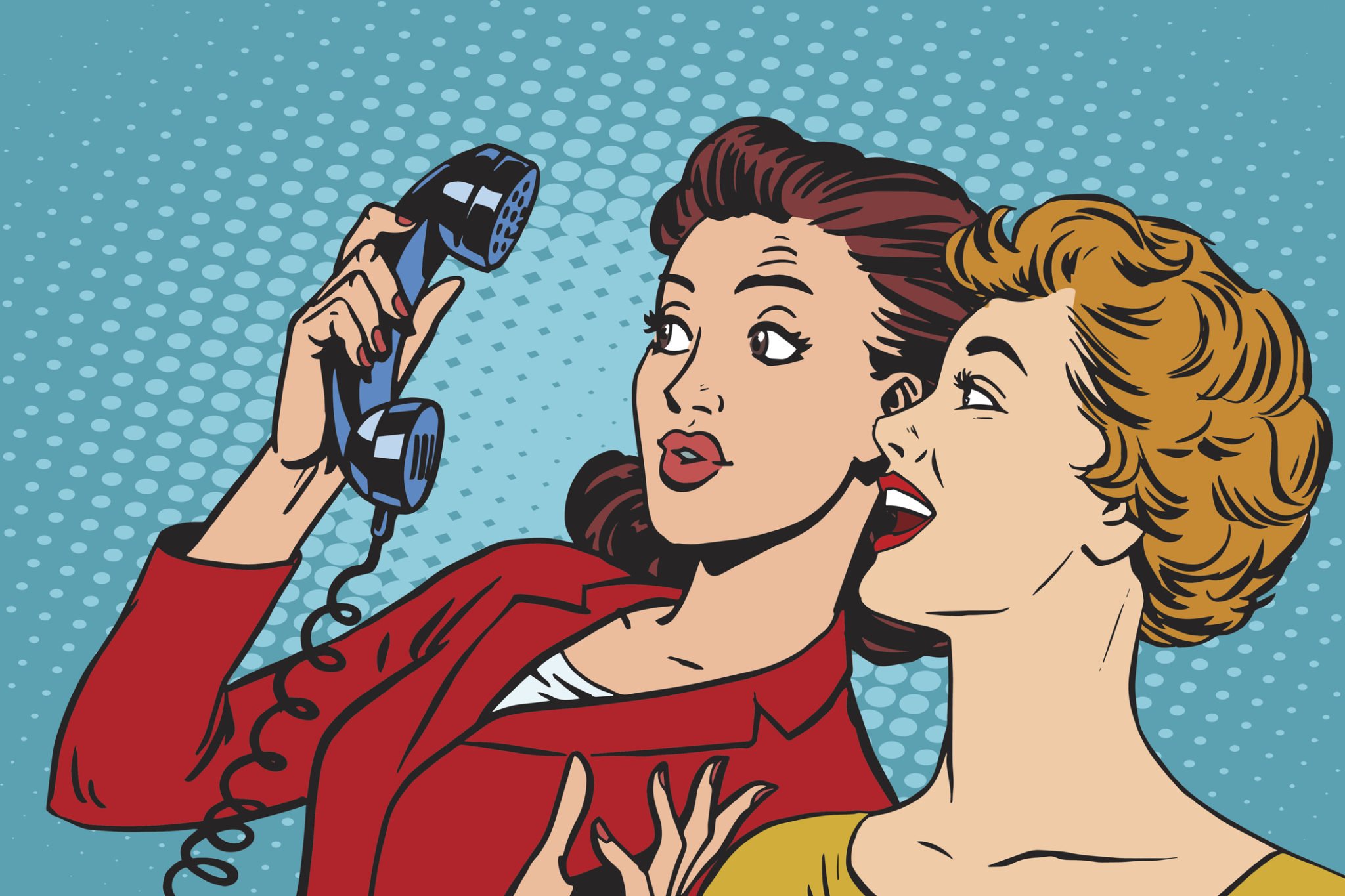 How Come Nobody Picks Up The Phone Anymore?

Remember the old AT&T slogan, “Reach out and touch someone?” Well my phone rang five times today and the only people interested in touching me telemarketer for three charities, a political campaign, and a real estate company. Conversely, I made three calls…all fulfilling responsibilities… returning a call to an elderly aunt, checking in on a sick neighbor, and offering some empathy to a friend having a tough time. Suddenly I realized that if you aren’t ill or unhappy, you probably won’t be hearing from me…at least by phone.

So what happened to long delicious catch up calls? The ones you can’t cut and paste…or skim. The conversations where meaning lies not just in what I said or the exact words I choose, but in the inside-of-the-ear intimacy complete with cackles and snorts and sighs and deep thoughts. In the softness or sharpness in my tone. In the emotional depth and texture of my words. Fran Lebowitz said, “Remember that as a teenager you are at the last stage in your life when you will be happy to hear that the phone is for you.” It was an OMG moment for me when I realized she might be right.

Two thumbs tapping has replaced two ears listening for most everyone’s communication needs. According to Vanity Fair, the number six thing people do with their cell phones is make a call. Number six! After texting and goggling and social media and directions and taking pictures. My own daughter can’t be bothered to leave a message if I’m not home when she calls. Waste of time. “You can see that I called so call me back.”

While s-l-o-w-l-y negotiating my way around this ever changing world of technology, I never noticed that speaking on the phone has become old school. Disappearing from my life, along with the curly cord that kept me tethered and focused, are the hours of serious/light/heavy/funny conversations, listening attentively… without folding the wash or emptying the dishwasher…to the voice of a lovely friend.

I read recently that when Siddhartha Mukherjee receives an invitation he cannot accept, he sends a text….Apologies. Unable. I get that he’s an insanely busy man. And that men love texting because audible words require effort, connection and sharing. Not their strong suite. But isn’t that response as rude as it is curt? Yet saying that, I find that I, too, lack the social graces I once had. I send emails way more than investing the time to verbally respond. Primetime to devote to a conversation is different for everyone. And if you call at the wrong time, it’s intrusive. I won’t ever phone a friend on her cell just to chat, assuming I’m interrupting her day and she feels as I do that unless I’m home…not at the gym or in the car or in a store…I’m not focused enough to pay enough attention to her words. And like my dinner reservations, last call for a welcome conversation has moved up a few hours, to early evening.

Am I too lazy? Too busy? Too tired? Too impatient to visit heart to heart by phone? My friends are certainly no less important to me than they’ve ever been. Several of them feel similarly, which makes me feel that maybe it’s that at this stage of our lives we use short calls, texts, and emails to make more frequent face to face plans.. We might live in a different age but our affirming, challenging, loving, restorative chats…warmer and more honest than any email or text… are not quite vestigial yet.

How Come Nobody Picks Up The Phone Anymore? was last modified: July 11th, 2016 by Marcia Byalick