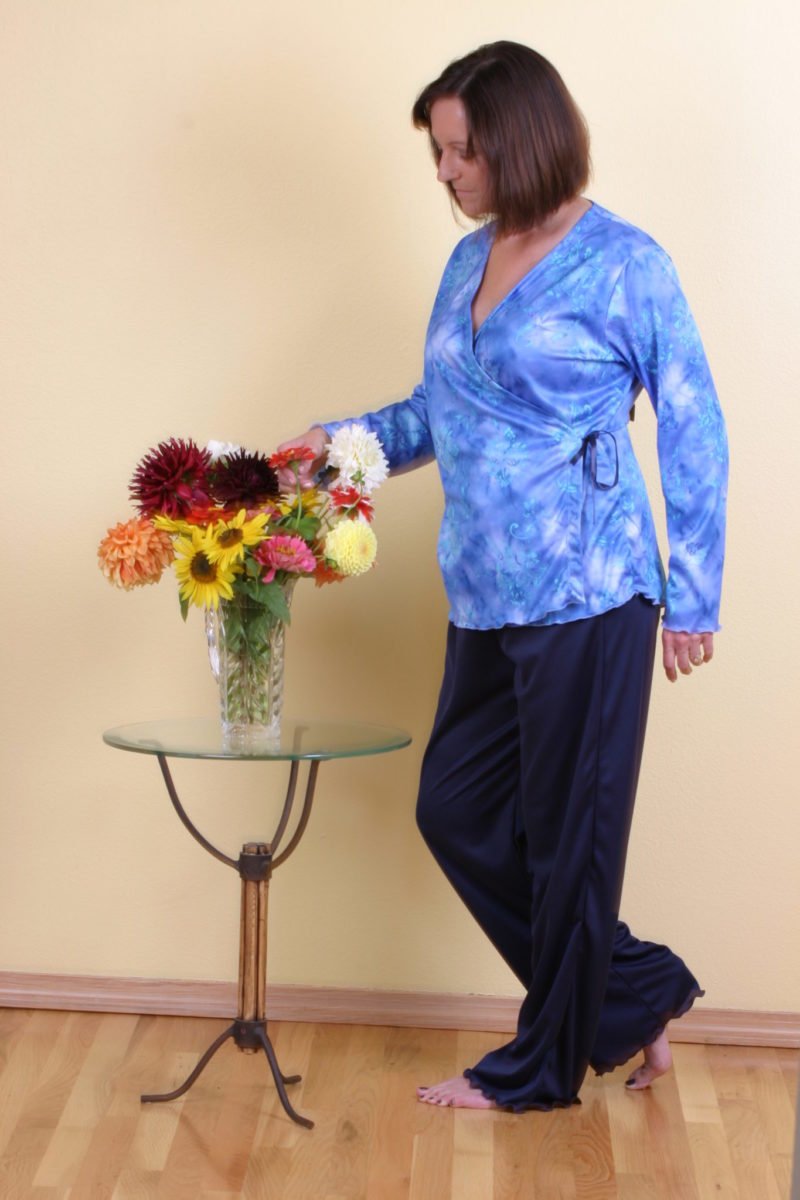 Few women would readily admit they were thankful for night sweats and cancer but for Portland, Oregon resident Haralee Weintraub, a downsizing at the pharmaceutical company she worked for — along with a diagnosis of breast cancer earlier that year — made her re-evaluate her life. Of course the fact that her treatments put the then 49-year-old in early onset menopause with severe night sweats that forced her to get up four times a night to change her soaked clothes just made things worse. Until one night, desperate for a good night’s sleep, she cut up a few pairs of old bike shorts — the kind that wick away moisture from the skin — and sewed them into a pair of loose thank-top style pajamas.

After sleeping well for the first time in months, she proudly showed off her pj prototype to her cancer group — who instantly loved it. They encouraged her to take the product to the next level and brainstorm new designs, everything from no seams to irritate scar tissue to no buttons for belly sleepers.
The end result — which took an inheritance from her father and money from her own savings, and goes by the motto “Cool Garments for Hot Women” — has turned into a bonafide $100,000 a year company that churns out moisture wicking sleepwear in a variety of styles and colors. Even better: Haralee, now 58, donates 2 to 5% of her profits to breast cancer research. Her advice to other women facing challenges or a downsizing at work? “Try to look at the big picture. If you can find a job that you love you’ll never mind going to work. Life is short — it sounds like a cliché — but it’s true. Who wants to be constantly unhappy in their life and have regrets?” she says.