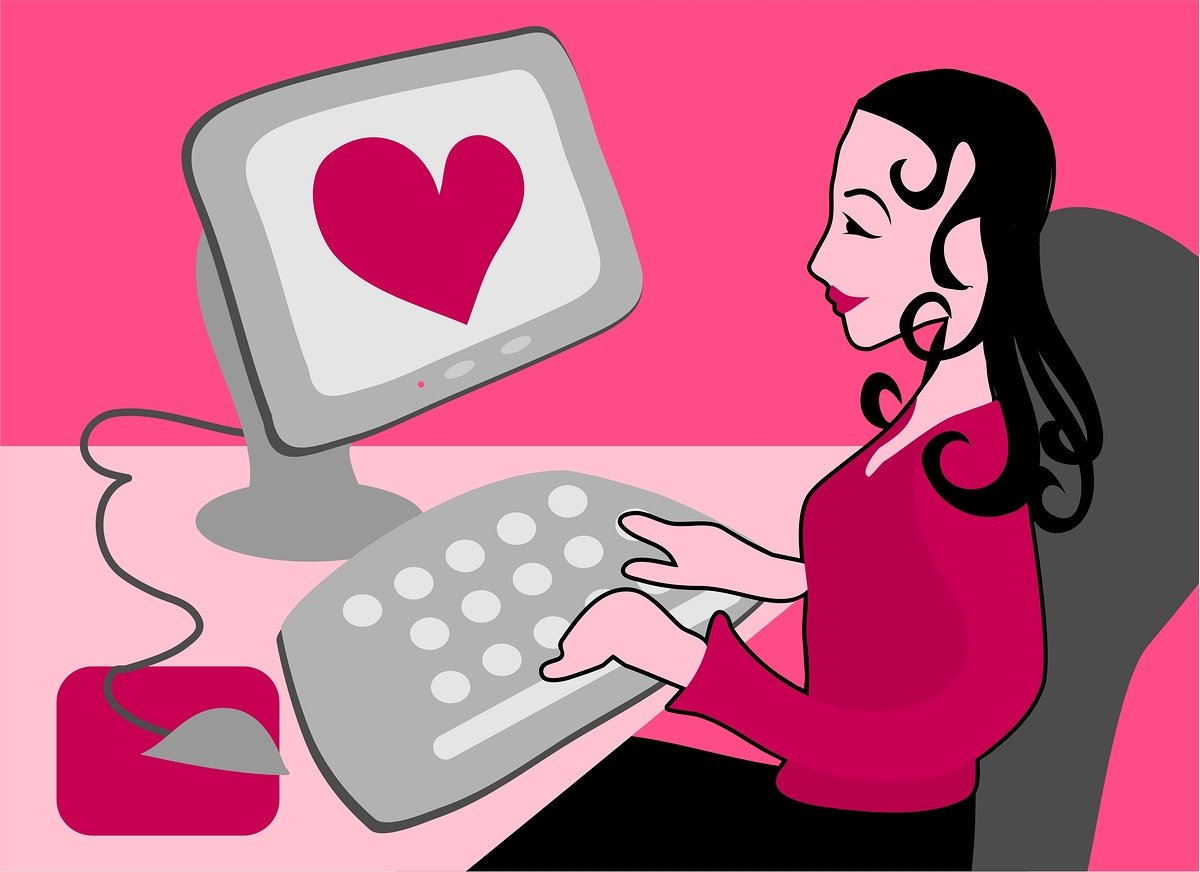 “Happy VD” From an Online Dater 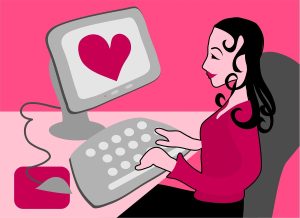 Valentine’s Day. You can’t ignore it. Its color schemes are capable of out-redding Christmas. The pink is not cute either–it mocks me. It is a girl’s color, and I am no longer a girl. Roses are an eternal cliché, you know…the thorns thing? Even Cupid bears arms.

I’d been happily enjoying a respite from dating after the end of a long-term off and on relationship, and then this “holiday” appeared on the horizon. So, I began searching again–not in the philosophical sense, but rather the technological one: Online dating sites (lower the lights and cue the menacing music).

The usuals were there–Footlova, Bedshaker and Lovetomakelove. I noticed that 15tolife was gone. Sad. (Maybe the guards took away his computer privileges?) I clicked on a few profiles: Men with boats, men with fish, the ones who hate argumentative women. It was getting boring. There were also the piranhas, as I call them. They click on you instantly and ask to chat as soon as you view them. (Don’t they work?)

One piranha’s favorite activity was “dinner in the shower.” I pictured myself doing this, and the vision included clumps of pork fried rice around my tub drain. I was tempted to write back and ask how this was possible, but decided not to ask. It could be a sexual reference, and if that were true, and I didn’t see it coming, it may send me into a depression from which only Cape Cod chips and a container of dip could save me. I just couldn’t afford to go up another pant size this winter.

So, I clicked on. And what to my wandering eyes would appear, but the very same SOB I dated last year! Apparently he is back on the market. He was a guy that I spent a fair bit of time with a couple of years ago. One Thanksgiving Eve, I received a phone call from a man I did not know. He informed me that his girlfriend was with “my friend.” Ironically, my “friend” was still texting me, probably from a men’s room somewhere, as I spoke to this stranger who had obtained not only my name, but also my phone number.

Oh, he had an explanation. She was his ex. I didn’t care. Game over. See ya. (I used to be tough once.) The holidays were harder than usual, but no harm, no foul. I even lost a few pounds from the shock of the incident and realization that people like this really did exist in our world! This would not happen again.

By Valentine’s Day last year, I was over the experience. Then the day arrived, and I  received a text from my former “friend.” Not one to elaborate, either by choice or lack of literacy, he sent a Valentine’s Day greeting which read “Happy VD!”   What was he telling me, and why was this happy?

I realized he meant Valentine’s Day, and felt such a rush of gratitude and good will toward the universe, that I made the mistake of responding. After a few more texts, and an especially cringe-worthy one with a colon and half parenthesis smiley face, we were back in communication. It did not end well–the details I will never divulge, except to say that Valentine’s Day is to blame. I was alone, and The Lord of the Flies came a–texting. He just sucked me in and I fell for it…again.

Rick Warren, the author of “The Purpose Driven Life,” was on a talk show the other night. He said God often removes people we care about from our lives in order to protect us. Let them go. Do not pursue them. I have one question: Reverend Warren–where the hell were you last February? Had I known this, it would have saved a lot of trouble. A warning would have been nice, but given my history, I probably would have disregarded it anyway.

So, ladies–as bad, uncomfortable and lonely as it MAY (I remain an optimist) get this February, do not pick up the phone, return texts or send anything with a smiley face at the end. Spend time with friends. Bake cherry vanilla scones. Practice your most frozen, insincere smile and repeat the words, “That’s great. I am really happy for you” as others tell you of the great plans they have for the day. If the day is not ideal, take it from me, there are alternatives, and not all of them are pleasant.  Don’t compromise or settle just because it is Valentine’s Day.

Besides, think of the profiles out there. Logging on and clicking away are steps in the right direction. Just by looking, you are admitting that you are ready for a change, and you are willing to allow yourself to be entertained. (And yes, some of these profiles are truly entertaining.) When you’re done, you may not have found a match however, you will know that you will never, EVER, be desperate enough to click back when LoveMyMum asks to correspond. As for Cupid, let’s hope he hits an ice patch somewhere, and his arrow winds up where it belongs.