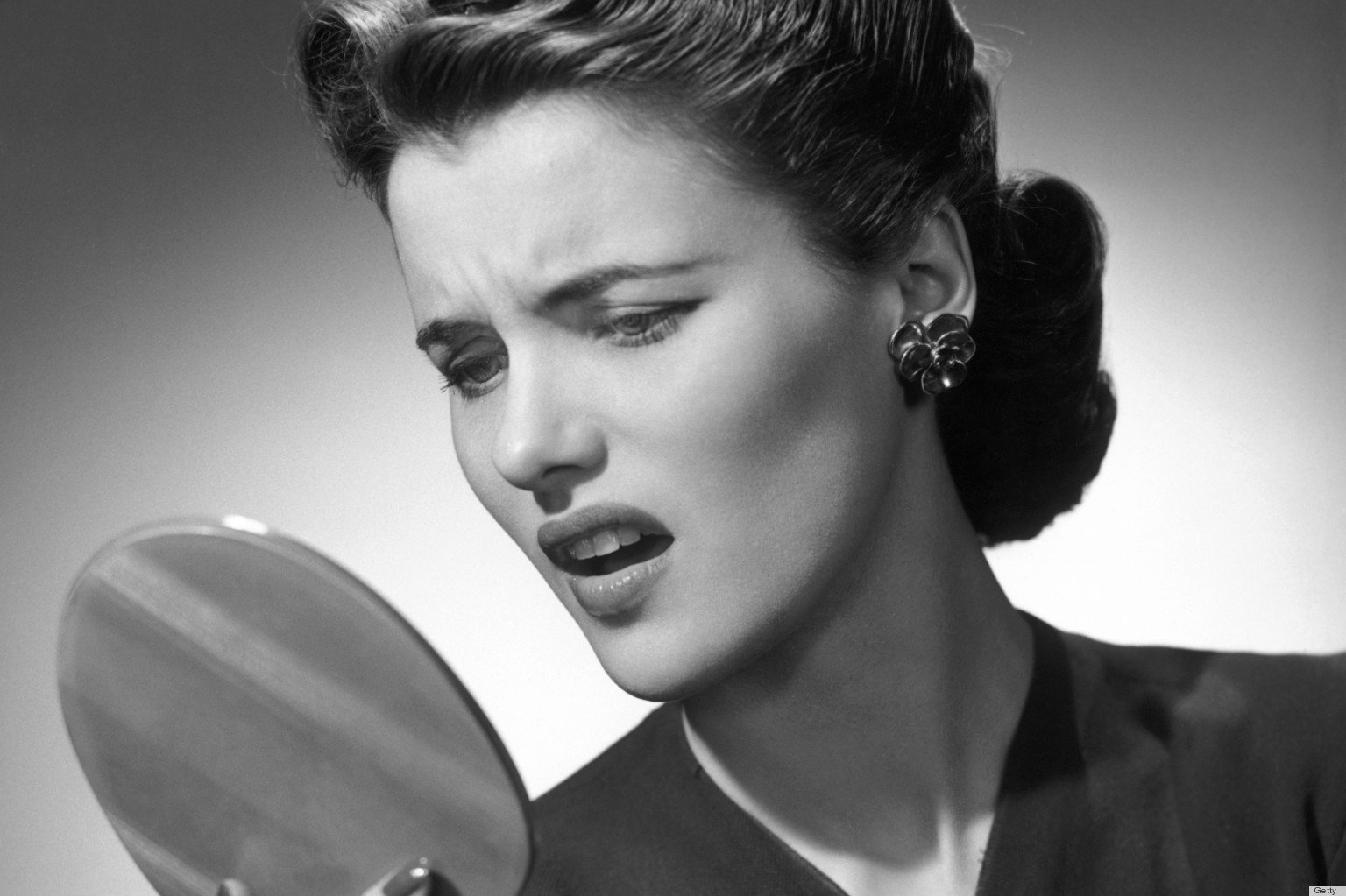 Got The Gray Hair Blues? 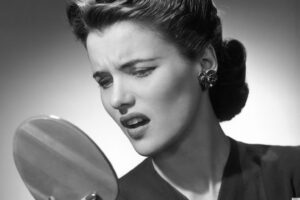 My mother’s hair faded from black to gray gradually during my early adulthood. It was never a topic of conversation. She took it in stride, as she did her wrinkles, an emergency hysterectomy, and the loosening flesh around her upper arms. Embracing the “anything goes” seventies, she also set aside her bra, Max Factor foundation, and weekly shampoo, set, and style appointments of the 1960s. She was the epitome of the natural woman, comfortable in her aging skin.

As I grew older, I fully expected to greet my own signs of maturity with the same benign acceptance. Until my first gray hair.

I was probably about forty-five when, gazing in the mirror, I saw a peculiar glint on top of my head. “Oh my God!” I gasped. Even my golden retriever flinched. There, in the middle of my otherwise coal-black hair was a silver strand. I raked frantically through the rest of my head, searching for another intruder, but it was a pioneer. Counting backwards from ten, I tried to quell my hyperventilating. Do I pluck it or leave it alone, hoping it won’t be contagious? Channeling my inner mother, I chose the latter.

But over the next several years, the silver cloud began settling over my head. When I had too many gray hairs to ignore, I made an appointment to consult with my stylist. “Of course you can’t just let it go,” she stated unequivocally. How would she send her son to college without the $150 coloring fees?

To hell with Joan Baez, Carole King, and Helen Mirren – gray hair made you look and feel old. And, as baby boomers all know, aging is for other generations.

Over the next fifteen years, I graduated from simple semi-permanent color to permanent color with highlights. And maybe lowlights, but I have no real idea what my stylist does when she’s applying all that smelly gunk to my hair. What I do know is that it costs me two hours of valuable time and a lot of cash to fight a losing battle.

I used to be able to stretch my color appointments to every six weeks but lately the greys are overtaking the blacks at an alarming rate. After just two weeks they’re stealthily creeping from my part outward. I can almost hear them mocking me as they make their descent: “We’re taking over, baby. Just give it up!” Or maybe that’s my knees complaining as I bend over to pick up the small pile of tortured hair that capitulates with every brushing.

Lately I’ve been giving serious thought to letting my hair do what it wants to do. Why fight Mother Nature? My husband is encouraging me to go grey as well. “You’ll look great!” he says, in the same tone he uses to help little old ladies cross the street. I mentioned the idea to my new stylist and, what a coincidence, she replied, with a note of horror: “Of course you can’t just let it go!” She, too, will soon have college-bound children.

But I’ve seen other friends go the natural route and they are surviving. Some are even flourishing, still welcome (at a back corner table behind the large potted plant) at Junior League luncheons. They might spend more money on costly, attention-diverting jewelry or Prada apparel, but going gray hasn’t seemed to hamper their prospects.

I’ve scoured the Internet for helpful advice. Headlines like “I Let My Hair Go Gray – And I’ve Never Been Sexier” are very reassuring. Now I just have to figure out a strategy to let it gray without too much pain. I’ve considered moving to a sparsely populated island. Or feigning insouciance, wearing my hipster hat from five years ago. Maybe I’ll try the Demi Moore look from G.I. Jane. She managed to reel Ashton Kutcher in after that, so how crippling could a buzz-cut be?

Last night, just as I was drifting off to sleep, I awoke in a clammy panic: Gray hair will probably call more attention to my wrinkles! I wonder how my mother would have felt about Botox?

Got The Gray Hair Blues? was last modified: August 11th, 2017 by Karla Araujo