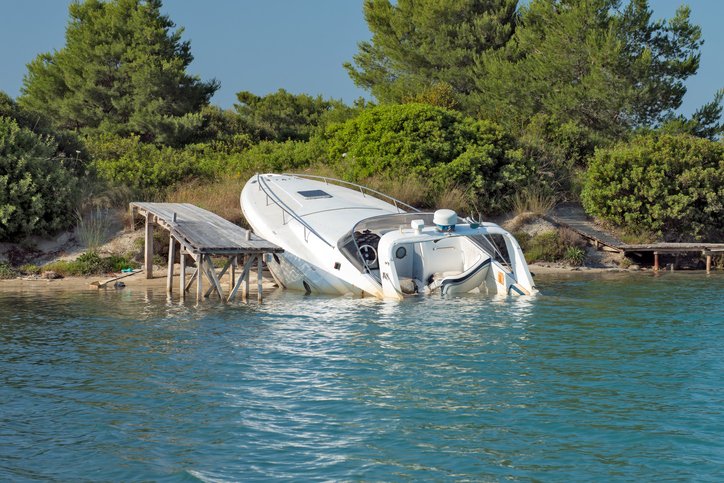 I’m sure you’ve had days like this: You pull up to a crowded parking lot, and find a space by the front door. You enter a nail salon without an appointment, and are greeted with, “pick a color.” You attack that pile on your desk, and actually get through it and think, “well that wasn’t so bad”. There are free samples of banana ginger smoothies on the street as you pass by your favorite juice bar. You turn on your radio, you know all the words to the song. The sun is shining. You fit into your skinny jeans. Yes, it’s a good karma day.

And I’m sure you’ve had days like this as well: It’s raining. You drive around for a half an hour trying to find a parking spot within a two-mile radius of your appointment. The valet costs $35.00, which you would reluctantly pay, if only you had remembered to go to the ATM. You make a special trip to the market, and the manager explains that your favorite cereal is not on the shelf (like you couldn’t see that yourself), but is expected in tomorrow. You can’t button your jeans. Your iPhone dies, just when the doctor finally decides to call you back. That’s a bad karma day.

A good karma day for Mike and me, while living on the boat, looks a little different. On a good karma day, the WIFI is strong. The dinghy doesn’t get filled with water overnight. The motor starts on the first pull, and there’s plenty of space at the dinghy dock where we can lock it up. The bus stops for us just as we arrive at the stop, and there are not 18 people crammed into a space meant for 15. There are empty machines at the laundromat. There’s Fiber One and Sabra hummus (even if it’s only the jalapeno kind) at the IGA. On a whim, we stick our heads into Budget Marine and there on the shelf is the new voltage regulator (how exciting!) Mike could not even find on the internet…and it’s 10% off!

By mid day, Mike and I generally have a pretty good sense as to whether it is a good karma day or a bad karma day. The other day, we should have known. The Wifi was weak. The fuel dock guy told us they had plenty of diesel…and 20 minutes later hailed us to tell us, “oh never mind”- they actually had no diesel, but would most likely have some on Monday (but then again…maybe not). The repair that was supposed to be done was not done, and the guy that was supposed to do it…well no one knew where he was. We were out of mayo, and all the tomatoes had gone rotten.

Why we didn’t cancel our outing to see the Leatherback turtles lay their eggs on such a bad karma day is a mystery to me. I guess we got caught up in the “this is a ‘bucket list’” mentality that so many of our fellow cruisers had shared with us. Leatherback turtles are mammoth! There are only a few places in the world that they hatch their eggs!  They come up on the beach and you can touch them! They are as big as a small car!  It’s remarkable!  You’ve got to do it!  So, we did it.

At 5:30 PM we met our private bus for the ride to the north side of the island where the turtles nest this time of year. We drove two hours in a van with no air conditioning and no effective suspension, up and down narrow, bumpy roads (more speed bumps than I’ve ever encountered), through block parties and town parties, and every other party you can imagine. The rangers gave their spiel, and then, starting at about 8PM, we went to the beach and waited. One hour. Two Hours. Three hours. No Leatherbacks. But there were plenty of bugs.

“This could be worse,” I whispered to Mike. “It could be raining.”

And that’s when the squall came in. We waited on the hot bus. We were approaching the four-hour mark. It was getting close to midnight. Which may not sound so bad to anyone under 80, except our boat bedtime is usually around 9PM. And we had the two-hour ride home. Not to mention, we were a touch hangry.

“How long do we wait here?” someone asked the driver.

“Until midnight,” he told us. “If there are no turtles by midnight, we go back.”

Silently I thought a happy thought that I would never voice, ”almost there… five more minutes of no turtles, and we are back in the van and I can have my snooze.”

But as I said, it was a bad karma day. At literally 11:59 and a half, the call came. A Leatherback was just starting to cover her eggs. It’s just that we had to hurry, because she was only going to do this for 15 minutes, and she was at the very far end of the beach…about a mile away.

Off we went (one guy stayed in the van, too exhausted to make the trip), rushing down the beach in the dark. I tripped and hopped over branches and seaweed. I tired to keep up so I wouldn’t get lost on the dark beach. No one had told us to bring our red headlamps, and no white lights (including flashlights or phones) were allowed-they scared the turtles.

But then, some time well after midnight (the karma had changed with the day) we saw her! Magnificent and gigantic on the beach, just coming out of her trance, glowing red from the red lights around her, slowly covering up the eggs that she believed were under her. In reality, the eggs had been moved by the rangers to move to a safer place (her chosen nesting place was not a safe one).

We got back to the boat, exhausted, at 3:30 AM. It might have been a bad karma day, but at least I got a story out of this adventure, and come midnight the karma clearly had changed- we saw a Leatherback turtle, and a big basket of turtle eggs.  But we can’t stop thinking about the other bus, the one that left a little bit early, pulling out of the lot at 11:55 PM to go home 4 minutes before we got the call.  I’d say their karma was a bit worse.