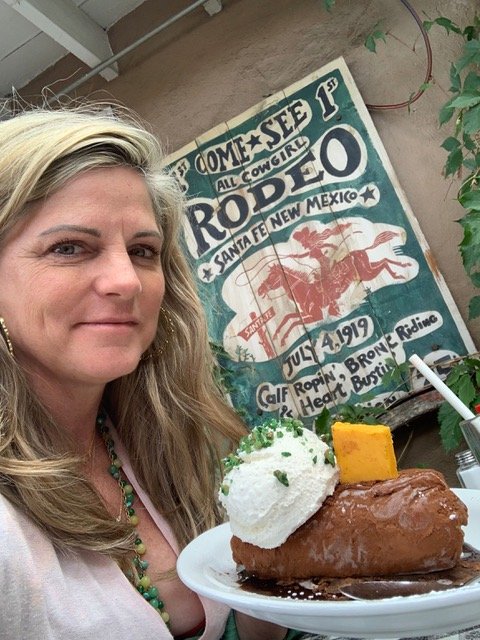 Going Out Solo After Divorce

‘What’s her story?’ I used to ask myself when spotting a woman seated at the bar by herself.

Now that woman is me.

Over the last five years separated and then divorced, I took baby steps to get there.

When married, I wouldn’t have dreamed of going out solo, but since living on my own in New York City, sometimes a friend wasn’t always available.

For my first solo foray, I purchased a last minute ticket to an off-broadway show. Single tickets are always available. Like a ninja, I slipped in just before the lights went down and slipped out before they came back on. My cool outward demeanor belied my quivering insides. When it was over, I said to myself, ‘that wasn’t so bad,’ taking in a big cleansing breath.

So I did it again. The second time I got there a little early. It was an unexpected pleasure to be able to study the Playbill with only the occasional interruption of having to let someone get by me. The third time, I thought I was so cool buying myself a glass of wine, feeling self-indulgent, and maybe a bit intriguing.

‘Look at her, having a drink while attending a show by herself,’ I imagined how others would view me. ‘What’s her story?’ Between sips of Pinot Noir, I glanced around at other people there by themselves.

More recently, I attended a comedy show in a big theater. It was refreshing to just run out the door in whatever I was wearing, my fourth-day hair pulled up into a sloppy bun, and a swipe of mascara. I arrived a little late but relaxed because I wasn’t responsible for anyone else but me.

Over the years, I even traveled to a couple of friends’ weddings by myself. I felt empowered to add a couple of days to the trip, relishing my time in museums and wandering the shops without anyone rushing me. But dining along was daunting. It felt a bit like cheating when I grabbed a salad and sat in the park instead of trying the local cuisine.

While attending a wedding in Santa Fe, a friend advised, “you have to go to Cowgirl BBQ. It’s fun and kitschy. Try the Ice Cream Baked Potato.”

After an inspiring visit to the Georgia O’Keeffe Museum, I walked over to Cowgirl BBQ for a late afternoon, no-judgement, dessert-for-dinner. The place was quiet in the early October orangey light. I was immediately seated at a square high top table with a blue and white gingham tablecloth. The walls were covered with vintage signs, images of cowgirls, old wagon wheels, and quirky art made from coffee cans and horse shoes. Above my head, a rainbow of festive punched-paper Mexican banners criss-crossed the outdoor seating area.

“I’ve been told I haven’t lived until I try the Ice Cream Baked Potato,” I said to the waiter. “And a margarita, please.”

“Let’s get you living, then,” he smiled.

While I waited for my order, I mapped out my itinerary for the next day, deciding on a visit to the New Mexico Museum of Art then a walk over to Canyon Road where the art galleries were located. Soon, my cocktail was placed in front of me along with what looked like a baked potato with a pat of butter, a dollop of sour cream sprinkled with chives, sitting in a pool of dark gravy. Of course, I took some pics for the ‘gram. I spooned some vanilla ice cream topped with chocolate sauce, whipped cream and candied walnuts, never once wondering if anyone around me was asking themselves, “what’s her story?” The sun was setting, the air was comfortable, and even though I was by myself, I thought, “this IS living.”

Going Out Solo After Divorce was last modified: January 28th, 2022 by Ginny Poleman