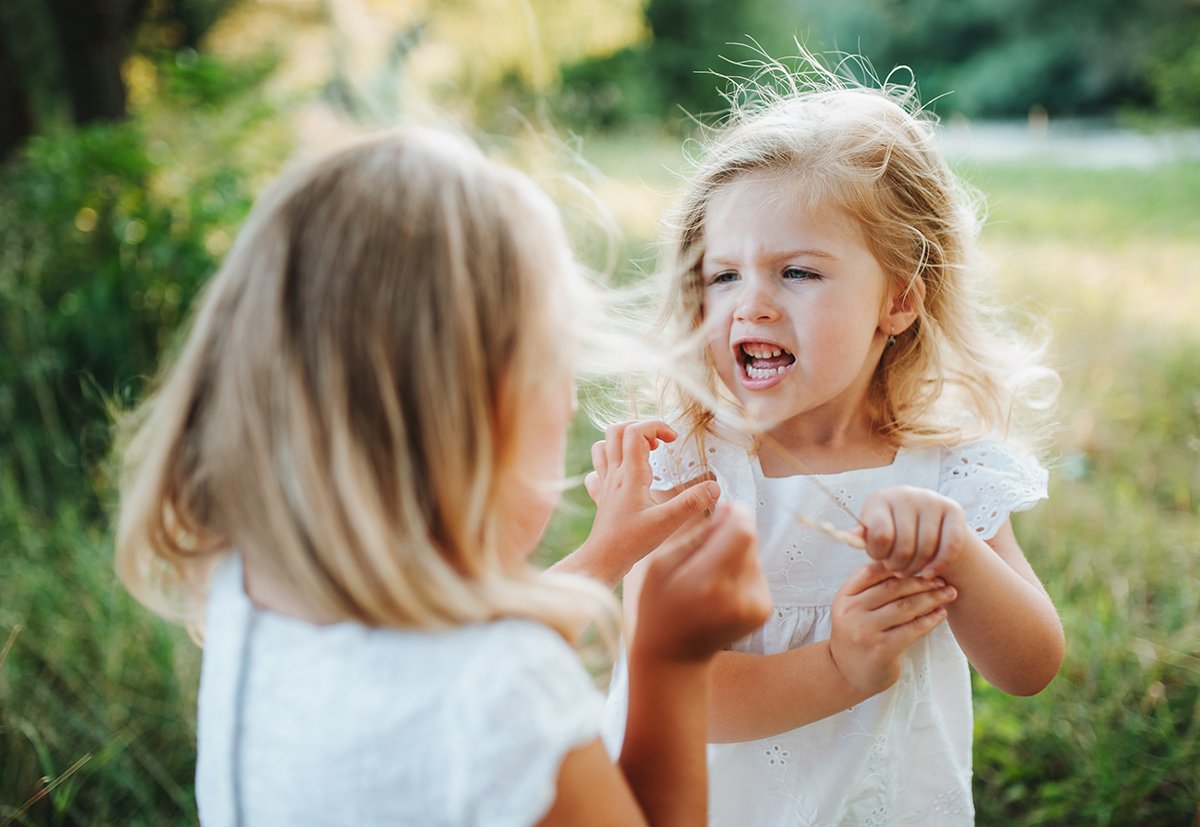 Getting to the Bottom of Destructive Behaviors

Many of our most destructive habits can be changed through coaching, training, or other developmental activities. However, not all troubling leadership behaviors are so easy to change. Even when they show early signs of shifting, some reappear over time. Despite well-intended efforts, many of us struggle to maintain the new and improved version of ourselves. Pressures and triggers can cause us to slide right back into familiar, though unwanted, behavior.

Science tell us that change is such an incredible feat because it requires engaging two parts of our brain. The front of our brain, the pre-frontal cortex, is where cognition happens. It’s the rational part of our brain that acquires new knowledge and skill. We use this when we are learning how to make a behavioral change. A separate part of the brain — often referred to as the “reward system” — provides us with motivation, or the “will” to change by releasing dopamine when we do something that feels good. You can think of this combination as the “will” and the “way.” When routine efforts to learn new skills or form new habits fail, it’s usually because they are only engaging one of these two areas.

But the most change-resistant behaviors add another layer of complexity to the problem because they are often rooted in formative traumatic experiences that are stored as memories in our amygdala. This is the part of our brain that senses and triggers emotional responses to threats. While memories live in the past, when our amygdala detects danger in familiar situations, we re-enact those experiences as if they were in the present and respond with self-protective behaviors that can have damaging side effects. When this happens, neither “the will” (motivation) or “the way” (cognitive learning) are sufficient to drive change.

So, what can be done? When I confront resistant behaviors in my clients — despite their genuine efforts to change — I use a more untraditional approach. As a first step, I aim to help them access the deeper narratives shaping their unwanted behaviors. It’s an approach I call “origin stories.” By no means does this method replace longer-term therapeutic work (sometimes it reveals the need for it). But it does provide a safe space for leaders to examine the origins of persistent, damaging behaviors, and build the awareness that is needed to at least set lasting change in motion.

If you, or someone you coach, has struggled to change chronic destructive behavior — anything from angry outbursts to freezing up in high-risk moments to asserting excessive control under stress — uncovering their origin stories may help you break through and make way where other approaches have failed to.

1) Write down the origin stories.

I ask my clients to recall scenes from their formative years, usually between the ages of five and 20, in which the importance of the behavior in question started to appear.

Clients frequently choose formative scenes involving pain and conflict, which tend to show up at the inception of their unwanted behaviors. I’ve never had a client struggle to recall a scene to write about, but they commonly struggle to pick which one to write about first. Depending on the time available, having them write down multiple stories sometimes unveils patterns that show me how the destructive behavior has been reinforced throughout their lives.

Take the case of my recent client, Andy, the division president of a global accounting firm. He was affable, articulate, with an infectious energy that earned him high regard. But these positive qualities were counteracted by a defiant need to be right, crave the spotlight, and talk incessantly. One interviewee told me, “Andy’s a great guy, but he’ll never change. He can’t listen, and if you suggest he’s wrong, he’ll talk non-stop, or belittle you, until you give in.”

During a four-day intensive, I asked Andy to write down stories from his formative years centered around times he learned that being both right about, and central to, so many issues became critically important to him. I wanted him to uncover why being wrong or on the periphery was threatening to him. My hunch was that Andy only felt safe when he was talking, and that having his views questioned triggered a sense of inadequacy and shame. The question I told him to try and answer was this: When and how was this behavior learned?

The origins of destructive behavior are almost always attached to well-formed narratives. These narratives serve as templates, or biases, through which we make sense of the world, and often manifest in reaction to experiences we faced earlier in life — or our origin stories. Unless we rewrite them, we spend our lives recreating conditions that reinforce them. But we can’t rewrite stories that we can’t even name. That’s what this step is about.

One of the stories Andy wrote was about the social struggles of changing schools when he was ten. Andy was both a severe stutterer and suffered with ADHD. His new school required him to attend “special education” classes in the middle of the day when everyone else was at recess. For two years, Andy’s daily walk of shame past jeering peers to what they called the “stupid classroom” set the stage for a defiance and shame that would manifest as the behaviors he now couldn’t change.

Though Andy’s IQ was high, his disabilities made demonstrating his intelligence on standardized tests impossible. Andy learned that to prevent being seen as “stupid,” he needed to be highly likable, articulate without stuttering, and consistently demonstrate how smart he was to others. To him, being smart meant being right.

I asked Andy to identify in one sentence what that vulnerable season taught him. The narrative Andy wrote down was: “Unless you can prove otherwise, everyone will see how stupid you are.”

His interpretation is starkly revealing. Andy didn’t believe he had to prove he wasn’t stupid. He believed he had to hide the fact that he was. Those years of ritualized public shame caused him to conclude he was inadequate, unintelligent, and therefore, had to adopt sophisticated behaviors to conceal that “truth” from others.

But his abrasive behaviors ended up doing the opposite — pushing people away and replicating his childhood experiences of rejection. Consequently, he had to acquire others’ acceptance and admiration using upbeat energy and brilliantly articulated ideas. Andy realized he’d spent his entire life perfecting a cycle that, while made him feel momentarily safe, yielded the very rejection he sought to escape.

3) Name the need the behavior is serving.

The anchor that holds troubling behavior in place is the need it serves. This step is about figuring out what that need is. Chronic, destructive behavior is usually an attempt to resolve the painful experience that initiated it.

When I asked Andy to tell me what he ultimately wanted, he said, “I want to feel like I belong just by being me.” The problem was that he learned early in life that he couldn’t both “belong” and “just be me.” As a result, he chose to concoct a new version of himself.

Andy and I discussed exactly what this meant: To counter his feelings of self-contempt and shame and purchase others’ acceptance, he made sure others believed he was an affable, articulate guy, especially at his place of work. His unconscious need to reinforce his own belief that he was stupid and unlikable is what made him resistant to change, despite cognitively understanding he should in fact change.

While he freely acknowledged the negative consequences of his behavior on others (cognitive) and desired to actually stop (motivation), the unaddressed pain of those formative years (trauma) was simply too formidable to be more than momentarily counteracted by his will or his acknowledgement. This cycle had set a destructive pattern into motion.

Once someone has identified the deeper needs that that their troubling behavior serves, no matter how irrational they seem, they can begin the process of change. But it will take time.

Sometimes the work of a trained therapist is best employed for this phase (old narratives won’t die easily). But, to start my clients off, I always ask them to take a stab at writing down a new narrative. For Andy, the prompt was: What would happen if you really were smart and didn’t need to purchase other’s approval with your enthusiastic energy or by using your verbal mastery to appear intelligent? Do you think others would still admire you if you were quiet?

For his new narrative, Andy wrote, “I am liked, smart, and safe even in silence.” The work of learning to embody that narrative will surely take him time, but the direction he needs to go is now clear, and he is on his way.

It’s common to dismiss formative stories as mere parts of our past. A divorce, a loved one’s fatal illness, being bullied, surviving a natural disaster, and many other experiences, can leave lasting marks that shape who we become. And even though the damage of troubling behavior isn’t excused because it has deeper roots, we also can’t dismiss every promising leader whose efforts to change have fallen short. If we did, leadership ranks would be dangerously vacant. Sometimes we just have to dig deeper to help those struggling if we want to see them flourish.

Maya Angelou said, “There is no greater agony than bearing an untold story inside you.” If you are wrestling with persistent destructive behavior, perhaps it’s time to excavate what untold story might be driving it. You will live a far more gratified life, and those you lead will be especially grateful.

Getting to the Bottom of Destructive Behaviors was last modified: January 5th, 2020 by BA50 Talkers